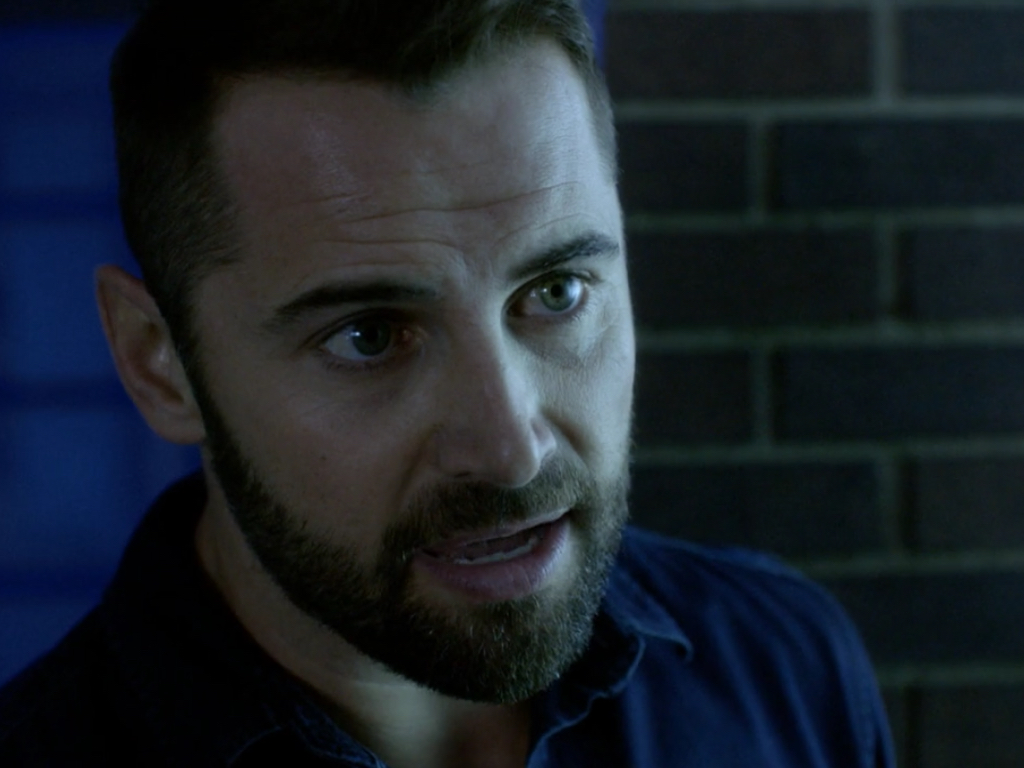 Viewers watching Fox’s APB might have taken a few minutes to recognize Daniel MacPherson. His ears are not pointy in the new police drama.

The Australian actor, who starred as elven prince Arion Elessedil in MTV’s “The Shannara Chronicles,” also grew a beard for “APB.”

“It’s a complete departure from the stuff I’ve done recently,” he said during a phone interview. “The last two movies I’ve been in have been science fiction; ‘Shannara’ was fantasy. So to actually just put on a suit and talk legal jargon was a little bit alien to me.”

MacPherson plays Scott Murphy, the ex-husband of Chicago detective Theresa Murphy (Natalie Martinez) and father of her son. The up-and-coming politician may be a recurring character, but he’s around enough to annoy Theresa and lodge like a thorn in the side of her new boss, maverick millionaire Gideon Reeves (Justin Kirk). In the series premiere, Gideon took over Chicago’s fictional 13th Police District and created the APB app for citizens to easily report crimes. The engineer also outfitted Theresa and her comrades with technology—drones, special gear and suped-up vehicles—to help them do their jobs.

Chicago’s mayor, however, isn’t a fan of Gideon or his methods. In the second episode, Scott told Theresa he is heading the mayor’s task force assigned to looking into the changes Gideon has made.

“He’s incredibly ambitious and very ego-driven,” MacPherson said. “I think he’s going to be—you say a thorn in the side—I say a pain in the butt.”

MacPherson and I talked more about “APB,” his new-found love of Chicago, where “APB” was filmed—and some of the Australian shows in which he has starred.

I didn’t realize when I watched the “APB” pilot that it was you and I’ve seen your previous work.

“Shannara,” yes, but even before that. “City Homicide” is on Hulu.

Oh, wow. Is it really? I should go back and have a look at that. That was many, many years ago. I was just a baby.

Wow. Well, I’m actually sitting next to my wife as we speak. She’s driving to my second training session of the day. Zoe [Ventoura] played Mary in “Wild Boys” and that’s how we met. Six years later, we’re here in the U.S. together.

I talked with your “Wild Boys” costar, Michael Dorman, here this summer. He was in Chicago shooting “Patriot.”

We had a good chat.

He’s a wonderful human being, that one. I know his star is rising but his show is, if the pilot’s anything to go by, his show is going to be extremely wonderful.

It’s fun to see older shows, like your former series “City Homicide,” and recognize actors from current fare: “Oh, wait a minute. Noni Hazlehurst is in ‘A Place to Call Home,’ and Nadine Garner’s in ‘Doctor Blake Mysteries.’ ”

That’s right. [Laughs.] They’re all Australian legends. Back home, Nadine and Noni are veterans of the Australian industry.

“City Homicide” is one of those jobs that I wish now I could almost go back and do again. It had such great writing, such a strong cast. When I was doing that I was 26 and now I’m 36. I just learned so much in such a wonderful decade of growth in my acting career and my acting ability. I kind of didn’t realize how good I had it back then. It’s one of those experiences where I just wish I could have another crack at that.

Sorry to get side-tracked with my obsession of international TV. Let’s talk about you and “APB.” You’re sort of a villain?

[Laughs.] I kind of like it, you know? Partly because I spent most of my younger career playing nice-guy pretty boys, it’s nice to grow the beard out and get a bit down and dirty. I kind of enjoy these characters. Also on a show like “APB,” it means I get to go to work every day and butt heads with a caliber of performer like Justin Kirk or Natalie Martinez or Ernie Hudson. That was amazing.

Is Scott going to meddle in District 13’s business—and Theresa’s?

Tell me about this task force he’s on.

I’m sure there’s been some meddling with the mayor off air, but Scott has managed to find himself at the head of the District 13 investigative task force. And again, it leaves audience to question what his motivations are—whether he’s truly investigating the validity of the 13th District, whether he’s trying to win brownie points from the mayor, or whether he’s trying to get a victory over his ex-wife. Maybe it’s a combination of all three, but it sort of unravels as it goes.

How convinced is he about Gideon’s ideas?

One of the lovely things about the premise of this show is, because all of the technology is specifically designed and specifically brought in to be technology that is not far out of our reach, it could conceivably be part of policing in the near future. So characters like Scott, characters like Theresa, truly get to be the eyes of the audience as they make up their minds going, “Well, is this the way that we want to take law enforcement in this country and indeed the world?”

Does Scott get to drive the “bat mobile” or the suped-up motorcycle?

No! Every time I see the show runners I’m like, “Come on. Come on. Scott’s really got to get into the action.” But as far as I can tell you, as far as I’m allowed to tell you, Scott stays very much office bound and has his head in the law books as opposed to behind the wheel of the bat mobile or behind a taser.

Daniel MacPherson as Arion Elessedil in “The Shannara Chronicles.” (MTV)

I loved Chicago. I’m wearing my Bears hat as we speak. I just fell in love with that town. It was 85 degrees, sunny, and I spent most of my spare time running and riding the Divvy bikes along the lake and whatnot. Then I got a real taste of what a real winter is in January this year. From Australian sensibilities that was quite a shock. But I love that city. I love the people, we were so warmly welcomed. I had a great time and hope that I’ll be back soon.

You did get a little bit of cold in January, but we haven’t had much.

Yeah, I got a little bit. I kind of embraced it, you know. I made sure I went out and walked around the block a couple of times just to really feel what apparently a mild Chicago winter feels like. There were some snow days and some windy days. Australians will quite happily whine about the weather, whether it’s too hot or too cold. I loved the fact that everyone in Chicago just gets on with it regardless, you know? There’s a great vitality to that city and the people that live in it and I just loved it. It went straight to the top of my city list around the world.