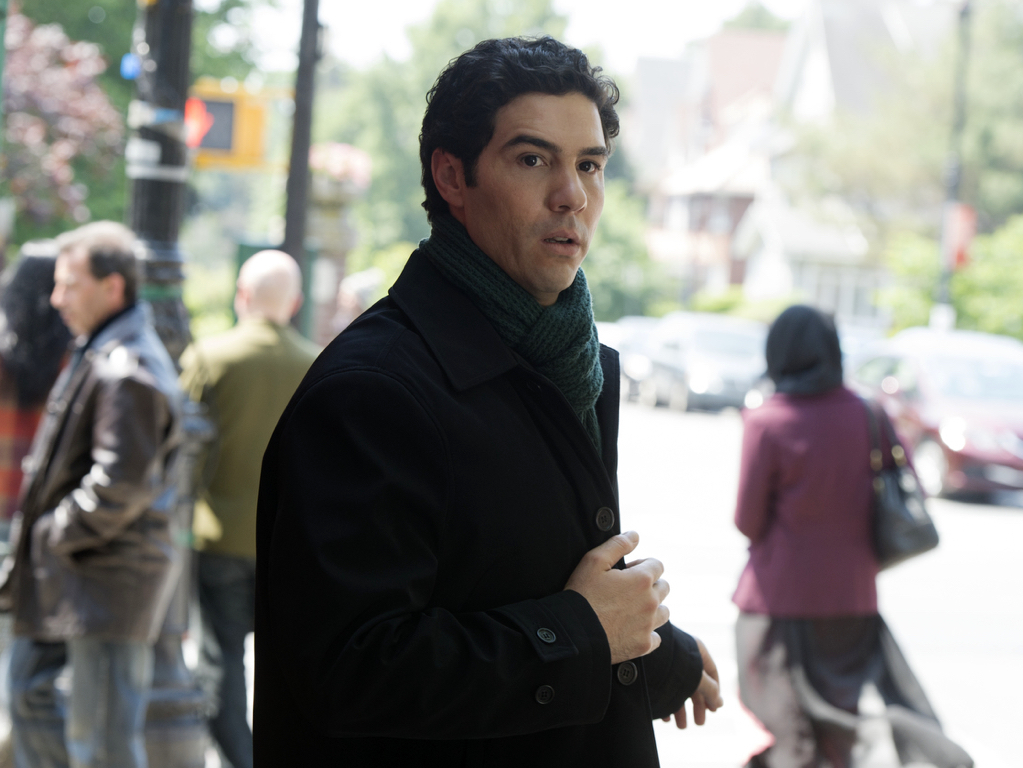 Hulu’s The Looming Tower tells a shocking true story that not even many Americans may remember—or ever knew—about the history leading up to 9/11.

Based in part on Lawrence Wright’s Pulitzer-winning 2006 nonfiction book “The Looming Tower: Al-Qaeda and the Road to 9/11,” the drama traces the rising threat of Osama bin Laden and Al-Qaeda. Sound dry? Co-creators Dan Futterman, Alex Gibney and Wright have crafted a somewhat fictionalized version of real events that has the suspense of an espionage thriller.

The 10-episode series also shines a glaring spotlight on infighting between the CIA and FBI that many believe allowed 9/11 to happen.

But the “hook” of the project, said writer Futterman, was the story of FBI agent Ali Soufan, portrayed “brilliantly” by Tahar Rahim. Soufan played a major role in the FBI’s terrorist investigations from the late 1990s until he left the Bureau in 2006.

“The opportunity to tell the story of a Muslim-American hero, an immigrant from Lebanon, was really exciting—particularly in these times,” Futterman said. “Ali Soufan is a true patriot. He served his country.”

Rahim, a French actor of Algerian descent, agreed that Soufan’s story resonates even more 16 years after 9/11. Immigrants, especially those from Muslim countries, are under fire by not only the Trump administration, but also Americans expressing hate toward any ethnic group.

“I think it’s important today to represent someone from the minority who’s a hero and who’s fighting against this horror [of terrorism],” Rahim said.

Both men spoke in January about the Hulu series, currently streaming new episodes every Wednesday, at the TV Critics Association winter tour in Pasadena. I chatted briefly with each after the show’s presentation.

Rahim, who was a 20-year-old film student in France on Sept. 11, 2001, said he remembers exactly what he was doing when he learned of the attack on the World Trade Center.

“I was shopping when I heard on the radio a plane crashed into one of the towers. I ran into a Virgin store to find a TV,” he said. He arrived just as terrorists crashed a second plane into the south tower.

“It was a shock. I couldn’t believe it,” he said. “I thought about all the innocent people who died and asked myself why someone would do that.”

One of the people who died in the north tower was John O’Neill, the former FBI counter-terrorism chief who had taken a job as head of security at the World Trade Center earlier in 2001. Jeff Daniels portrays the combative O’Neill in “The Looming Tower.”

As the series begins, O’Neill asks Soufan to join the FBI’s I-49 unit, which is tasked with investigating Al-Qaeda. At the time O’Neill was the Special Agent in Charge of the FBI’s National Security Division in New York.

O’Neill already is battling with national security officials and the CIA because the CIA was not sharing valuable intelligence with the FBI. Futterman created a fictional character, CIA analyst Martin Schmidt (Peter Sarsgaard), as a composite of several real people within the CIA who clashed with O’Neill over withheld information.

O’Neill, who had become something of a mentor to Soufan, orders the younger agent to learn more about Al-Qaeda’s plans in the aftermath of the Aug. 7, 1998, nearly simultaneous bombings of U.S. embassies in Dar es Salaam, Tanzania, and Nairobi, Kenya.

Soufan was 27 at the time, just a handful of years into his FBI career.

“What surprised me [about Soufan] was that a young man wants to change the world when others just want to go out and get drunk,” Rahim said. “Psychologically that’s a question to build a character.”

Futterman was intrigued by Soufan’s struggle to “wrest his [Islamic] religion back from those who are hijacking it for a terrible purpose.”

The writer joked that he had to do “a lot of homework” to research the series. Besides the main source material, he read Soufan’s book, “The Black Banners,” as well as the 9/11 Commission Report and other government documents. He also conducted interviews with former government officials at the time.

“[This series tells] a lot of important stories,” Futterman said. “To me Soufan’s story feels like, in certain ways, the most important one.”

Rahim didn’t know anything about Soufan before taking on the role. After reading Futterman’s pilot script, he said, he had to meet Soufan.

“I was seduced by the part and how Dan wrote it,” Rahim said. “But just as an actor I needed to know more about the real guy. So we talked on Skype, and he taught me his story and how he got involved in the FBI.”

Rahim believes Soufan was inspired to become an agent after being traumatized as a child by the civil war in Lebanon. He immigrated with his family to the U.S. in the 1980s after witnessing years of violence and terror.

“He couldn’t save people. [As an adult] he wanted to be someone who can do something good for the world,” Rahim said. “I was happy to portray a hero who is fighting in the shadows to make the world a better place.”

Futterman was equally happy to get Rahim for the role. He first saw the actor in the 2009 film “A Prophet,” for which Rahim won a best actor César Award.

“I remember thinking, ‘Who the fuck is that guy?’” Futterman told me. “I asked my wife, ‘Do you think we’ll ever get to work with him?’”

“He is such a good actor,” Futterman continued. “I hope American audiences latch onto him and he gets to work again and again. It was a fascinating experience with him.”

Rahim, who has moved to New York with his family, was equally effusive about Futterman’s work.

“He wrote a beautiful part in a beautiful project,” he said. He hopes Futterman’s efforts inspire audiences to think about the historical events depicted in the series.

“We have to learn from our mistakes,” he said. “Because if you don’t learn about history, you’re doomed to repeat it.”