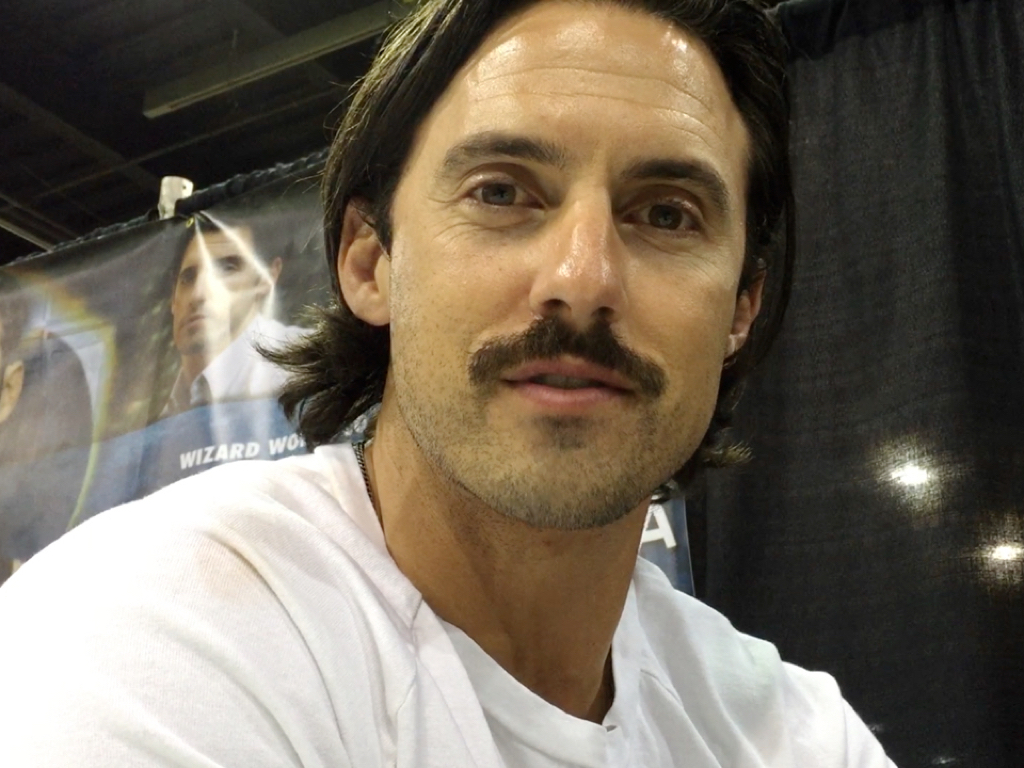 Milo Ventimiglia talks about "Gilmore Girls" and "This Is Us" at Wizard World Chicago Comic Con 2016.

Milo Ventimiglia: We all have butts

Milo Ventimiglia doesn’t mind that millions of people have seen his butt. The actor seems pretty Zen about the exposure as he connects it to the deeper meaning of his latest project, This Is Us.

“We all have them. We all have moments where we are completely bare,” the 39-year-old said during Wizard World Chicago Comic Con. “It’s life; it’s just all a part of life.”

Well, maybe it’s part of Ventimiglia’s life, who also appears in the “Gilmore Girls” revival this fall. We all can’t boast that our rears racked up more than 8 million views online. That’s how many times viewers have watched the official trailer for “This Is Us”—complete with Ventimiglia’s bare bottom—on YouTube alone since its debut in May.

The series, which premieres at 9 p.m. Sept. 20 on NBC, follows four different characters as each is about to turn 36 years old. Ventimiglia plays birthday boy Jack, the loving husband of Rebecca (Mandy Moore), who is expecting their first baby as the series begins.

Justin Hartley, Chrissy Metz and Sterling K. Brown play the other characters celebrating their birthdays. Created by Dan Fogelman, the family drama is one of the buzziest new shows of the fall.

“It’s a heartfelt show,” Ventimiglia said. “You will laugh your face off and you’re going to cry. It’s a human story.”

He sees “This Is Us” as an antidote to shows about super heroes, crimes and scandalous goings-on that are prevalent on TV these days.

“Gilmore Girls: A Year in the Life,” his other high-profile fall release, fits into that same “human story” category. Netflix launches the much anticipated revival as four feature-length episodes on Nov. 25.

While Ventimiglia is keeping mum about “Gilmore Girls” details so fans can experience the story themselves, he can’t say much about “This Is Us” almost any detail will spoil a twist at the end of the pilot that even surprised the actor.

Ventimiglia “fell in love” with the reveal as well as the story and its characters, all of whom will bare themselves emotionally while dealing with issues that many of us face.

“I went, ‘holy shit,’ and … I flipped to the final pages and then I went right back to page one and I re-read [the whole script],” he said.

This is Us review: Cry all you want

At the time, though, he didn’t realize he would be completely naked in the opening scene and have to field questions all summer about it.

Ventimiglia talks more about “This Is Us” and his butt in the video on this page.