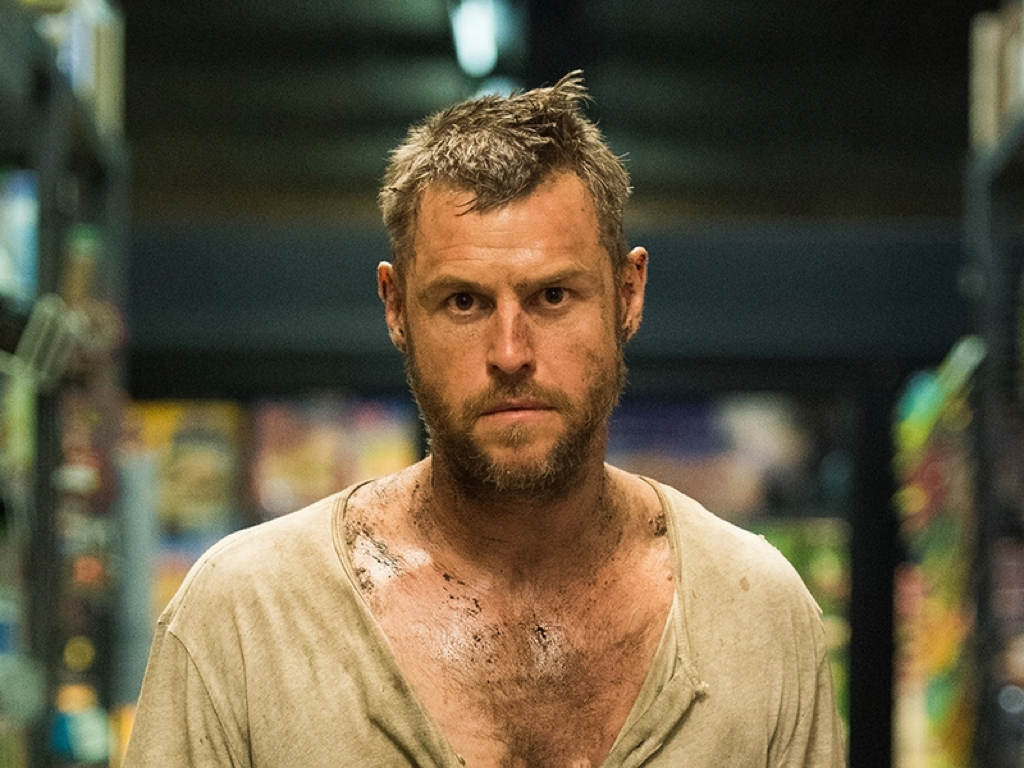 Rodger Corser stars as John Doe in Season 2 of "Glitch" on Netflix.

“All he seemed to do was fight and fuck in Series 1,” Corser said earlier this year. “It’s pretty much the same in Series 2, but they gave me double the dialogue, which still isn’t much.”

These formerly dead folks, called the Risen in “Glitch,” are nothing like the undead zombies in “The Walking Dead.” They look exactly like they did before they died, and like live people, they bleed. When the Risen try to leave a specific area, the bleed from their eyes and die permanently.

Rodger Corser as John Doe in Season 1 of “Glitch” on Netflix.

The six new episodes also explain why the Risen can’t leave Yoorana, as well as “the science behind what happened” to them, Corser said, and introduces new threats to the group.

And yes, fans will learn all about Corser’s character. The “fighter and fornicator” was the only one of the seven original Risen not given flashback scenes in Season 1.

“He gets his memory back and we see a lot more of who he was and why he has a connection with Dr. Elishia McKellar. There’s a reason why they’re drawn to each other,” Corser said, teasing: “Maybe they’re at the epicenter of why all this happened.”

John Doe (Roger Corser) reunites with Elishia (Genevieve O’Reilly, left photo) but faces a new mystery when he meets someone from her past (right photo).

More screen time gives the veteran Aussie actor a chance to explore the character in both present day and time-jumping to his past, which includes a prison yard whipping and wrongful conviction for highway robbery, murder and the desecration of a corpse.

No wonder John Doe was so angry when he first came back to life.

Corser, however, was happy to return to “Glitch” after headlining the comedy “Doctor Doctor,” in which he plays a hotshot surgeon who is decidedly more verbal than John Doe. (U.S. viewers can stream “Doctor Doctor,” titled “The Heart Guy,” at Acorn TV.)

“Glitch” owes its second season in large part to Netflix, Corser said. The service injected new life—and money—into the show after it streamed in the U.S. in 2016. The first season originally aired in 2015 on Australian network ABC, and hadn’t been renewed until Netflix expressed interest.

“It’s quite exciting,” he said. “They’ve really done a great job this year, because there were a lot of unanswered questions from Series 1, and some of the feedback online was a bit like, ‘Oh, is this going to be like “Lost” where you set up all these scenarios and you never answer them?’”

“This season,” Corser assured fans, “has a lot more payoff for viewers.”

More from Down Under