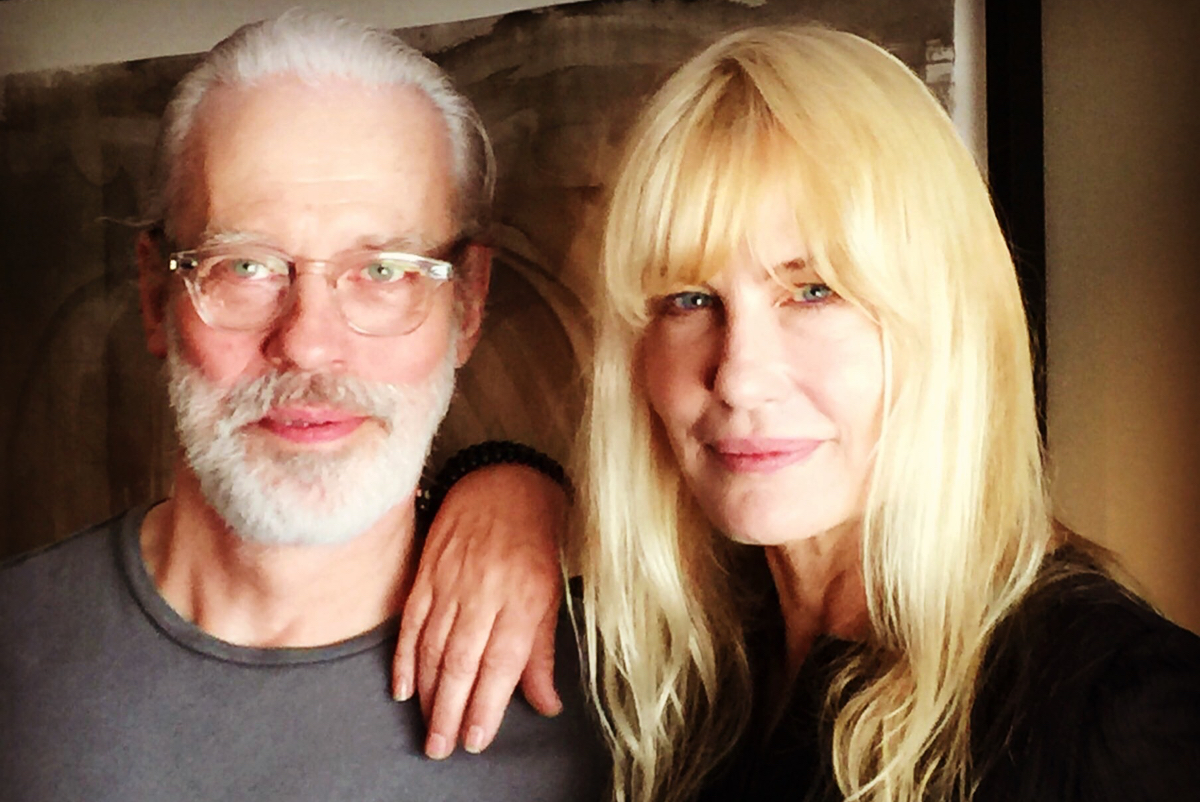 Terrence Mann and Daryl Hannah discuss "Sense8" in summer 2016 at the James Hotel in Chicago.

Daryl Hannah and Terrence Mann play characters with complex, shared histories in Sense8, but the actors didn’t know the extent of those entanglements until filming Season 2.

Hannah’s Angelica Turing “birthed” the sensates at the center of the story originally from Lana and Lilly Wachowski. Mann’s Mr. Whispers is hunting the eight former strangers who now share a psychic connection.

Despite being on opposing sides of a decades-old struggle, Angelica and Whispers have more in common than fans might think, the duo said. Not that they were going to reveal any spoilers—almost!—to a group of reporters quizzing them last summer while they were filming Season 2 in Chicago.

Here’s an edited transcript from our conversation with the actors, who return for the new season May 5 on Netflix.

Daryl Hannah finds more of herself in Angelica in the new season. (Murray Close/Netflix)

Why is Whispers so evil?

TM: It’s what she did to me. It all comes back to the Angel.

She left you or something?

TM: Science has a broad spectrum of understanding and I think that that’s where science and science fiction intersect. What science is trying to do sometimes can seem like a horrible horror film, but actually they’re accomplishing an awful lot. That’s my story about Whispers and I’m sticking to it.

DH: That’s really interesting—and true. A lot of times they have done horrible things in order to learn things.

TM: You don’t want to state the obvious about when you talk about World War II and a lot of the horrible stuff that went on. This is entertainment so it doesn’t fall into that category. But really bad guys are complicated, you know? They’re not only as deep as a teaspoon. That’s what makes them … the characters you hate to love or you love to hate. Hopefully that’s where I am. … It’s fun to play.

Does his mission have anything to do with what Ursa said—that sensates shouldn’t fall in love? She called it pathological and narcissistic.

TM: I think that anybody who falls in love runs the risk of being hurt somehow in some way. The degrees vary. The risk is probably more for sensates than human beings.

DH: You do find out a lot more about what drives Whispers in this season. And that’s all we can say.

There seems to be a big push and pull going on between your characters and Naveen Andrews’ Jonas.

DH: It’s so hard to answer questions about the show because you don’t want to give stuff away. And also we continue to learn because the story is evolving as we shoot it. Some of these questions have yet to be revealed to us.

DH: Because Lana is like this whirl of imagination and creativity that just never stops. She’s always evolving and coming up with things and expanding and deepening and developing as we shoot. I shot two scenes last night that in the scripts I wasn’t even in. They fold completely in to everything that we’re doing and they make complete sense once you do them. It’s like, “What? How did you do that while you’re busy directing and everything?”

You all describe Lana in the same way.

DH: She’s just a creative live-wire and one of the most inspired, passionate people. She’s just always drawing from everything—from the moment, from the actors, from the lighting, from the set, from the world today, from this complex and beautiful story which is essentially about love and interconnectedness. She’s just unbelievable.

She sounds like it. You mentioned how she draws from what’s happening in the world. That must be the terrifying stuff?

TM: [The show is] about difference and how difference terrifies some people. It terrifies them to the point of acting and reacting in the most heinous and pernicious ways. And we’re living in it right now. So the resonance is just right there.

DH: And [it’s about] how our sameness is really the key to unlocking all the positivity and the good things. [It provides] answers to those evil forces that are trying to make us feel other and separated.

Daryl, from where did you pull to play this role?

DH: In Season 1 there were so many mysteries to me still about my character. I didn’t even really understand her. And obviously in Season 2 I get to learn a lot more about her and what drives her. I just put all my faith and trust in Lana and Lilly and their vision of everything in the first season.

Now I’m starting to see what drives [Angelica]. And it’s so hard to know if Lana is inspired somehow by my own journey, because she’s incorporating a lot of my belief system and my activism into Angelica. I don’t know if that is just the organic process or what, but it’s just been really exciting.

Lana gives you such a depth. Even with the mystery there’s a lot of depth to the characters. And even with not understanding initially where it all comes from there’s still so much emotion and substance there.

Angelica did pull the trigger [last season], but is it safe to say we see more of her in Season 2?

DM: Yes, it is safe to say that. But yeah, first scene, dead. Boom.

So I wonder how she’s still moving around and making things happen?

TM: We still wonder about that, too. I think because sensates kind of trapped her two times.

DH: They go between each other fluidly. They can also go between the past and the present as vividly.

TM: So you can still go reconnect with her as an avatar. And so she exists in that way.

Do you guys spend a lot of time on set confused?

Working on this show expands your mind, as Will Gorski says in Season 1.

TM: It does. I think Lana wants that. She just wants you to keep trying to figure it out. Last season we were all going, “Come on, do we have a relationship?” “Who is BPO? And do I own it?” I didn’t even know what my first name is until this season. So you’re constantly in that moment. You shoot and they want that moment of, “I don’t know what’s going on.”

Maybe this season we will get more answers?

TM: That happens more so this season. I think we can say that?

DH: Oh for sure. We learn more about everybody’s history and what is driving the whole [conspiracy].

TM: And nothing is as it seems. That’s the thing, too: It’s still complicated.

So we’re in a matrix?

TM: We are. No pun intended.

Cast on how series expanded their minds