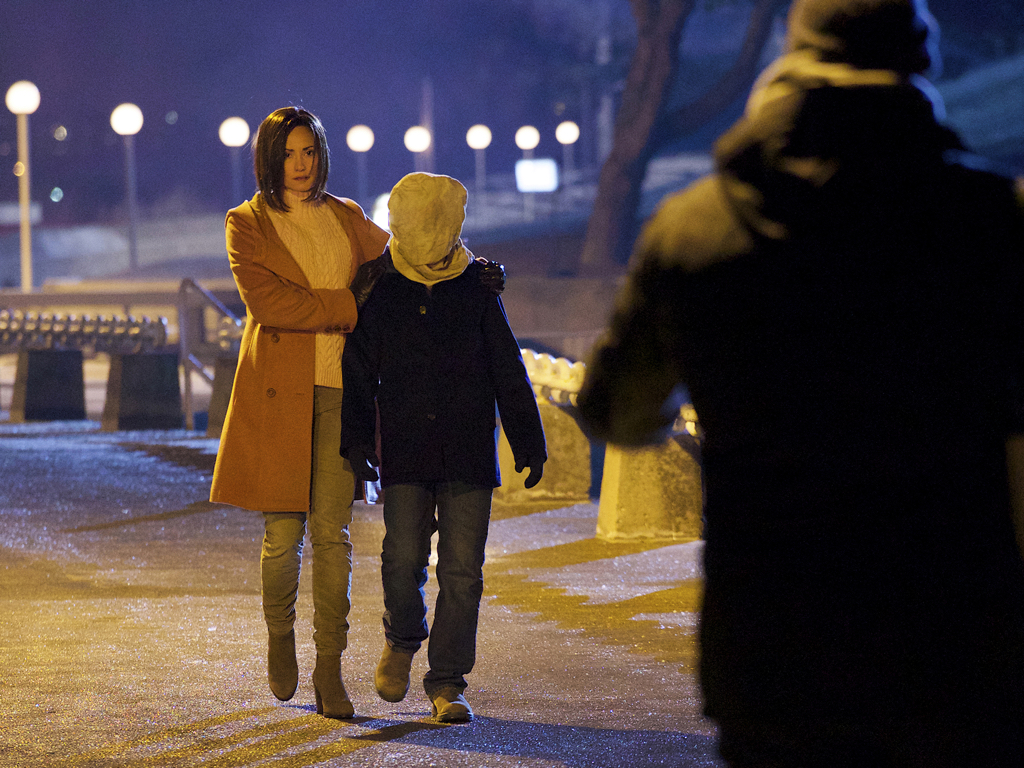 Kelly Goodweather (Natalie Brown) sets a trap for her ex-husband, Ephram, in "The Strain." (Michael Gibson/FX)

Time for a female Master in ‘The Strain’

Is the Master about to become the Mistress in The Strain? A vampire mom can only hope.

“I’d love it. Why not have a female strigoi Master?” Natalie Brown mused during a recent interview.

The actress stars as human mom turned strigoi den mother Kelly Goodweather the FX horror series. Her still human son, Zach, has become a pawn in the battle between the vampire strigoi and the humans.

In the latest episode, “First Born,” Kelly and the Master set a trap for Zach’s dad, Ephraim, as they try to regain possession of the strigoi book of secrets, the Lumen. [Spoiler alert if you aren’t caught up.]

Kelly and Eph scuffled when he discovered she didn’t have Zach with her. Kelly’s ex managed to land a couple of punches with the Lumen, which burned her.

“Getting the Lumen in the face was a real bone of contention for her, let me tell you,” Brown joked. “Payback is coming. That’s all I can say.”

Eph, Fet, Setrakian and Quinlan believe they killed the Master in the battle. But after Quinlan chopped off his head, a big red worm scurried out of the Master’s neck and down a sewage grate. More than likely, that worm is the real Master.

“That’s the thing: Can you kill the Master?” Brown said. “The Master is an entity. He’s an evil spirit, so how they’re going to actually do away with him I’m not sure. It’ll be interesting to see what incarnation the Master will take.”

Thomas Eichorst, the master’s right-hand strigoi, would be the perfect choice. But the Master previously chose a rock star’s body—now headless of course—over the former Nazi. Eichorst will no doubt take the reins of leadership until the succession happens.

The Crimson Worm could choose Zach’s mother to house the Master’s essence permanently or at least until he’s ready. If that’s what happens, Kelly would be the Queen Regent and then the Queen Mother.

“The Queen Mother, yeah,” Brown said, laughing, when I suggested the idea. “Momma Bear becomes queen of the hive. The possibility of Kelly being the Master, I think, is interesting.”

Whatever happens, Kelly’s problems aren’t anywhere near being solved. She still can’t turn Zach into a vampire like she desperately wants. And her ex-husband isn’t likely to give up looking for his son.

The battle at the pier is just the latest skirmish, Brown said. She remembers what Del Toro and executive producer Carlton Cuse told her at her first audition to play Kelly.

“I asked where the story was going,” she said. “They said, let’s just say it’s the custody battle that never ends—and they weren’t kidding!”

More of The Strain: I’ve added to this Natalie Brown interview