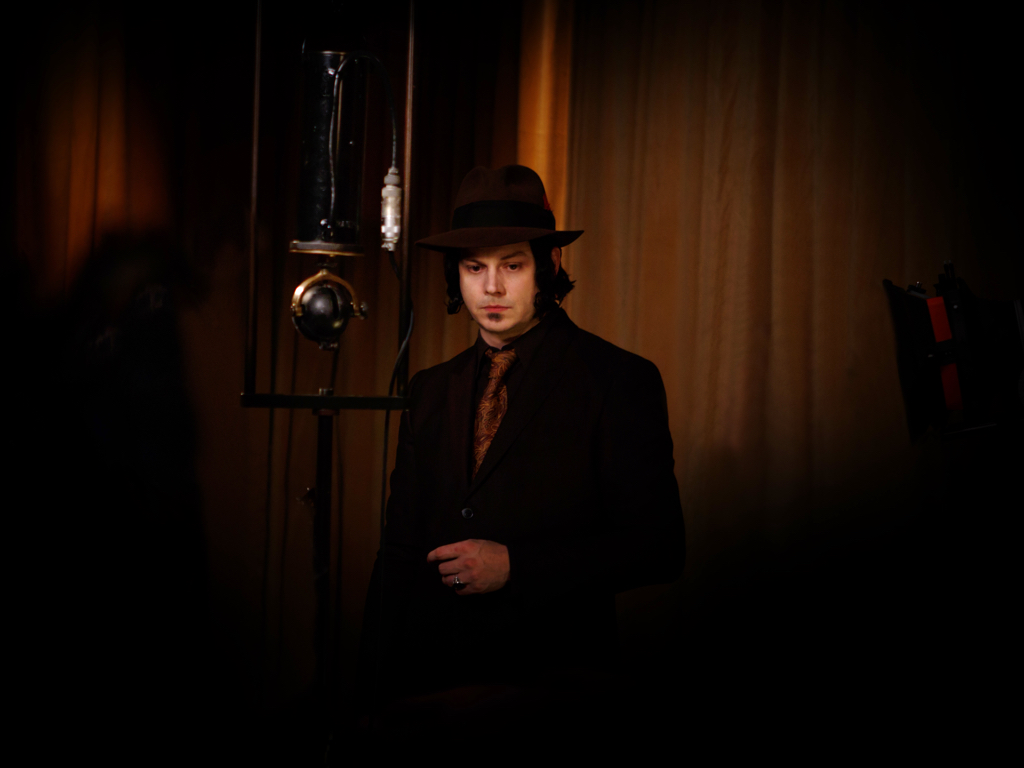 Says "American Epic" producer and star Jack White: "What they were allowed to say on phonograph recordings, they were not allowed to speak in public or in person. That is an astounding thought." (Lo-Max Films)

PBS’s ‘American Epic’ is a love letter to U.S.

The upcoming American Epic series should eliminate lingering questions about why viewers must support PBS and demand that our government continue its funding of public broadcasting.

Robert Redford narrates the three-part “American Epic” film series that explores the history of music recordings in the U.S. At the height of the Roaring Twenties, music scouts set out with a cutting-edge recording machine to capture American music as performed by everyday people around the country. It will air over three nights in May.

In June, PBS will present “The American Epic Sessions,” a full-length film featuring Jack White, T Bone Burnett and other contemporary artists as they pay tribute to those early music pioneers. These artists will replicate early recordings using a rebuilt and refurbished 1920s electrical recording system.

“ ‘American Epic’ is a love letter to the United States,” director Bernard MacMahon says. “It celebrates all I admire about the country—its rich culture, technological innovation, entrepreneurism and its freedom of speech.”

Redford calls it “America’s greatest untold story,” and I have to agree. It’s a slice of Americana that, honestly, I knew nothing about before seeing the trailers below. It’s fascinating—and truly epic.

In his budget proposal for the next fiscal year, President Trump proposed to end taxpayer funding for the Corporation for Public Broadcasting, which supports programming and broadcast operations on public TV stations and NPR radio stations nationwide. We can’t let that happen, so lend your voice to save public broadcasting.

Now, on with the “American Epic” news.

“This is the story of the United States—a kid leaves home with nothing but a song and conquers the world.”

Music fans can take a deep dive into American musical history with the TV series, recordings and a book.

The film series explores the pivotal recording journeys at the height of the Roaring Twenties, when music scouts armed with cutting-edge recording technology captured the breadth of American music and discovered the artists that would shape our world. Allison McGourty, Duke Erikson and director Bernard MacMahon produced the three-parter.

PBS and BBC Arena announced the “American Epic” historical documentary will air at 9/8c May 16, 23 and 30 on PBS (check local listings). BBC will air it sometime in May in the U.K.

The feature-length film showcases an all-star roster of contemporary artists led by Jack White and T Bone Burnett. They will replicate this early recording process on an original 1920s electrical recording system and pay tribute to those great artists of the past.

“American Epic” will be available June 13 on Blu-ray and DVD on from PBS Distribution. Visit shopPBS.org. The series will also be available for digital download.

For these releases, engineer Nicholas Bergh refined a transfer process using a mix of both modern and vintage equipment in order to extract the remarkable resolution from the records that is often missed. This “reverse engineering” approach to the transfer process enabled the restoration team of Grammy Award winning engineer Peter Henderson, Duke Erikson and Joel Tefteller to get the resulting audio closer to the original performance than ever before. This is not “remastering,” in the normal sense, but something closer to fine art restoration. The intent is not for people to marvel at the antiquity of these discs, but rather to experience them as vital, immediate performances that speak to us as directly as they did on the day they were recorded—not simply great art for their time, but great art for all times.

On May 2, Touchstone will release “American Epic,” a companion book to the series featuring behind-the-scenes stories, plus exclusive and unpublished photos.

“I don’t think you can get any better than vinyl. You can get clean, pristine, but you can’t get that juice.”

“We became obsessed with … actually finding the machine that was used to record this amazing music.” — Producer Duke Erikson, on the restored 1920s electrical sound recording lathe (Lo-Max Films)

The “American Epic” historical documentaries are a journey back in time to the “Big Bang” of modern popular music.

In the 1920s, as radio took over the pop music business, record companies were forced to leave their studios in major cities in search of new styles and markets. They discovered a wealth of unexpected talent in the mountains, prairies, rural villages and urban ghettos of America.

The recordings they made of all the ethnic groups of America democratized the nation and gave a voice to everyone. Country singers in the Appalachians, Blues guitarists in the Mississippi Delta, Gospel preachers across the South, Cajun fiddlers in Louisiana, Tejano groups from the Texas Mexico border, Native American drummers in Arizona, and Hawaiian musicians all recorded tracks.

For the first time, a woman picking cotton in Mississippi, a coal miner in Virginia or a tobacco farmer in Tennessee could have their thoughts and feelings heard on records played in living rooms across the country. It was the first time America heard itself.

Virtually no documentation of these extraordinary events survives and nearly 90 percent of the recording masters have been destroyed. A vital part of American cultural history has been lost.

Over three episodes, “American Epic” rescues this history. It reveals the remarkable lives of these seminal musicians through previously unseen film footage and photographs, and exclusive interviews with music pioneers, their families and eyewitnesses to the era.

The team invites Jack White and T Bone Burnett to produce an album of recordings by 20 of today’s artists. In this musical feature, these artists pass through the portal that brought the music world into the modern era.

Engineer Nicholas Bergh reassembled a 1920s electrical sound recording system from original parts. The system consists of a single microphone, a towering six-foot amplifier rack and a live record-cutting lathe. A weight-driven pulley system of clockwork gears powers the machine. The musicians have roughly three minutes to record their song direct to disc before the weight hits the floor. In the 1920s, they called this “catching lightning in a bottle.”

All the musical performances in this film are live. Engineers take the audio directly from the discs upon which they were recorded with no editing or enhancements.

“This is the last time their story can be told before everyone who was there is gone.”

For more information on the overall initiative visit americanepic.com.  For information specifically about the documentary series and recording studio film visit pbs.org.

“It’s not often that you’re pitched a project that … seems likely to change your whole understanding of cultural history. ‘American Epic’ is that project.”