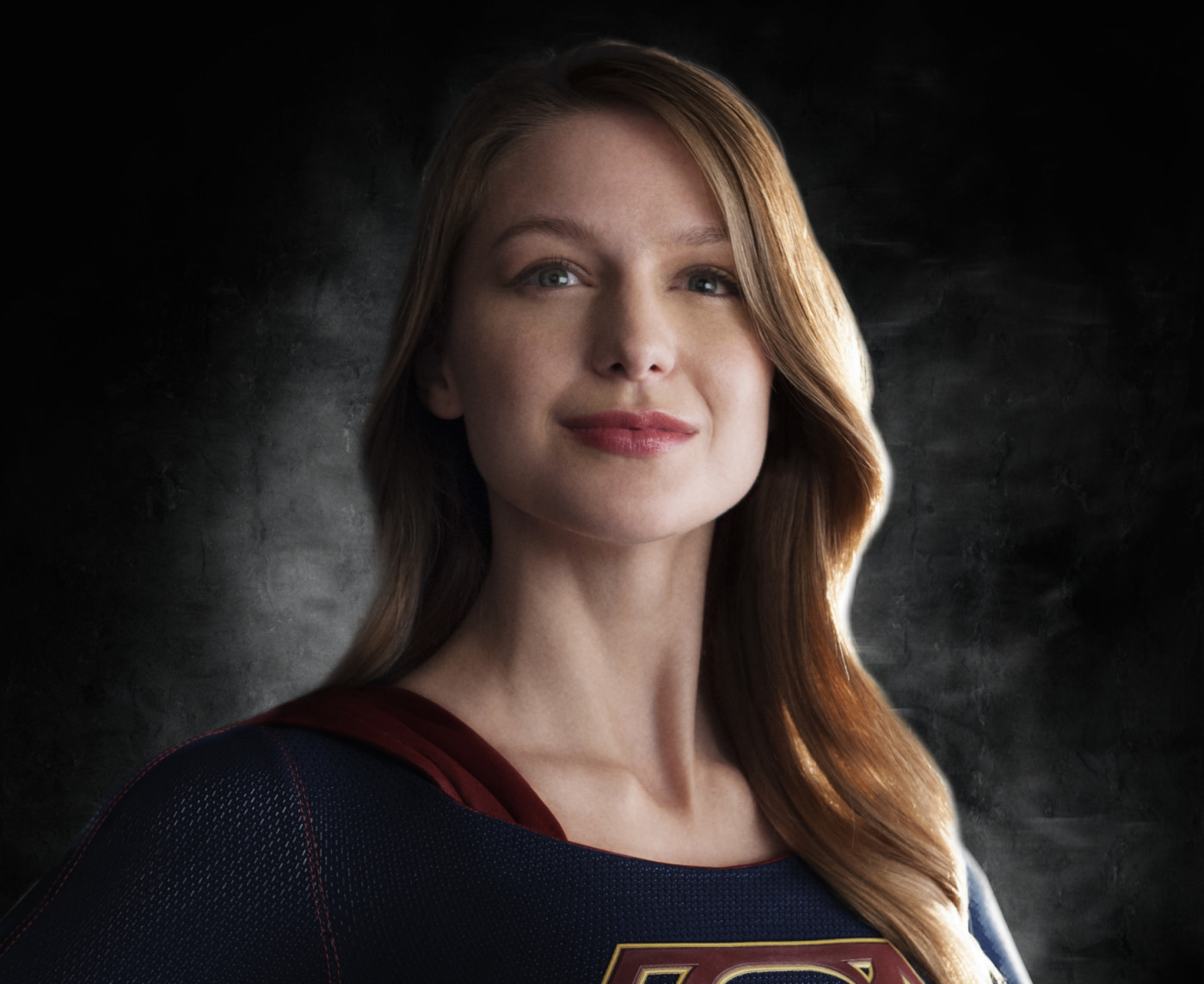 They’re small steps, but the CBS 2015-16 schedule unveiled Wednesday signals that the network is itching to please a younger demographic.

Building on the success of its younger-skewing procedural “Scorpion” last season, CBS will launch seven new shows next season, including the superhero drama “Supergirl” starring “Glee” vet Melissa Benoist and the movie-based “Limitless,” starring Jake McDorman, about a man who uses his drug-fueled cognitive abilities to help the FBI. “Rush Hour,” based on the cop comedy movie, will debut in 2016. Stephen Colbert begins his tenure as “The Late Show” host on Sept. 8. And after 16 seasons, “CSI” has been canceled, but star Ted Danson will move over to “CSI: Cyber.”

“CSI” will get a two-hour finale on Sept. 27, the network announced, and it will bring back original cast members including William Petersen and Marg Helgenberger. Other big event programs include “Super Bowl 50” on Feb. 7, and the launch of “The Late Show with Stephen Colbert” on Sept. 8.

Along with “CSI,” CBS canceled “Battle Creek,” “The McCarthys” and “Stalker.”

Read more about the new shows after the schedule below.

Based on the award-winning documentary by Ryan McGarry, “Code Black” is a heart-pounding medical drama that takes place in the busiest, most notorious ER in the nation, where the staggering influx of patients can outweigh the limited resources available to the extraordinary doctors and nurses whose job is to treat them all—creating a condition known as Code Black. At the heart of the ER’s controlled chaos is Residency Director Dr. Leanne Rorish (Academy Award winner Marcia Gay Harden), renowned for successfully performing high-risk procedures in Center Stage, the trauma area reserved for the most critical cases. Her four new first-year residents are Christa Lorenson (Bonnie Somerville), Malaya Pineda (Melanie Kannokada), Mario Savetti (Benjamin Hollingsworth) and Angus Leighton (Harry M. Ford). Leanne’s confidante, Jesse Sallander (Luis Guzman), is an amiable seen-it-all senior nurse who manages the residents. Also working in the ER is Dr. Neal Hudson (Raza Jaffrey), an excellent physician who sometimes disagrees with Leanne’s “cowboy” approach, and Dr. Rollie Guthrie (William Allen Young), the energetic, longest-serving attending. In Center Stage, life is measured in seconds, and these heroic doctors and nurses operate with speed and skill within an overwhelmed system to treat the crowds of people who are often there for one of two reasons: to die or to receive a life-saving miracle. Michael Seitzman, Marti Noxon, Linda Goldstein-Knowlton, Ryan McGarry and David Semel are executive producers for ABC Studios in association with CBS Television Studios. The pilot was directed by David Semel (“Madam Secretary”).

Based on the feature film, “Limitless” is a fast-paced drama about Brian Finch (Jake McDorman), who discovers the brain-boosting power of the mysterious drug NZT and is coerced by the FBI into using his extraordinary cognitive abilities to solve complex cases for them. Working closely with Brian in the major case squad in New York City is Special Agent Rebecca Harris (Jennifer Carpenter), a formidable investigator with a dark past, and Special Agent Boyle (Hill Harper), a former military officer and Rebecca’s confidante. They report to Special Agent in Charge Nasreen “Naz” Pouran (Mary Elizabeth Mastrantonio), a canny manipulator of the reins of power. Unbeknownst to the FBI, Brian also has a clandestine relationship with Senator Edward Mora (Academy Award nominee Bradley Cooper, recurring), a presidential hopeful and regular user of NZT who has plans of his own for his new protégé. Fueled now with a steady supply of NZT that enables him to use 100 percent of his brain capacity, Brian is more effective than all of the FBI agents combined, making him a criminal’s worst nightmare and the greatest asset the Bureau has ever possessed. Craig Sweeny, Marc Webb, Alex Kurtzman, Roberto Orci, Heather Kadin, Bradley Cooper, Todd Phillips, Ryan Kavanaugh, Tucker Tooley and Tom Forman are executive producers for CBS Television Studios in association with K/O Paper Products and Relativity Television. The pilot was directed by Marc Webb (“The Amazing Spider-Man” 1 and 2 Feature Films).

“Supergirl” is an action-adventure drama based on the DC Comics character Kara Zor-El (Melissa Benoist), Superman’s cousin who, after 12 years of keeping her powers a secret on Earth, decides to finally embrace her superhuman abilities and be the hero she was always meant to be. Twelve-year-old Kara escaped the doomed planet Krypton with her parents’ help at the same time as the infant Kal-El. Protected and raised on Earth by her foster family, the Danvers, Kara grew up in the shadow of her foster sister, Alex (Chyler Leigh), and learned to conceal the phenomenal powers she shares with her famous cousin in order to keep her identity a secret. Years later at 24, Kara lives in National City assisting media mogul and fierce taskmaster Cat Grant (Golden Globe Award winner Calista Flockhart), who just hired the Daily Planet’s former photographer, James Olsen (Mehcad Brooks), as her new art director. However, Kara’s days of keeping her talents a secret are over when Hank Henshaw (David Harewood), head of a super-secret agency where her sister also works, enlists her to help them protect the citizens of National City from sinister threats. Though Kara will need to find a way to manage her newfound empowerment with her very human relationships, her heart soars as she takes to the skies as Supergirl to fight crime. Greg Berlanti (“The Flash,” “Arrow”), Ali Adler, Sarah Schecter and Andrew Kreisberg are executive producers for Berlanti Productions in association with Warner Bros. Television. The pilot was directed by Glen Winter (“Arrow”).

Starring Golden Globe and multiple Emmy Award winner Jane Lynch, “Angel from Hell” is a single-camera comedy about Amy (Lynch), a colorful, brassy woman who insinuates herself into Allison’s (Maggie Lawson) organized and seemingly perfect life, claiming to be her “guardian angel.” Allison is an intense, driven doctor who is sure that Amy is just an inebriated, outspoken nut, until every one of her warnings proves true. Cautioned by Amy not tell anyone about her, Allison can’t discuss this over-the-top oddball with her father and business partner, Marv (Kevin Pollak), a sunburned dermatologist who shares an office with Allison, or her younger brother, Brad (Kyle Bornheimer), a pharmaceutical sales rep who lives over her garage. As Allison tries to push Amy away, Amy makes her final pitch: her sole mission is to provide Allison with helpful guidance that nudges her in the right direction in life – and it’s her final chance to prove herself as an angel. With that, Allison agrees to this unlikely relationship because maybe a weird friend is exactly what she needs… and what if Amy really is her “guardian angel”? Tad Quill and Emmy Award winner Don Scardino (“30 Rock”) are executive producers for CBS Television Studios. The pilot was directed by Don Scardino.

This single-camera comedy is about one big happy family and their sometimes awkward, often hilarious and ultimately beautiful milestone moments as told by its various members. Of the three siblings, middle child Matt (Thomas Sadoski) may have just found his true love, his co-worker, Colleen (Angelique Cabral); his coddled youngest brother, Greg (Golden Globe and Emmy Award nominee Colin Hanks), and his wife, Jen (Zoe Lister Jones), are overwhelmed by the birth of their first child; and the eldest, Heather (Betsy Brandt), and her husband, Tim (Dan Bakkedahl), are dreading their impending empty nest so much, they’re considering having another baby. Their parents are Joan (Academy, Golden Globe and Emmy Award winner Dianne Wiest), the family’s adoring matriarch who would do anything for her kids—as long as she agrees with it—and John (Golden Globe and Emmy Award winner James Brolin), the gregarious patriarch who’s searching for ways to soften the blow of turning 70. As the family’s lives unfold in four short stories each week, they try to savor these little pieces of time that flash by but stay with you forever, because these moments add up to what life’s all about. Niall Cunningham, Holly J. Barrett and Giselle Eisenberg also star. Justin Adler, Emmy Award winner Jason Winer (“Modern Family”) and Aaron Kaplan are executive producers for 20th Century Fox Television in association with Kapital Entertainment. The pilot was directed by Jason Winer.

The spinoff stars Golden Globe and Emmy Award winner Gary Sinise in a drama about the specialized International Division of the FBI tasked with solving crimes and coming to the rescue of Americans who find themselves in danger while abroad. Heading the department is Unit Chief Jack Garrett (Sinise), a seasoned 20-year veteran of the Bureau. The team he trusts with his life includes Matthew Simmons (Daniel Henney), a former military hero with split-second profiling skills he honed on the battlefield, and Russ “Monty” Montgomery (Tyler James Williams), the unit’s compassionate, brilliant tech analyst who additionally liaises stateside with the families of those in trouble while his group is far from home. These exceptional agents are dedicated to safely returning U.S. residents home by profiling and identifying criminals who are beyond our borders. The pilot was a planted spin-off of an episode of “Criminal Minds” broadcast on April 8, 2015. Emmy Award winner Mark Gordon, Erica Messer and Nick Pepper are executive producers for ABC Studios in association with CBS Television Studios and The Mark Gordon Company. The episode was directed by Glen Kershaw (“Criminal Minds”).

A reimagining of the hit feature film franchise, is a buddy-cop drama about a maverick LAPD detective and a by-the-book detective from Hong Kong who knock heads when they are forced to partner together. Detective Lee (Jon Foo) is a reserved, honorable master martial artist with lightning-fast moves who comes to L.A. to avenge his sister’s alleged death and learn more about her connection to a Chinese organized crime ring. Detective Carter (Justin Hires), on the other hand, is a wisecracking cop who plays by his own rules and has never wanted a partner. As exasperated as Carter’s boss, Captain Cole (Golden Globe and Emmy Award nominee Wendie Malick), gets with him, she knows he’s a brilliant detective who gets results. Attempting to help the two get along is Sergeant Didi Diaz (Aimee Garcia), Carter’s friend and former partner who doesn’t hesitate to call him out on his antics. But even as cultures clash and tempers flare, Carter and Lee can’t deny they make a formidable team, and grudgingly admit that sometimes an unlikely pairing makes for a great partnership. Bill Lawrence, Blake McCormick, Jeff Ingold, Jon Turteltaub and the team behind the “Rush Hour” movies, Arthur Sarkissian and Brett Ratner, are executive producers for Warner Bros. Television. The pilot was directed by Jon Turteltaub.