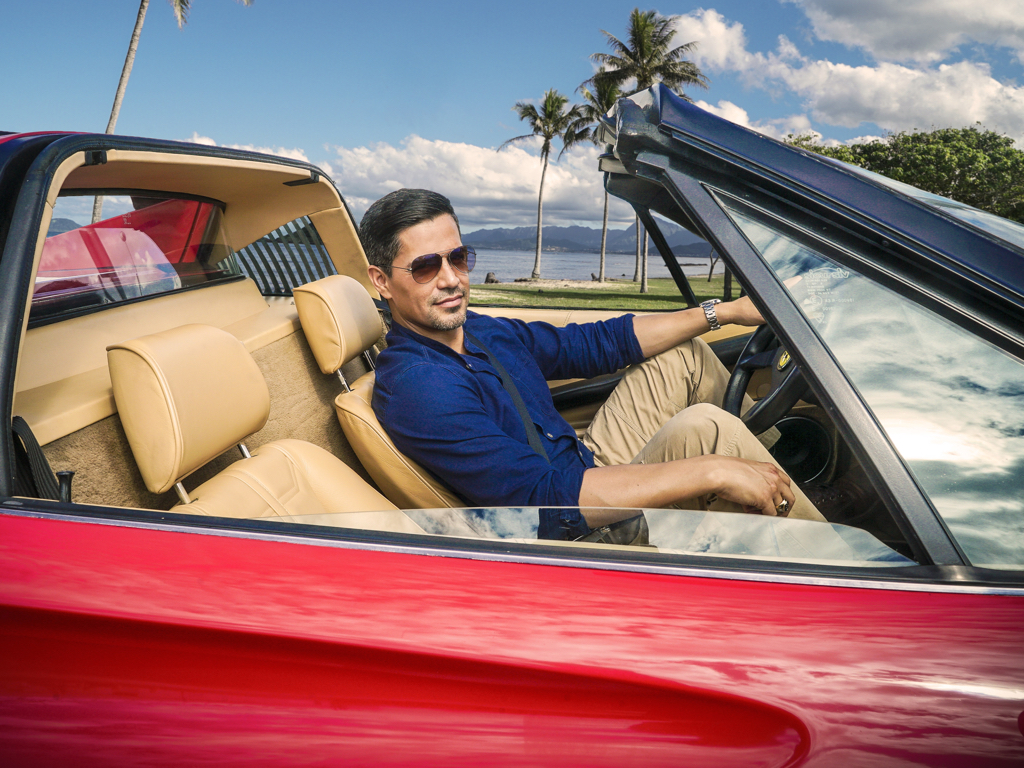 Classic series Murphy Brown and Magnum P.I. return to TV on the CBS fall 2018-19 schedule, joining seven other new shows and 24 returning series that will premiere throughout the season.

CBS hopes the revival of “Murphy Brown,” with its original cast and creators on board, will be a boon for the network like the revived “Roseanne” was this season for ABC.

The comedy starring Candice Bergen will air as part of the network’s strong Thursday night comedy block. It serves as a lead-in to a reboot of another classic show that the network updated last year with a new cast and storyline, “S.W.A.T.”

Including “S.W.A.T.,” CBS currently airs three drama reboots with “McGyver” and “Hawaii Five-0.” It adds a fourth, “Magnum P.I.,” on Monday nights this fall. “Magnum P.I.” will air after new comedies “The Neighborhood” and “Happy Together” and before returning drama “Bull.”

With its latest lineup of new series, CBS, which touts itself as America’s most watched network, continues to shake its reputation as the least diverse network. Nearly all its new shows have people of color in high-profile roles, and little over half of those have minorities (or women) in lead roles. (I look forward to seeing Jay Hernandez as the new Thomas Magnum.)

Several of the new series also show the network has sought more diverse stories and storytellers. Ava DuVernay serves as an executive producer for topical drama “The Red Line,” a Chicago-set story about fallout from the shooting by a white cop of an African-American doctor. The show will bow later in the season.

CBS will present other original programming throughout the full season, rolling out new drama “The Code,” new comedy “Fam,” and returning shows “Elementary,” “Instinct,” “Life In Pieces,” “Man With A Plan,” “Celebrity Big Brother” and “The Amazing Race.”

The network canceled seven series, including comedies “9JKL,” “Kevin Can Wait,” “Living Biblically,” “Me, Myself & I” and “Superior Donuts” were canceled. CBS also canceled the dramas “Scorpion,” “Wisdom of the Crowd” and “Zoo.”

Keep reading to learn more about all the new shows, see the schedule, photos and watch trailers.

From Emmy Award winner Dick Wolf and the team behind the “Law & Order” franchise, FBI is a fast-paced drama about the inner workings of the New York office of the Federal Bureau of Investigation. These first-class agents bring all their talents, intellect and technical expertise to tenaciously investigate cases of tremendous magnitude, including terrorism, organized crime and counterintelligence, in order to keep New York and the country safe.

Executive team: Craig Turk, Dick Wolf, Arthur W. Forney, Peter Jankowski and Niels Arden Oplev (pilot only) are executive producers for Universal Television in association with CBS Television Studios. Oplev directed the pilot from a story by Wolf and Turk, and a script by Turk.

This humorous, uplifting drama the life of outspoken atheist Miles Finer is turned upside down when he receives a friend request on social media from God. He unwittingly becomes an agent of change in the lives and destinies of others around him. After repeated pokes by God, Miles’ curiosity takes over, and he accepts the ultimate friend request and follows the signs to online journalist Cara Bloom. Brought together by the “God Account,” the two find themselves investigating God’s friend suggestions and inadvertently helping others in need. Miles is set on getting to the bottom of what he believes is an elaborate hoax, but in the meantime he’ll play along and, in the process, change his life forever.

In this modern take on the classic series, decorated former Navy SEAL Thomas Magnum, upon returning home from Afghanistan, repurposes his military skills to become a private investigator. A charming rogue, an American hero and a die-hard Detroit Tigers fan, Magnum has Juliet Higgins and her Dobermans to keep him in line. His trusted buddies and fellow POW survivors TC and Rick are there when he needs back-up on a job. With keys to a vintage Ferrari in one hand, aviator sunglasses in the other, and an Old Düsseldorf longneck chilling in the fridge, Thomas Magnum is back on the case!

Jake and Claire, a 30-something happily married couple, begin to reconnect with their younger, cooler selves when exuberant young pop star Cooper moves in with them to experience their super-ordinary suburban life.

What happens when the friendliest guy in the Midwest moves his family to a Los Angeles neighborhood where not everyone looks like him or appreciates his extreme neighborliness? When Dave Johnson and his family arrive from Michigan, they’re unfazed that their new dream home is located in a community quite different from their small town. However, their opinionated next-door neighbor, Calvin Butler, is wary of the newcomers, certain that they’ll disrupt the culture on the block. Dave realizes that fitting into their new community is more complex than he expected, but if he can find a way to connect with Calvin, they have an excellent chance of making their new neighborhood their home.

Cast: Cedric the Entertainer as Calvin, Max Greenfield as Dave, Sheaun McKinney as Malcolm, Tichina Arnold as Tina, Dreama Walker as Gemma, Marcel Spears as Marty and Hank Greenspan as Grover. (The video above shows Josh Lawson as Dave Johnson; Max Greenfield has taken his place.)

In this revival of the groundbreaking comedy, the eponymous broadcast news legend brings her biting take on current events to the world of 24-hour cable, social media, “fake news” and a vastly different political climate. Amid a divided nation, chaotic national discourse and rampant attacks on the press, Murphy returns to the airwaves with her original FYI team: lifestyle reporter Corky Sherwood, investigative journalist Frank Fontana and producer Miles Silverberg. Murphy’s son, Avery, shares his mother’s competitive spirit and quick wit, and has followed in her journalistic footsteps—perhaps too closely. Now back in the game, Murphy is determined to draw the line between good television and honest reporting, proving that the world needs Murphy Brown now more than ever.

Executive team: Diane English returns as executive producer with Candice Bergen for Bend in the Road Productions, Inc., in association with Warner Bros. Television. English created the series. Pamela Fryman will direct the pilot from a script by English.

Other new series for later in the season

The lives of three vastly different Chicago families intersect in the wake of the mistaken shooting of an African-American doctor by a white cop. As the stories of the Calder, Young and Evans families crisscross and converge, a message of hope appears: It is possible to emerge from tragedy stronger, and it’s important to come together with others—not just to survive, but to thrive.

The military’s brightest minds—from the only law office in the world where every attorney is trained as a prosecutor, a defense lawyer, an investigator and a Marine—take on our country’s toughest legal challenges inside the courtroom and out. Operating out of Judge Advocate General Headquarters in Quantico, these active-duty Marines are attorneys who have chosen to serve their country in pursuit of military justice at home and abroad.

Clem’s vision of a perfect life with her adoring fiancé and his wonderful parents is radically altered when her 16-year-old, out-of-control half-sister unexpectedly comes to live with her. As the family she chose and the family she has blend, Clem realizes that this new happy fam may be the perfection she’s always been seeking.