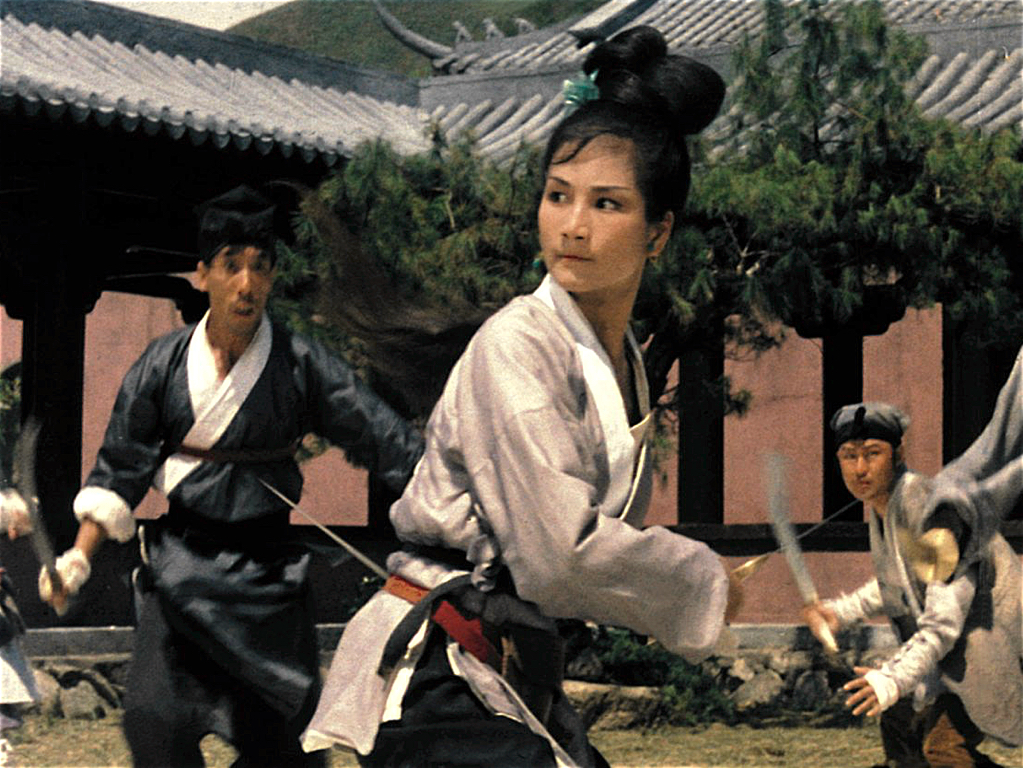 Starting at 5 a.m. CT May 5, the network will show six iconic martial arts films twice in a 24-hour period. They are “Golden Swallow,” “Come Drink with Me,” “The Black Tavern,” “Dirty Ho,” “Opium and the Kung-Fu Master” and  “Legendary Weapons of China.”

So as El Rey Network suggests, add a side of nunchuks and some tequila to your Taco Thursday. Find more about the movies and the schedule below. One suggestion: record and watch “Golden Swallow,” the sequel to “Come Drink with Me,” after you’ve seen the 1966 film.

The indomitable martial arts team of director Chang Cheh and stunt choreographer Liu Chia-liang continues the compelling saga of Golden Swallow from King Hu’s “Come Drink with Me” in this sequel of heartbreaking romance, jianghu intrigue and stunning action.

A group of bandits kidnaps the governor’s son and demands their imprisoned leader to be set free in exchange.

This sword-filled thriller centers on the title location—an inn where the down and dirty meet to plot nefarious doings. Award winning actor Ku Feng stars as the Whip Devil while the luminous and lethal Shih Szu plays The Lady Hermit, who has a surprise in store for all the double-crossing masters of mayhem.

A prince enlists a thief to serve as his bodyguard to protect him from assassins.

A Kung Fu master finds out that an opium den is destroying the lives of the town he lives in, and vows to put an end to the den, but first he must try to defeat the strongest enemy he has ever faced: his addiction to the drug itself.

A band of killers from an ailing kung fu and magic society are sent on a manhunt for a former member of the society, whose bad mouthing threatens its existence.