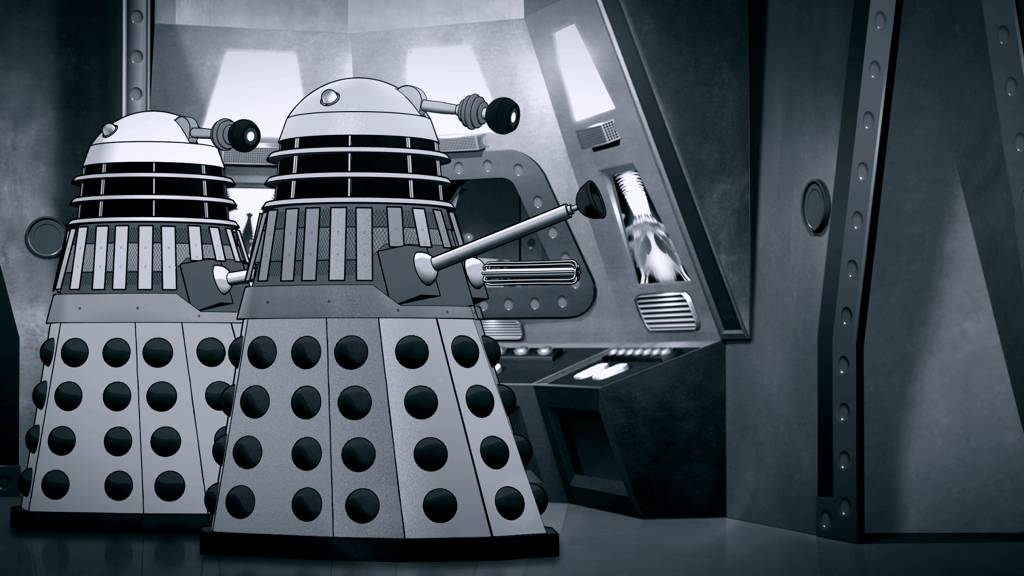 BBC America will air an animated version of "Doctor Who: The Power of the Daleks," with second Doctor Patrick Troughton, on Nov. 12. (BBC America)

How to get tickets to special Doctor Who screening

BBC America and Fathom Events are giving fans a chance to see the animated Doctor Who: The Power of the Daleks in theaters before it airs on TV.

Participating theaters will show the six-part animated series—a new version of a lost “Doctor Who” episode—at 7/6c Nov. 14. The special screening comes in advance of the BBC America airing at 8:25/7:25c Nov. 19. It’s also 50 years after the original’s only UK broadcast on BBC.

The cinema event will feature exclusive bonus content, including interviews with members of the original cast. Check out the teaser above.

“The Power of the Daleks” depicts the regeneration of the first Doctor, William Hartnell, into the second, Patrick Troughton. It is one of the most celebrated “Doctor Who” adventures, yet no complete film recordings are known to exist. The master negatives were destroyed in an archive purge in 1974.

This brand new animation is based on the program’s original audio recordings, surviving photographs, and film clips. It is being released 50 years after the original’s only UK broadcast.

More: My previous story about The Power of the Daleks