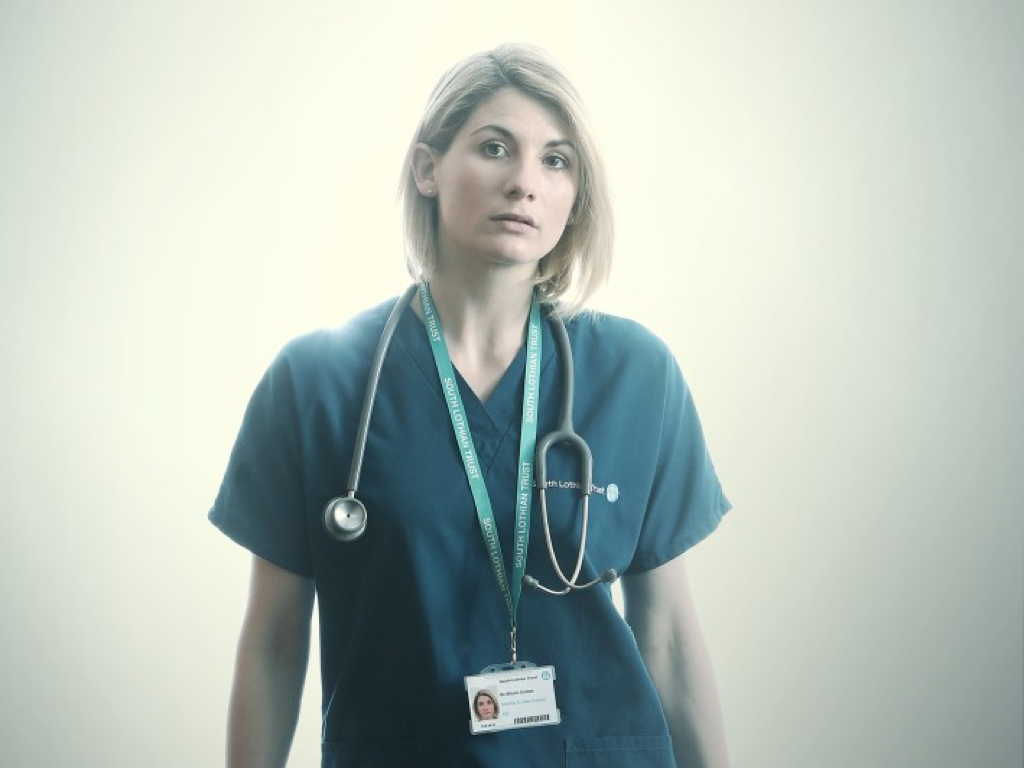 Jodie Whittaker stars in the British import "Trust Me" coming to Hulu on Dec. 1.

Hulu brings four international series to the U.S. on Dec. 1, including Trust Me, a psychological thriller starring the next Doctor Who, Jodie Whittaker.

Hulu will stream each shows full seasons immediately. Learn more about the four international series below..

From prolific screenwriter Dan Sefton (“The Good Karma Hospital”) and starring Jodie Whittaker (“Doctor Who,” “Broadchurch”), the psychological thriller tells gripping story of identity, lies and a woman’s desperation to escape the pain and disappointment of her old life.

When idealistic, hardworking nurse Cath (Whittaker) loses her job for whistle-blowing, she is forced to take drastic measures to provide for her daughter. Seizing the opportunity to steal her friend’s identity as a senior doctor, Cath starts a new life.

As she buries herself deeper in the imposter persona, she realizes she could get everything she ever wanted. But with her old life threatening her fragile creation, how far will she go to protect it?

Actor James Purefoy joins host Matthew Goode at a sun-drenched Provenal villa in the glorious South of France. In addition to tasting the wines brought back from around the globe, they are tasked by Joe Fattorini to find a case of wine to match a six-course French lunch cooked by Michelin starred Chef Stephane Reynaud.

This season, Joe is not judging. Jancis Robinson, the world’s most influential wine critic, decides which wines make it to the Wine Show Case. And she is taking no prisoners.

Matthew and James journey all over southern France to find their wines. Their mission involves kayaking and caving in the Ardeche, rounding up bulls on horseback in the Camargue, baking in Lyon and even cooking their own lunch in the sweltering kitchens of the legendary Palme d’Or restaurant in Cannes.

Our old friend Matthew Rhys is busy back in the UK exploring gadgets old and new in the glorious setting of 17th Century Berry Brothers & Rudd in London’s St. James Street.

French police officer Kahina Zadi (Bekhti) travels to Kiruna, a small mining community in northern Sweden, to investigate a brutal murder of a French citizen. Swedish DA Anders Harnesk (Hammarsten), a member of the Sami, an ancient indigenous tribe of Scandinavia, helps her in a growing investigation.

After new killings, Kahina and Anders uncover a 10-year-old secret conspiracy involving many of the town’s inhabitants. Kahina finds herself confronting a ruthless serial killer, a macabre plan and her own painful past.

Johannes Lassen stars in the Danish series “Below the Surface” coming to Hulu on Dec. 1.

A terror taskforce led by Philip Norgaard (Johannes Lassen) and Louise Falk (Sara Hjort Ditlevsen) attempts to rescue 15 people held hostage in an underground subway train in Copenhagen. Reporter Naja Toft (Paprika Steen) acts as a go-between with the police and captors as the criminals bait the press with information about the pasts of each of their hostages.

As a media frenzy ensues, the country finds itself divided on whether or not to negotiate with terrorists. Over the course of eight days, growing fear and desperation grip Denmark while those trapped underground lose all hope for survival.