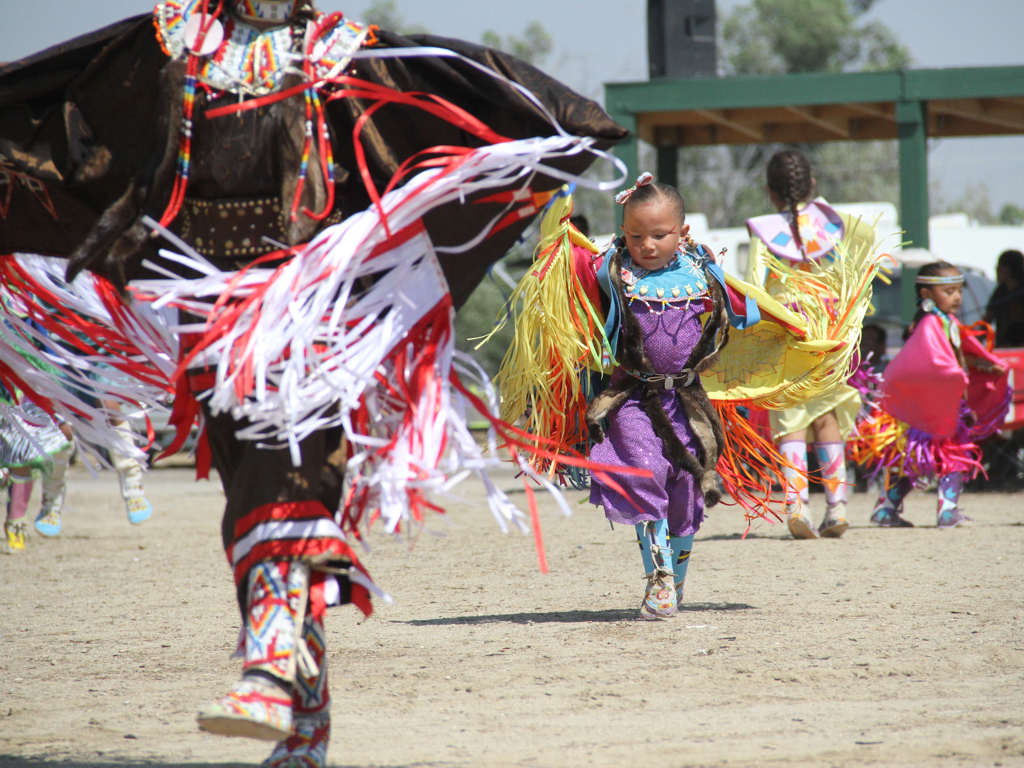 In a scene from the "Independent Lens" doc "What Was Ours," Northern Arapaho children make their grand entry at the Ethete Powwow. (Courtesy of Alpheus Media)

PBS’ Independent Lens in January 2017 presents documentaries about Kitty Genovese, Native culture and dangerous radioactive waste, among other fascinating stories. See the schedule below and click the doc titles for more information. Check your local listings by clicking the “On TV Tonight” button to the right.

Best and Most Beautiful Things

Off a dirt road in rural Maine, a precocious 20-year-old woman lives with her mother. Legally blind and on the autism spectrum, Michelle has big dreams and quirky passions. Searching for connection, she explores love and empowerment outside the limits of “normal” through a provocative sex-positive community. “Best and Most Beautiful Things” tells Michelle’s joyful story of self-discovery as a celebration of outcasts everywhere. By Garrett Zevgetis.

Mrs. S. in Namie, Japan, which was evacuated and remains uninhabited as a result of the Fukushima Daiichi nuclear disaster. (Redacted Pictures/Tim Cragg)

How can we contain some of the deadliest, most long-lasting substances ever produced? Left over from the Cold War are a hundred million gallons of radioactive sludge, covering a vast amount of land. Part wake-up call, part sci-fi graphic novel, “Containment” explores our attempts to plan for our radioactive future and reveals the startling failure to manage waste in the present, epitomized by the Fukushima disaster. By Peter Galison and Robb Moss

For the Eastern Shoshone and Northern Arapaho tribes living on the isolated Wind River Indian Reservation in Wyoming, new contact with lost artifacts risks opening old wounds but also offers the possibility for healing. A young Northern Arapaho journalist and a teenage powwow princess travel with an Eastern Shoshone elder to search for missing artifacts in the vast archives of a museum. There they discover a treasure trove of ancestral objects, setting them on a journey to recover what has been lost. By Mat Hames

Kitty Genovese in her grandparents’ backyard in Brooklyn in 1959. (The Witnesses Film, LLC/Andrew Giordano)

On March 13, 1964, Kitty Genovese was stabbed to death on a street in Queens. Soon after, The New York Times published a front-page story asserting that 38 witnesses watched her being murdered and did nothing. “The Witness” follows the efforts of Kitty’s brother Bill as he launches his own investigation into his sister’s life and death. In the process, he makes startling discoveries about the crime that transformed his life, condemned a city, and defined an era. By James Solomon