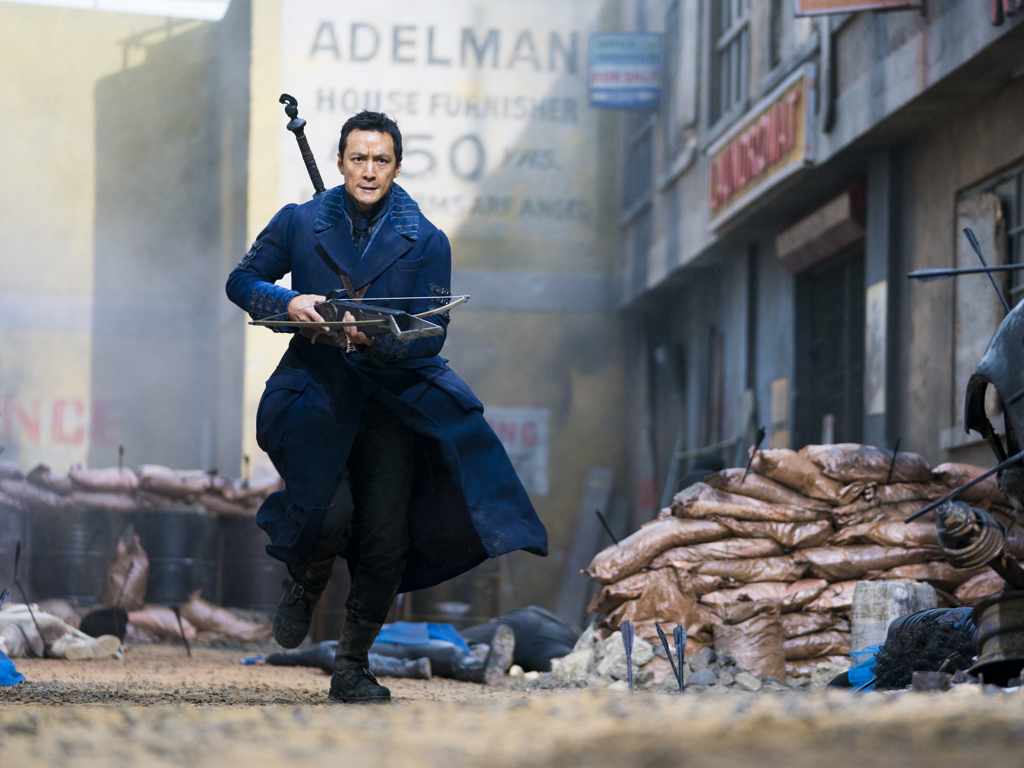 Daniel Wu stars as Sunny in Season 3 of "Into the Badlands" coming in 2018. (Aidan Monaghan/AMC)

New photos from ‘Into the Badlands’ Season 3

AMC gives fans of Into the Badlands a first look at new series regulars Lorraine Toussaint and Babou Ceesay, as well as returning stars including Daniel Wu, in new photos from the upcoming third season.

The hit series will return in Spring 2018 and currently is filming in Dublin, Ireland. “Into the Badlands” is a post-apocalyptic and visually stunning story of survival and dominance set in a future feudal society. The series closed its second season as a Top 10 scripted series on ad-supported cable, according to AMC.

Toussaint joins the cast as Cressida, and Babou Ceesay comes on board as Pilgrim. The images also feature returning cast members Wu as Sunny, Ally Ioannides as Tilda and Emily Beecham as The Widow.

Season 3 finds Sunny (Wu) living off the grid, doing his best to provide for his infant son, Henry, in the wake of Veil’s death. It is only when Henry contracts a mysterious illness that Sunny must join forces with Bajie (Nick Frost) and journey back into the Badlands, where The Widow (Beecham) and Baron Chau (Eleanor Matsuura) are entrenched in a drawn-out war that has destabilized the entire region.

No longer supported by Tilda (Ioannides) or Waldo (Stephen Lang), The Widow must find new allies in Lydia (Orla Brady) and in Nathaniel Moon (Sherman Augustus)—the former regent who lost his hand to Sunny and Bajie in Season 2.

But when a mysterious nomadic leader called Pilgrim (Babou Ceesay) arrives in the Badlands on a mission to restore Azra and usher in a new era of “peace,” old enemies must band together to defend the Badlands.

In addition to Toussaint, Ceesay and Augustus, other new cast members the new season include Ella-Rae Smith, who plays Nix; Lewis Tan, who plays Gaius; and Dean-Charles Chapman, who plays Castor.

More Into the Badlands

Oliver Stark on end of Ryder