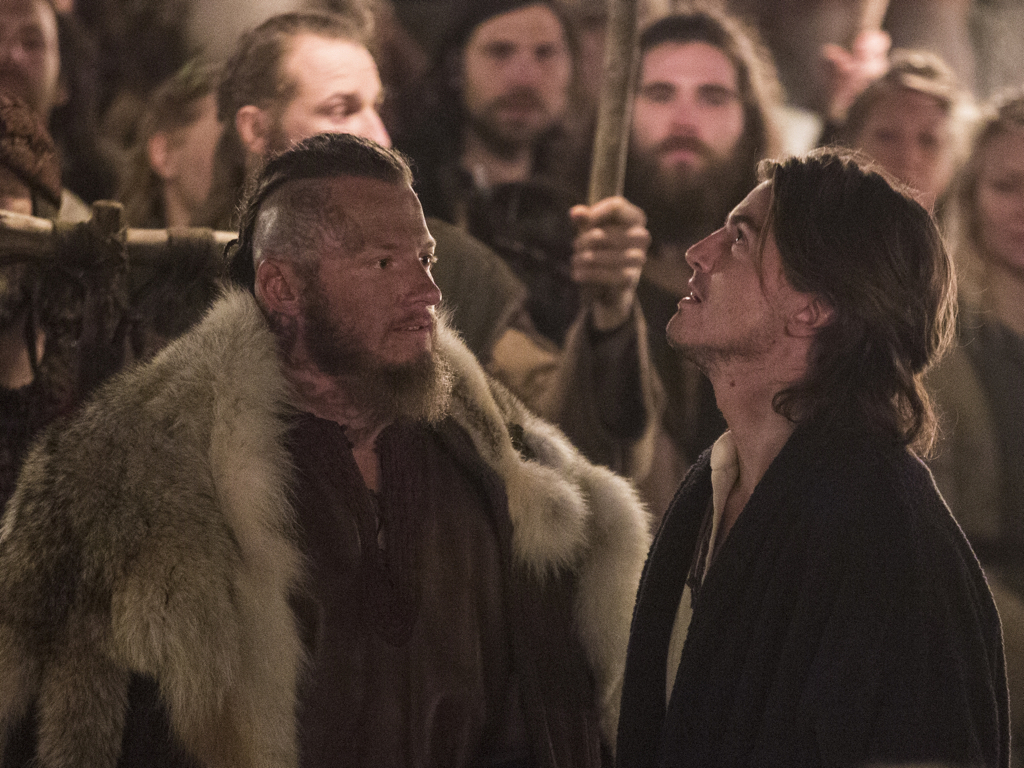 Toronto Blue Jay and Vikings fans finally get to see if superfan Josh Donaldson can not just sport a Norseman ’do, but also act like one.

The third baseman makes his acting debut in the next episode of “Vikings,” playing Hoskuld, “a Viking warrior of great skill” according to History. Hoskuld is the brother of Earl Jorgensen (Jack Nolan).

A massive fan of the show, Donaldson cut his hair to honor Travis Fimmel’s character, Ragnar Lothbrok. Now he’s acting in it!

Apparently you have to be somewhat famous to score a walk-on role. Donaldson is the 2015 American League MVP and a two-time MLB All-Star. He’s also of Scandinavian descent, he says in the behind-the-scenes video above.

Donaldson filmed his “Vikings” scenes in January 2016 at Ashford studios in Wicklow, Ireland.

In the episode, the Viking army lands on the coast of Northumbria, bringing Ragnar’s plan for his sons to rein vengeance on England one step closer to happening.

“Vikings” creator Michael Hirst recently told me that even in death, Ragnar’s presence will be felt in the Viking world.

“Ragnar, although he’s physically dead now, never goes away,” Hirst said. “He continues to live obviously through his sons, through his fame, through his influence, through his dreams and his passions and the way that the sons try to interpret and fulfill all that.”