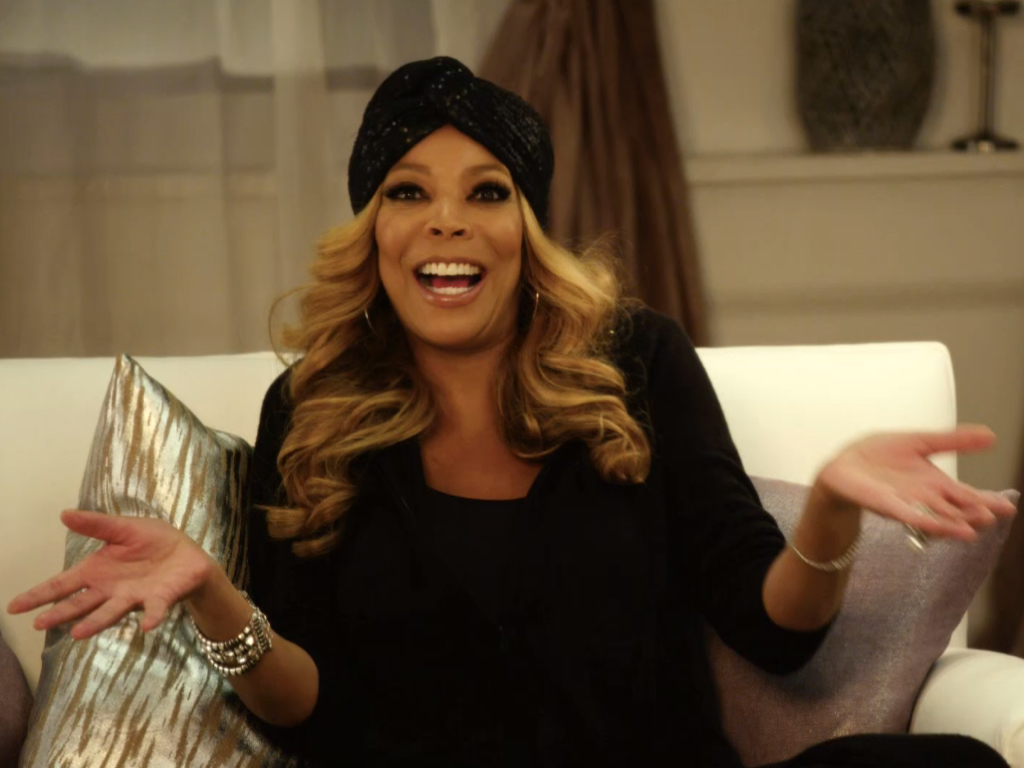 Wendy Williams will host LMN's Don't Mess with Mommy programming event in May.

Mother’s Day may never be the same: Wendy Williams will host Lifetime Movie Network’s Don’t Mess with Mommy movie event—celebrating moms throughout May.

Williams will introduce the movies that will air nightly May 6-8 over Mother’s Day Weekend. More mommy-centric films will premiere May 15-22 on LMN. The movies will be shown at 8/7c each night.

All the movies are new to Lifetime Movie Network and a handful are U.S. premieres.

The Don’t Mess With Mommy schedule is listed below with movie descriptions provided by LMN.

When a recent parolee kidnaps two girls in Oregon, the police trigger an Amber Alert as the missing girls fight for their lives against their deranged captor. Stars Tom Berenger, Torri Higginson, Britt McKillip.

Jennifer hurries through the busy airport in New York after arriving for her daughter’s graduation, picking up the wrong suitcase on her way to her hotel. Soon after, she receives a cryptic call from a man claiming he will harm her daughter if she doesn’t follow his instructions. Jennifer sets out to save her daughter after it quickly becomes clear that the man is willing to do whatever it takes—including murder—to get his bag back. Stars Jamie Luner, Steven Brand and Audrey Whitby.

After a near-fatal car accident, a young woman learns she gave birth to a child while she was in a six-year coma. She becomes convinced that it was her best friend stole her child to raise as her own and sets out to get her daughter back. Stars Nicole de Boer, Gina Holden and Lochlyn Munro.

I Am Watching You

Seeking inspiration for her new book, a romance blogger enters into a passionate affair with her sexy next door neighbor, but her no-strings-attached relationship quickly spirals into a dangerous obsession. Stars Madeline Zima, Brian Ames and Lilan Bowden.

Plagued by fragmented memories of a home invasion that claimed her father’s life, Ashley and stepmother Beth must find a way to move on with their lives. In a fragile state of mind, Ashley begins to suspect that her father’s business partner John may be behind the murder, despite Beth’s protests. Is Ashley simply jealous of John or is he truly a cold-blooded killer? Stars Paul Johansson and Sarah Fisher.

Forensic accountant Monica Bolland investigates white-collar crimes, but when her husband is killed, she goes undercover to find his murderer. Successfully infiltrating a criminal cartel, Monica’s cover is blown just as she discovers the devastating truth about her husband and the forces that brought him down. Stars Jewel Staite, Ryan Robbins and John Cassini.

I Didn’t Kill My Sister

When a popular television reporter is murdered during a nasty divorce from her co-anchor husband, her ambitious sister finds herself the chief suspect and is determined to unmask the true killer. Stars Peter Benson, Michael Challenor and Sarah Desjardins.

Cameron had the perfect life with a rewarding job and a handsome fiancé. But when her soon-to-be husband becomes the prime suspect in a murder case, her world spins out of control. Cameron enlists the help of a reporter and risk it all to clear her fiancé’s name—except thing are not what they seem below the surface. Stars Jenny Wade, Jordi Vilasuso, Taylor Cole, Robert “Sanz” Sanchez and Antoni Corone.

When Taran moves in across the street from high school teacher Sam Luck and his workaholic wife Kate, Sam offers to help with her moving boxes. Sam quickly becomes intrigued by Taran but is shocked when she shows up in his English class the next day. Even though Sam is her teacher, he develops a friendship with Taran that becomes increasingly inappropriate. When Sam’s life begins to fall apart around him, his wife becomes suspicious of Sam and Taran’s relationship and begins asking questions … soon realizing that Taran moved to town with plans for the ultimate revenge. Stars Chris Klein and Merritt Patterson star.

High school couple Mina and Reese break into a mansion for a night of rebellion, but their evening takes a dark turn when the mansion’s owner appears and the night of innocent fun turns deadly. Twenty years later, Mina lives a perfect suburban life with her husband and teen daughter, while Reese, who took the fall for the crime, has spent the past two decades incarcerated. Now on parole, he seeks out Mina, ready to make up for lost time and have the perfect family he thinks is rightfully his. Stars Ashley Scott, Louis Mandylor, Lauren York, Nick Baillie star.