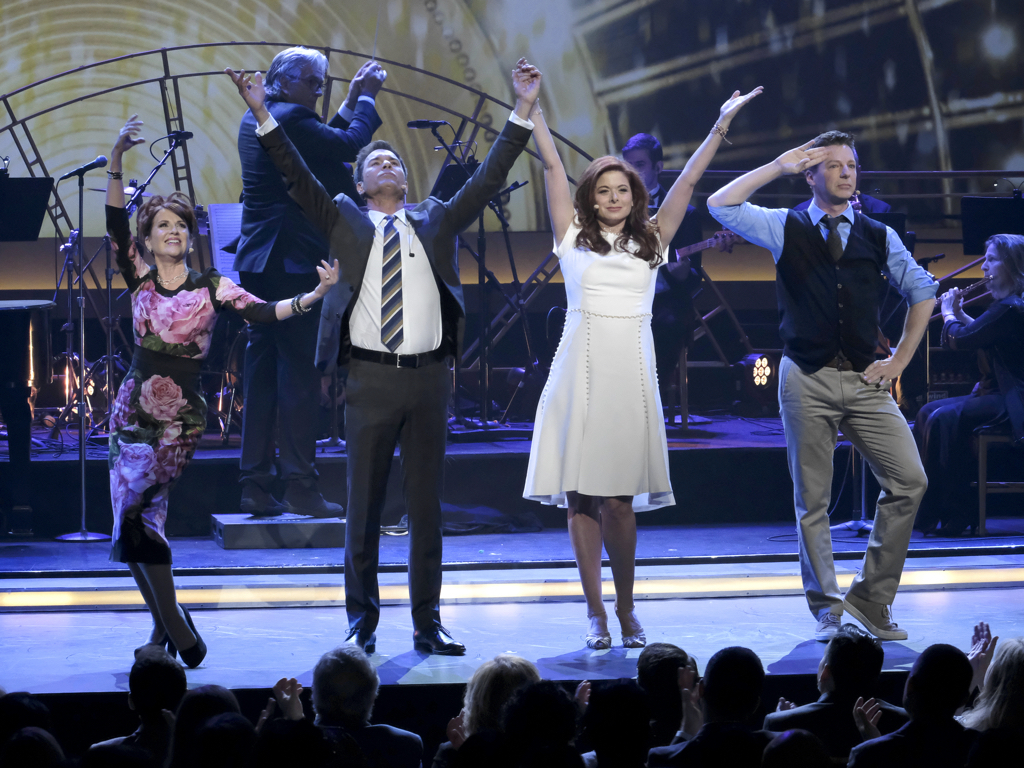 You might think with the success of This Is Us, the NBC fall 2017 schedule would be packed with more touch-feely dramas. Instead, the network offers counter-programming.

Update 6/19/17: Fall premiere dates now are listed in calendar and with show descriptions.

Just three new scripted shows appear on the network’s fall schedule, and eight are on the overall 2017-18 schedule.

Of course, the return of “Will & Grace” is the big story as NBC follows the trend of bringing back old shows for a nostalgic, limited run. (“Roseanne” returns to ABC soon, too.) While the performance-based trailer shows original stars Debra Messing, Eric McCormack, Sean Hayes and Megan Mullally still got it, I wonder if the original writers still do. This needs to be more than a nostalgia trip. Hopefully will get a humorous dressing-down of all the anti-gay folks getting face time these days.

Of the fall dramas, “Law & Order True Crime: The Menendez Murders” likely will draw the most buzz and attention. The anthology series from Dick Wolf gives NBC its own version of the true-crime dramatizations like FX’s “American Crime Story.”

With the success of “American Crime Story” and Netflix’s “Making a Murderer,” it’s obvious viewers love to revisit grisly murder cases, so this should do well for NBC. It also has a secret weapon that NBC is playing up big time in the trailer: Edie Falco stars as defense attorney Leslie Abramson.

“The Brave,” about America’s undercover special ops soldiers and analysts, is cut from the same cloth as NBC’s “Taken,” it’s just that these guys are in uniform.

We’ll see a lot of this kind of military drama on TV in the fall—and most of the trailers I’ve seen give me a “been here, seen this” feeling. I cringed when I heard Anne Heche utter the overused phrase “wheels up” in the trailer. Still, I’ll give it a whirl. I can watch Mike Vogel all day long.

All bets are off how long I stick with it, though: “Strike Back” is coming back to Cinemax.

You’ll find the NBC fall schedule below, followed by descriptions and trailers for all the new shows coming to the network in the 2017-18 season. Update 6/1: NBC altered its Tuesday and Thursday programming; the changes are reflected in the schedule below.

This heart-pounding drama journeys into the complex world of America’s elite undercover military heroes. While D.I.A. Deputy Director Patricia Campbell (Anne Heche) and her team of analysts wield the world’s most advanced surveillance technology from Washington, D.C., Adam Dalton (Mike Vogel) and his heroic Special Ops squad of highly trained undercover specialists use their unbreakable bond and commitment to freedom to save lives of innocent people and execute missions in some of the most dangerous places in the world.

This new eight-episode true-crime installment of the powerhouse “Law & Order” franchise delivers a gripping, in-depth dramatization of the notorious murder case that changed America forever. When the Menendez brothers were tried on national TV for brutally killing their parents in Beverly Hills, their story became a national obsession. Now, the first edition of this anthology series delves into the players, the crime and the media circus, detailing the day-to-day battles of the trial and unveiling the shocking truth of what really went down when the cameras stopped rolling.

When three suburban moms get tired of trying to make ends meet, they decide it’s time to stick up for themselves by robbing the local supermarket at (toy) gunpoint. But when the manager catches a glimpse of one of them and the loot is far more than they expected, it doesn’t take long for the three best friends to realize the perfect getaway will be harder than they think. This comedy-infused drama mixes a little “Thelma & Louise” with a bit of “Breaking Bad.”

This grounded new thriller follows Mara Kint (Sarah Shahi), a former hostage negotiator and expert on human behavior who became a college professor after facing an unimaginable personal tragedy. But when she’s brought in to save ordinary people who have lost themselves in a highly advanced virtual-reality program in which you can literally live your dreams, she finds that in saving others, she may actually have discovered a way to save herself.

This heartening new drama about finding inspiration in unexpected places is inspired by a true story. When dedicated teacher and family man Lou Mazzuchelli (Josh Radnor) sheds his own self-doubt and takes over the school’s lackluster theater department, he galvanizes not only the faculty and students but the entire working-class town.

That’s right, honey! A decade after their unforgettable eight-season run, comedy’s most fabulous foursome is back. Debra Messing, Eric McCormack, Sean Hayes and Megan Mullally reprise their infamous roles as Will, Grace, Jack and Karen in this exclusive 12-episode event. The legendary James Burrows, director of every original “Will & Grace” episode, returns along with a slew of razor-sharp jabs and dirty martinis. Behold once again, from the minds of Max Mutchnick and David Kohan, TV’s wittiest ensemble ever.

When a philosophy scholar loses out on his dream job and goes to work as a high school Advanced Placement biology teacher, he makes it clear he will not be teaching any biology. Realizing he has a room full of honor roll students at his disposal, he decides instead to use the kids to his own benefit.

Vince, a charismatic gym owner with no ambition, lives with his younger brother Michael, a gorgeous idiot. Their simple life of women and working out is put on hold when the teenage son of Vince is dropped off on their doorstep by Priya (Mindy Kaling), one of his old high school flings.

Executive producer Chris Hardwick hosts this new series that will showcase the groundbreaking scientific and technological advances that are shaping the future, as well as celebrate the pioneers and communities at the forefront of this golden age of unprecedented discovery, innovation and opportunity. Each episode of “The Awesome Show” will be a rollercoaster ride through the world of innovation as told by the people who are shaping it and whose lives are affected by it. The series will highlight stories of revolutionary scientific and technological advances and will marvel at mankind’s tremendous feats, both now and in the future.

The one and only Ellen DeGeneres returns to primetime to host an exciting new game show that’s one big party! Featuring super-sized versions of some of the most beloved games from “The Ellen DeGeneres Show,” as well as new ones, contestants will be pulled from the studio audience to maneuver massive obstacles while answering trivia questions, all under the pressure of Ellen’s mischievous and hilarious antics. With DeGeneres’ witty and comedic sensibility plus fun-filled games, each episode is sure to entertain the entire family and deliver lots of laughs. One lucky contestant will get the chance to win the grand prize, but everyone will have a blast!

No stranger to young geniuses, Neil Patrick Harris hosts an exciting new game show that celebrates the smartest kids in America. These talented “genius juniors” will team up to take on mind-blowing tests of logic, math, memory, spelling and more. Through escalating rounds, they will be tested in each area of the brain, culminating in an ultimate challenge to be crowned the smartest and brightest. The winning team will take home a life-changing prize—setting the stage for a big, bright future ahead.

Executive producers Amy Poehler and Nick Offerman host this lighthearted competition celebrating the creativity and craftiness in all of us. Each week, eight amateur makers will take on a series of projects they must complete in their own unique way. As the competition escalates, the amateurs will be challenged to master progressively difficult skills, culminating in a final craft-off between the most creative and tenacious contestants. Shot in a serene outdoor setting, this friendly competition will focus on the character and camaraderie of DIY culture. Through it all, Poehler and Offerman will provide encouragement, guidance and plenty of laughs.