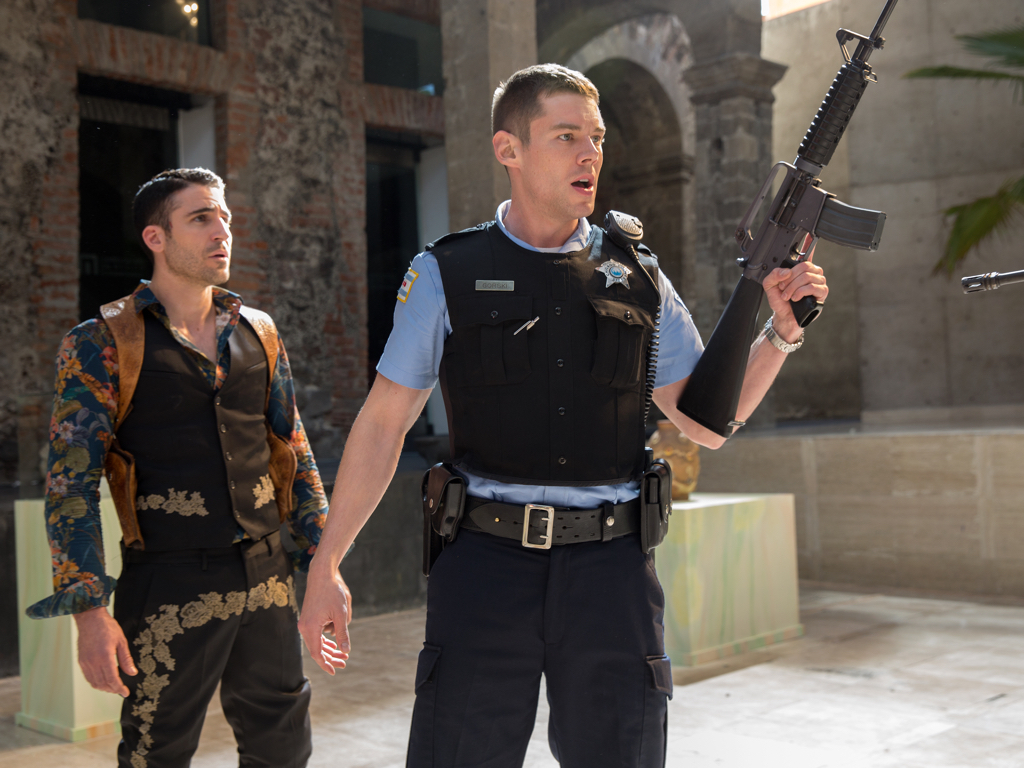 Miguel Angel Silvestre and Brian J. Smith in Season 1 of "Sense8," one of Netflix's most speedily binged shows. (Murray Close/Netflix)

Netflix binge habits—how do you compare?

Have you ever wanted to know how your Netflix binging habits compare to viewers around the world? The streaming service has provided a peek at how fast its viewers binge shows.

Although the streaming service doesn’t release viewership data for its programming, Netflix analyzed viewing data in more than 190 countries from October 2015 to May 2016 for its Binge Scale.

Netflix says the users who completed the first season of the 100 serialized TV titles it studied did so in five days on average. The median viewing time per day for these “completers” was 2 hours and 10 minutes, the company reports.

The results show that people watch irreverent comedies and political dramas at a slower pace because they want to savor the societal commentary of the former and the complex narratives of the latter. These shows include “BoJack Horseman” and “House of Cards.”

Netflix users devour more episodes of thrillers, sci-fi and horror because these shows “assault your senses” and it is harder to pull away from their high-energy narratives.  “Sense8” and “Orphan Black” land on this side of the scale—although both unpack a lot for viewers to consider. I find them mighty thought-provoking.

“As the Binge Scale indicates, the viewing experience of a series can range from the emotional to the thought-provoking,” Cindy Holland, vice president of original content at Netflix, said in a press release.

After the graphic below, you’ll find a list of dozens of shows and where they fit in Netflix’s Binge Scale. Netflix pointed out that the scale has no relation to viewership. Nope, they still aren’t going to release those numbers.

Which shows have you binged—and why? Tell me in the comments section below.

Netflix has released information on its most binged shows and binge habits.

Seasons of these series are completed in a median of 4 days. Viewers watch about 2 hours and 30 minutes per day (if my math is accurate). The categories are listed from most binged to least, but the titles are in alphabetical order.

These shows typically are completed in six days. They are viewed around 1 hour and 45 minutes per day. The categories are listed from most binged to least, but the titles are in alphabetical order.