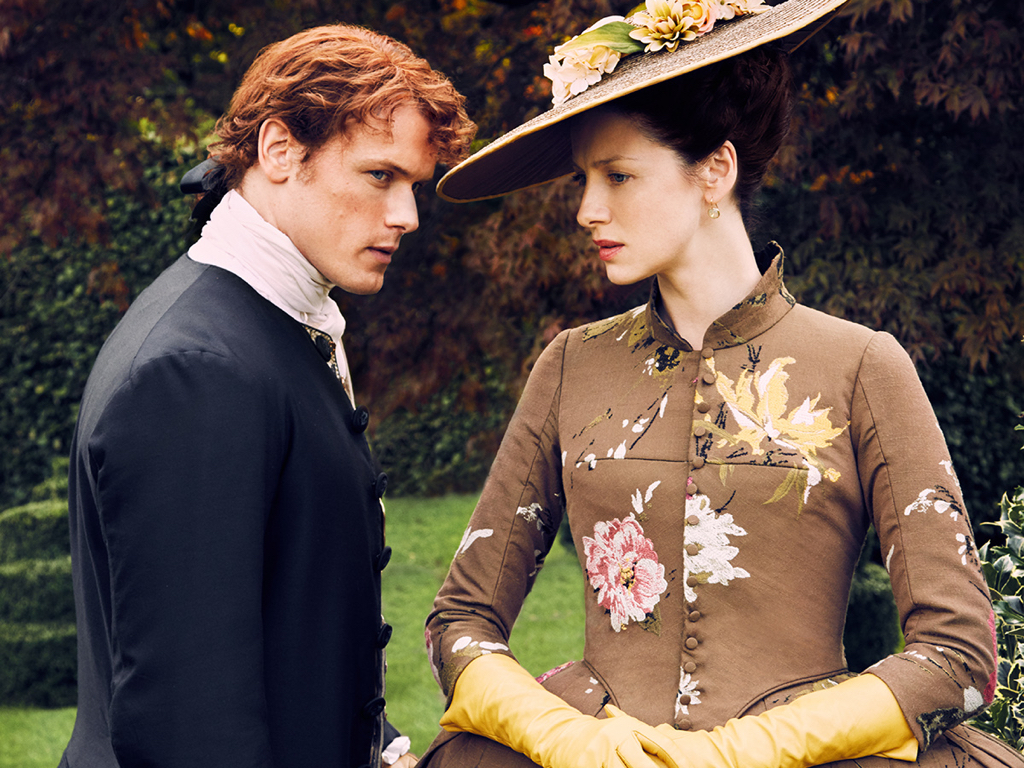 Outlander will return to Starz for at least two more seasons. The network announced Wednesday it will produce adaptations of third and fourth books in Diana Gabaldon’s bestselling novel series.

In its release, Starz said, “this is the first multi-book pickup for ‘Outlander,’ assuring the series will run for several more years.” The hit show currently is in the middle of its second season. New episodes air at 10/9c Saturdays on Starz.

The show is executive produced by Ronald D. Moore and comes from Sony Pictures Television.

“On this 25th anniversary of the publication of the first book in the U.S., we are thrilled and honored to be able to continue the story that began with author Diana Gabaldon, and is brought to life by the incredibly talented Ronald D. Moore. There are no better storytellers for ‘Outlander’ than this team, both in front and behind the camera,” Starz CEO Chris Albrecht said in the release.

“ ‘Outlander’ is like nothing seen before on television,” he said. “From its depiction of a truly powerful female lead character, to the devastating decimation of the Highlander way of life, to what is a rarely seen genuine and timeless love story, it is a show that not only transports the viewer, but inspires the passion and admiration of its fans.”

“Outlander” follows the story of Claire Randall (Caitriona Balfe), a combat nurse from 1945 who is married to Frank Randall (Tobias Menzies). While vacationing is Scotland, Claire is swept back in time to 1743 Scotland. She is forced to marry Jamie Fraser (Sam Heughan), a chivalrous Scottish warrior. She falls for Jamie, who is targeted by Black Jack Randall (Menzies), a sadistic British officer and ancestor of Frank.

In Season 2, Claire and Jamie travel to France to help prevent the annihilation of the Scottish Highland life. The second season premiered in April and continues to rack up critical praise, fan love and ratings.

The “Outlander” second season premiere set a new Starz record for an original series/season premiere, more than doubling viewership over the first season. Through seven episodes in season 2, the series has rated second across all of cable among women 18+, Starz reports.

“The world of Jamie and Claire is expansive and emotionally complex,” said Jamie Erlicht and Zack Van Amburg, presidents of U.S. Programming and Production at Sony Pictures Television. “The audience has rewarded ‘Outlander’ with their praise and loyalty, and we know we will deliver the best seasons yet in the years ahead. Starz has been an incredible partner and has truly helped shape this into one of the most iconic premiere series on the air today.”