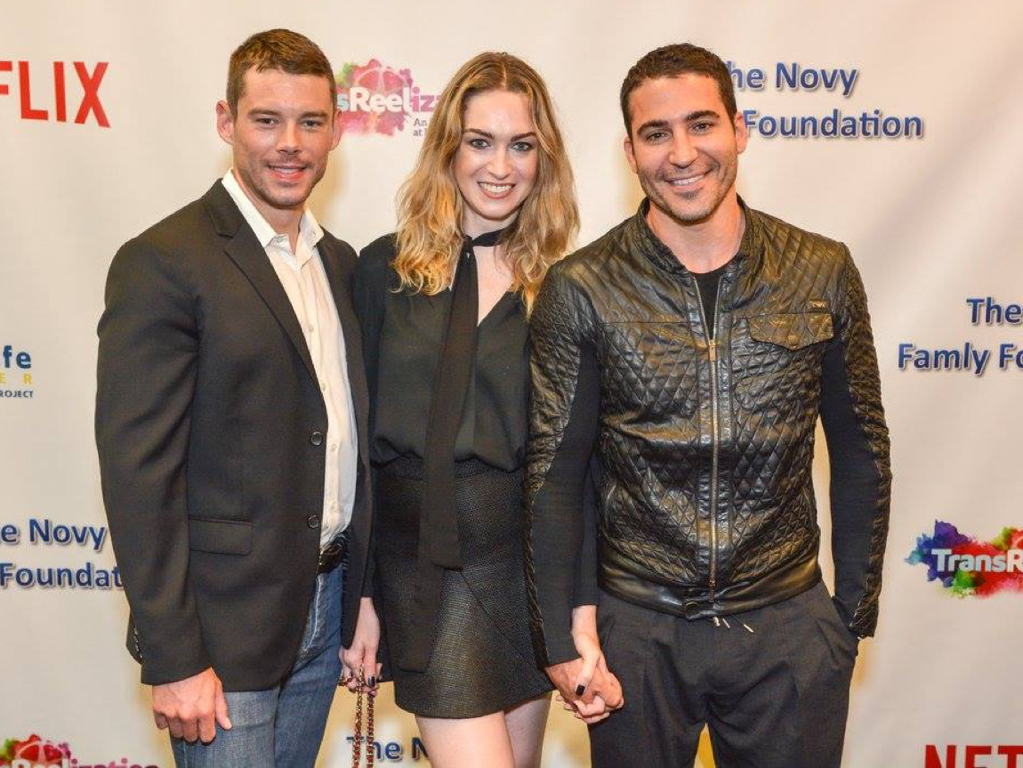 Sense8 fans are getting tantalizing teases about the upcoming second season of the Netflix series, but probably not everything they want to know.

The series, from the Wachowskis and J. Michael Straczynski, tells the story of eight people from around the world who become connected psychically and can share each other’s thoughts, emotions and abilities. The first season premiered last summer on Netflix, and immediately fans wanted more.

Although Netflix has not announced a premiere date for the second season, filming is underway.

On Jan. 24, I spotted Smith in Chicago, saying hello briefly before he was called back to shoot scenes in the Andersonville neighborhood. (FYI, Will has a beard.) The production had secured a few streets in the neighborhood Saturday and Sunday. I saw trailer doors marked “Riley” and “Mr. Whispers,” so I assume Tuppence Middleton and Terrence Mann were in Chicago as well. Smith’s character seemed to have two trailer doors—one marked “Will” and one marked “Gorski.”

I also spotted creator, writer and director Lana Wachowski at the same North Paulina Avenue location. From what I understand, the production now is headed to San Francisco.

Signs on trailer doors read “Will” and “Gorski” Jan. 24 near the location shoot for “Sense8” in Chicago’s Andersonville neighborhood.

That’s about all I know about the second season, but I spoke with Clayton, Silvestre and Smith during the Aug. 29 TransReelization benefit for Chicago House at Kinowerks Studio. We talked about their “Sense8” Season 1 experiences and what they hope happens in Season 2.

Spanish actor Silvestre explained that Lana Wachowski whispered directions to him during the scenes, but because his English wasn’t great at the time and he couldn’t hear her well, he had a hard time knowing what she was saying.

“So every time I was hearing Lana whispering I went to kiss another [actor]. Maybe she was telling me to kiss someone or to pet someone,” he said. “But then I could feel somebody was pulling my feet, saying ‘OK, enough. You should go out.’ But I was so happy, enjoying everything.”

When I asked Silvestre about his hopes for Season 2, he was quick to answer with one wish. “I’m going to speak with Lana and I’m going to say, ‘You better give me a great start for the second season, too, because [how] I started the first season [was] incredible,’” he said.

I’ll have to check in to see if he got his wish. Here are excerpts from my conversations with the actors. And remember, these interviews happened before they read any Season 2 scripts.

You had some of the best lines in the show and I was wondering if you had a favorite?

Oh yes, yes. One of my favorite lines that when I read it I felt like,  “OK, this line I’m going to tattoo on my body,”  which is when I go to the bartender I say, “Double tequila. No, yeah, double tequila, two doubles tequilas, tequila squared.”

I love the writing. But of course there are many moments with Hernando: “I’m feeling very Whitney Houston right now.” When we were rehearsing that I was saying to Lana, “I think I cannot push this because the line is so huge I only have to say it and then run away.” [Laughs.]

I loved  your breakdown in the car yelling at the villain.

“With your fucking villain mustache!” [Laughs.]

Are you excited for Season 2?

Yeah, very, very, very excited. We were talking yesterday with Lana and Karin [Wachowski] and we were remembering many moments that we lived together in the first journey. I think the second one is going to be even better because we know each other and we have created a family. I understand more their world, so I think I’m going to enjoy it even more if it’s possible.

Well, I was a bit shy because when I got to the set they told me, “Here Miguel, this is your outfit. So you go to your van and get changed.” And they give me just a piece of like—a cock sock, no?

So after they gave me that I was like, “Whoa.” Me and Brian … met Jamie and Freema and I met all the crew that was going to be shooting with us for six months for the first time with one hand covering my [motions to you-know-where].

So what are you looking forward to in Season 2 for your character?

For my character? … I haven’t even dared to think about that, to be honest, because I know that I would go for the easy way of thinking. I’m going to be very surprised of what they’re going to write.

But I can picture having a lot of fun doing all of the scenes where Lito has to act to get something for the cluster. I think I’m going to give the best performance that Lito has ever done in his life in real life, you know, to get things that the cluster needs. So if they need me to, I’ll pretend that I’m a fireman or a policeman or something like that.

Oh yes. That was one of the things that I enjoyed the most. The drama was very well written and I just had to be there. But the comedy we were improvising a lot. We were trying things and the Wachowskis were more than happy to try. They weren’t in a rush. So they wanted me to try and to fail, you know? They wanted me to try, fail and try to stand up. And in that path many things surprised us.

Related: Sense8 stars on how series expanded their minds

What are you hoping for Will in Season 2?

The show is so big and so the ideas they’re trying to explore are so big … He starts off as a cop. He has a very clear idea about who he is, his masculinity and his sexuality, what’s happened with him in the past. I would love to see everything get flipped. I would love to see Will become something almost unrecognizable by the end.

Not a Mr. Whispers?

Not a Mr. Whispers—no, no, no. Not in a bad way but in a transformative way, I think, because of what they’re going through. It is an opportunity to be a transformative experience for these people.

I had a great fear when he sedated himself that he might actually kill himself for the good of the group—since Mr. Whispers looked into his eyes.

We see these three very solid relationships in the series.

Yeah, it ends that way. It’ll be interesting if now these things become complicated. Ursa, in the middle of the season, says love between two sensates, or love within the cluster, is pathological. It’s the ultimate form of narcissism. … It’s going to be interesting to see how that manifests itself and if that becomes a problem or not.

I have a feeling they’ve got a really positive sort of romantic view about community and love in general. Those are going to be things that are actually solid. It’s going to be the outside world that’s going to be a problem for them.

My prediction is that the cluster is going to be this thing that is very solid, very positive and a very good spiritual base for these people. The outside world is not going to react to that very well.

Did you jump at the chance to come to this event tonight?

Oh my God, yeah—there was no question. I grew up in Texas and my parents, thank God, are very open minded. I grew up in a community that was not the most diverse, I guess you could say.

Lana and Jamie are the first transgender women that I’ve ever had the honor of working with. It’s been such an amazing experience.

The strength that they’ve got—and it’s not bravery because there’s something weird about that word, bravery, in relationships—but the spiritual strength they’ve got to become who they know that they are has been very inspiring for me.

When they asked you to come tonight and support Chicago House did you jump at the chance?

Oh, of course. Anything that Lana asks me to do, it’s a yes. And when I learned about the Chicago House and the TransLife Center specifically, I jumped at the chance to come and be a part of this. My mother has always instilled in me a need and a want to be involved in charities. And I’ve sort of been finding my niche and I love that Lana and Karen have found theirs in the TransLife Center. So anything that I can do to help, yes.

Were you happy to find this show?

When I read the part I thought, “I can do this.” I thought to myself, “I want this, I can do this. I know this girl. I want the opportunity to do this.” I did everything that I had to do to get the part. And I worked my butt off and I got it and I’m thrilled.

I think on a level I knew that we were showing content that hadn’t necessarily been shown before in the way that we were showing it. … That really hit me when we had the first screening of the whole season because I didn’t go to Kenya, for example, or India. To see those stories on screen for the first time and to watch the way that they unfold was really cool for me because I got to learn so much about those people, those cultures, those places, which is what the audience gets to do themselves.

What are you hoping for in Season 2?

Did all the love for Nomanita surprise you?

No, because our love is so pure. Well not our love—their love. It’s so funny, it’s sort of like it’s all blurred at this point. But their love is so pure and so great and it’s so many things in one relationship, you know?

But I was not surprised at all.  Freema and I knew while we were filming that it was something special. She taught me about shipping—how fandoms will ship. It’s funny, people ship Nomanita and I’m really happy that they do.