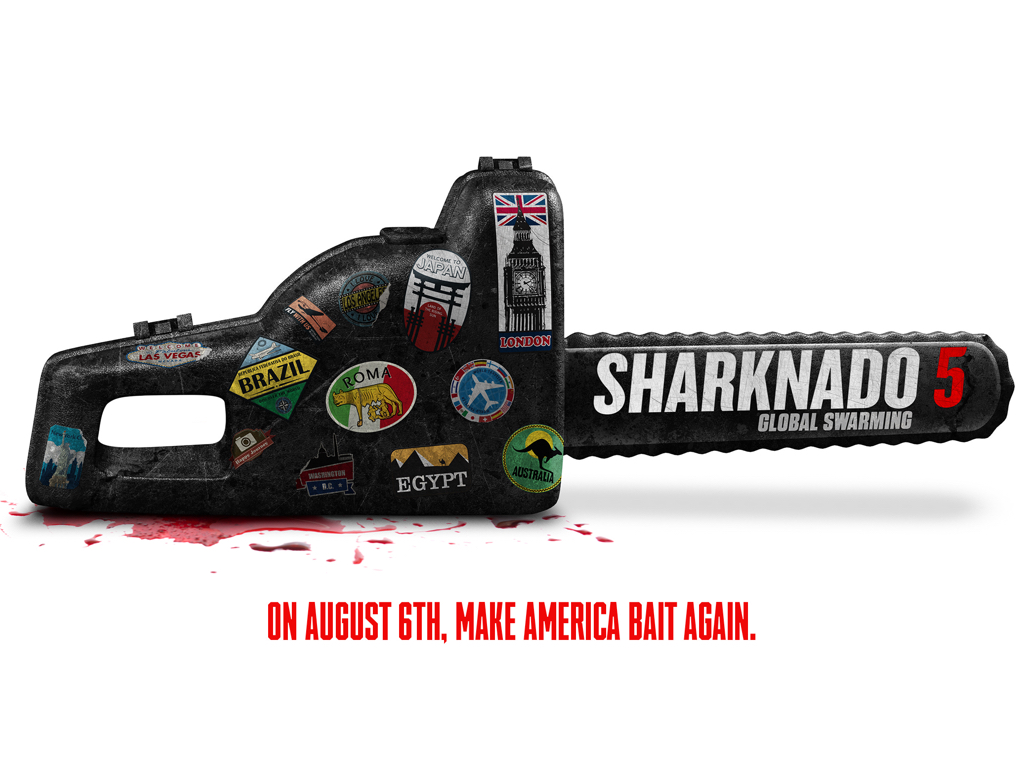 Get ready for ‘Sharknado 5: Global Swarming’

You can’t keep a hungry shark out of the … air? We knew Sharknado 5 was happening, and now we know its not-so-subtle subtitle: Global Swarming.

Syfy shared the news June 1, the same day Donald Trump announced that the United States would withdraw from the Paris climate accord, thus weakening efforts to combat global warming.

On the one hand, it’s not great timing. On the other, maybe the world needs to chuckle. The network and “Sharknado” franchise creator The Asylum also announced the film’s timely tagline: Make America Bait Again.

Both the title and tagline are the result of a fan-sourced social initiative launched this April. Calling on fans for inspiration, Syfy invited Facebook users to submit their most creative and outrageous ideas via an interactive bot.

Anyway, “Sharknado 5: Global Swarming” will debut at 8/7c Aug. 6 on Syfy and in more the 100 countries, if they aren’t all under water by then.

In the latest film, the mission gets personal for Fin Shepard (Ian Ziering) and his bionic wife, April (Tara Reid). Their son gets trapped in a tornado that defies the laws of, well, tornados. It can travel over large bodies of water and take the lad around the world.

From London to Rio, Tokyo, Rome, Amsterdam and beyond, our globetrotting heroes will seek assistance from a highly-skilled squad of royals, scholars and Olympians. They enlist famous faces from news, entertainment and sports in their most epic battle yet.

And just in case all that doesn’t whet you appetite for more fake-looking sharks, bad acting and horrible special effects, Syfy offers the first list of celebrities making cameos.