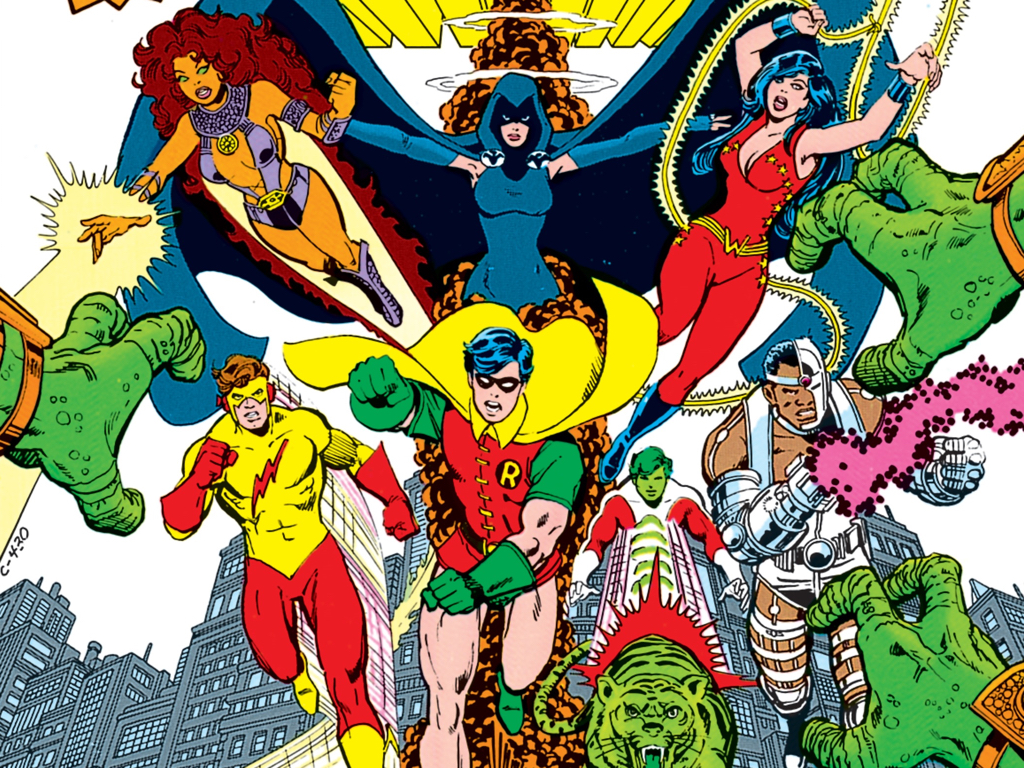 “Titans” follows a group of soon-to-be super heroes recruited from every corner of the DC Universe. Based on the “Teen Titans” comics, the action series will explore one of the most popular comic book teams in history. Dick Grayson will step out of Batman’s shadow to lead the team which includes Starfire, Raven and many others.

Warner Bros. Animation’s “Young Justice: Outsiders” is the third season of the “Young Justice” series. The teen super heroes take on meta-human trafficking and the terrifying threat it creates for a society caught in the crossfire of a galaxy-wide genetic arms race.

DC Entertainment still trails Marvel when it comes to TV, but the comic giant is catching up.

Marvel has 10 live-action shows in production and more in development, with a handful of animated shows already airing. Eight DC shows currently air on broadcast networks. “Supergirl,” “Arrow,” “The Flash,” “DC’s Legends of Tomorrow” and “iZombie” are on CW. “Gotham” and “Lucifer” air on Fox. NBC broadcasts the comedy “Powerless.”

“Titans” and “Young Justice” join Syfy’s “Krypton,” which is already in production, as sure bets for new DC shows. Warner Bros. is shooting a pilot for “Black Lightning” starring Cress Williams. Many are predicting “Black Lightning” and some other DC titles will be coming soon to our small screens.

Both “Titans” and “Young Justice: Outsiders” are in early stages of production and will air exclusively on the new digital service in 2018.

The animated “Young Justice: Outsiders” will debut in 2018 on a DC-branded digital network. (DC)