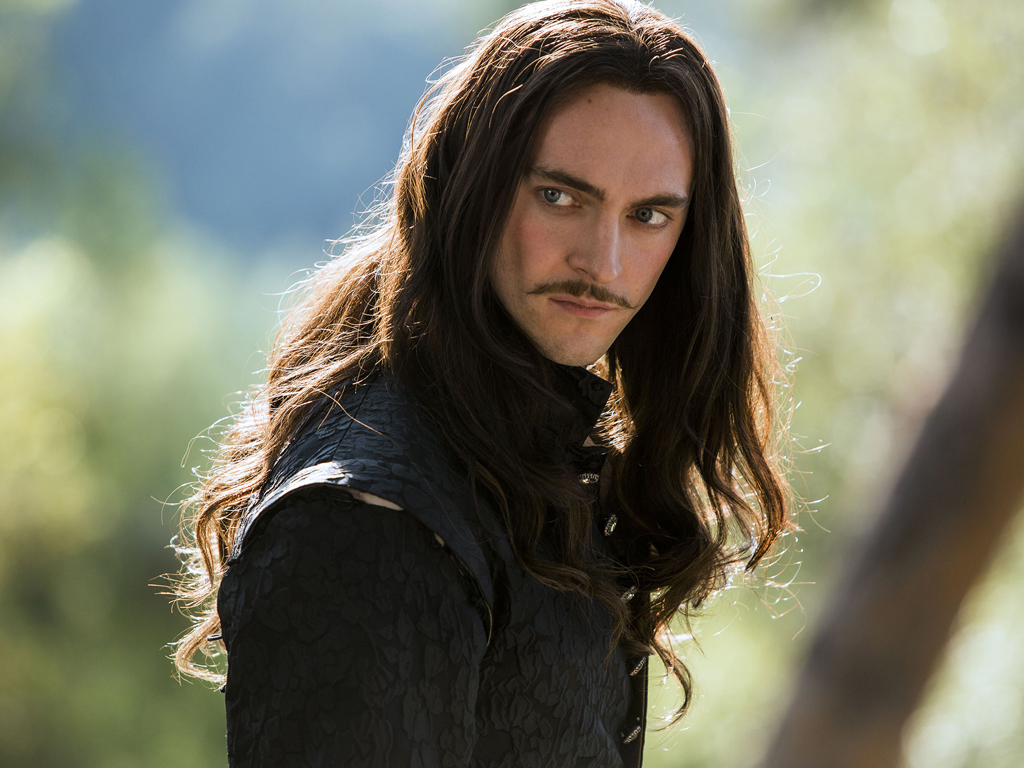 “[Sex] is part of this world,” George Blagden said. “We couldn’t do this show without adding those elements. … We are basing this on historical fact.”

Blagden plays King Louis XIV in the Anglo-French drama airing at 9 p.m. Saturdays on Ovation, the arts-focused cable network. The series follows Louis’ wish to convert his father’s former hunting lodge at Versailles into a grand palace that will become the symbol of French power.

It also highlights the more sensual desires of Louis and members of his royal court at Versailles. The 10-episode first season opened with two romps within the first six minutes, and a total of seven in the first two episodes.

Not surprisingly, “Versailles” has been a huge success for Ovation, giving the network its highest-rated drama premiere Oct. 1. The first two episodes drew a combined audience total of 557,000 viewers, Nielsen reported, tripling the network’s average prime time audience in the adults 25 to 54 category.

Blagden and his co-stars, Alexander Vlahos and Noemie Schmidt, defended the sex scenes during phone conversations earlier this year. They insist that creators Simon Mirren and David Wolstencroft added nothing gratuitous to the show simply for shock value.

“Once you’re kind of given that blessing from someone whose day job is to study 30,000 manuscripts about these people and their lives, you sort of feel like you’ve got license to do whatever you want,” he added. “Be bold.”

Sex fueled the social and political climate at Versailles, the actors agreed. People measured their status by sexual activity, with few conquests remaining secret. Members of court ascended and descended by manipulating others with espionage, violence—or sex.

“The bedroom is the boardroom,” said Vlahos, who stars as Louis’ adventurous brother, Philippe. He is married to one of Louis’ lovers, Henriette, played by Schmidt. Philippe also has a lover—the duplicitous Chevalier (Evan Williams), who uses his relationship with Philippe for dark purposes.

But no one seems to have more sex than Louis himself. Henriette started the season as his favorite, but most certainly isn’t his only lover. You can count Louise de La Vallière and Madame de Montespan among them, and more women are circling for a chance to impress the king and improve their status.

“For my character, [sex] is even more important because she was making love with Louis and having direct influence on him,” Schmidt said. “Everyone had many lovers. It was a way of having power. Power and sex were closely linked. Why it is disturbing to speak about that, I don’t know.”

A few Ovation viewers have asked the same question, especially after learning that the network trimmed some sex scenes. The network made those cuts, an executive said via email, to fit the one-hour, ad-supported format, not because of the content.

“While we did see sensitivity to some sexual and violent scenes in the series [during test screenings], … the overall response was exceptionally positive,” wrote Scott Woodward, EVP Programming and Production.

Rather than complaining about the sex scenes, Woodward said, American viewers have asked on social media where they can see the original European edits.

Apparently American viewers agree with Schmidt, who has this to say about her sex scenes: “To me, the sex scenes are not that bad. I never thought they were shocking. Also in France, we are used to that.”

If you want to see the uncut versions of “Versailles” episodes, Ovation’s VOD is the place to be.

Stuart Bowman serves with a smile