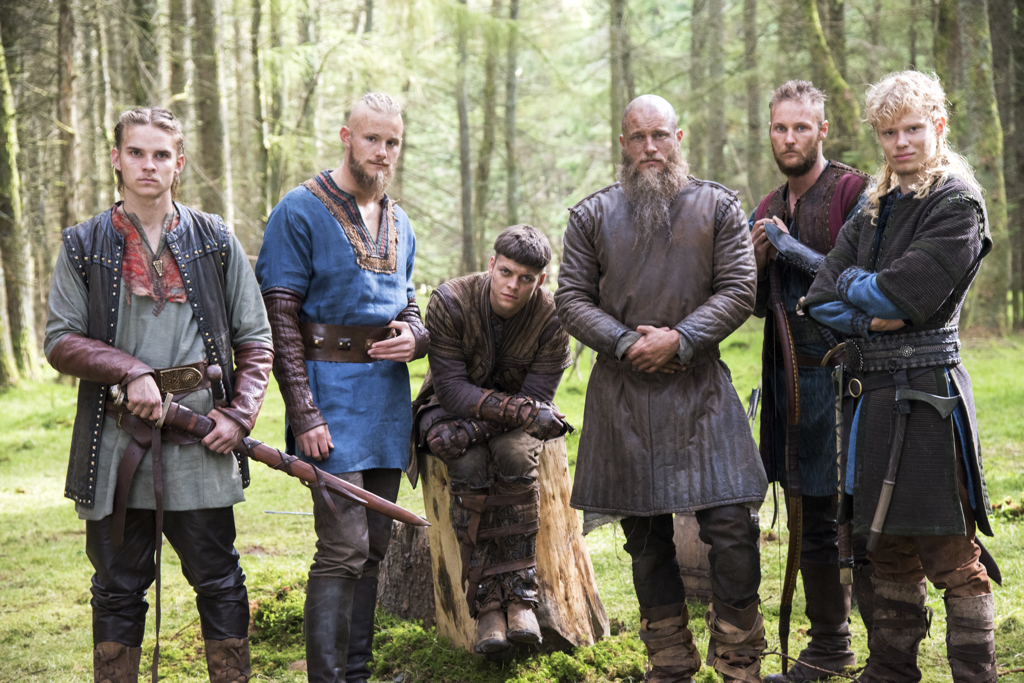 The Vikings raid again on Nov. 30 when History’s hit drama returns for the second half of its fourth season. The series, created by Michael Hirst, moves to 10/9c Wednesdays.

Let’s recap Part 1 of the season. After his defeat in Paris by his brother Rollo (Clive Standen), Viking ruler Ragnar Lothbrok (Travis Fimmel) left Kattegat and his family to lick his wounds.

The series jumped forward in time during “The Last Ship” episode, introducing Ragnar’s now adult sons and showing that Queen Aslaug (Alyssa Sutherland) was in charge.

In the midseason premiere, Ragnar’s reappearance in Kattegat triggers a chain of events that only the Seer could have predicted. Ragnar will face his family and his people while dealing with unfinished business in Wessex with King Ecbert (Linus Roache).

His ex, Lagertha (Katheryn Winnick), plans a power play in Kattegat. Their son Bjorn (Alexander Ludwig) prepares to fulfill his dream of exploring the Mediterranean in a sleek new boat built for him by Floki (Gustaf Skarsgård).

“This season is monumental and unlike anything we’ve ever done,” Hirst said in a release. “We’ve propelled ‘Vikings’ to the topmost level of historical drama as we follow storylines inspired by real life events such as Bjorn Ironside sailing through the Mediterranean and Ivar the Boneless becoming the most feared warrior of all time. It’s not a story of one man, but a saga of Ragnar and his sons.”

“Vikings,” from MGM Television, is an international Irish/Canadian co-production by World 2000 and Take 5 Productions. It is produced in association with Corus Entertainment. MGM TV serves as the worldwide distributor of “Vikings” outside of Ireland and Canada.