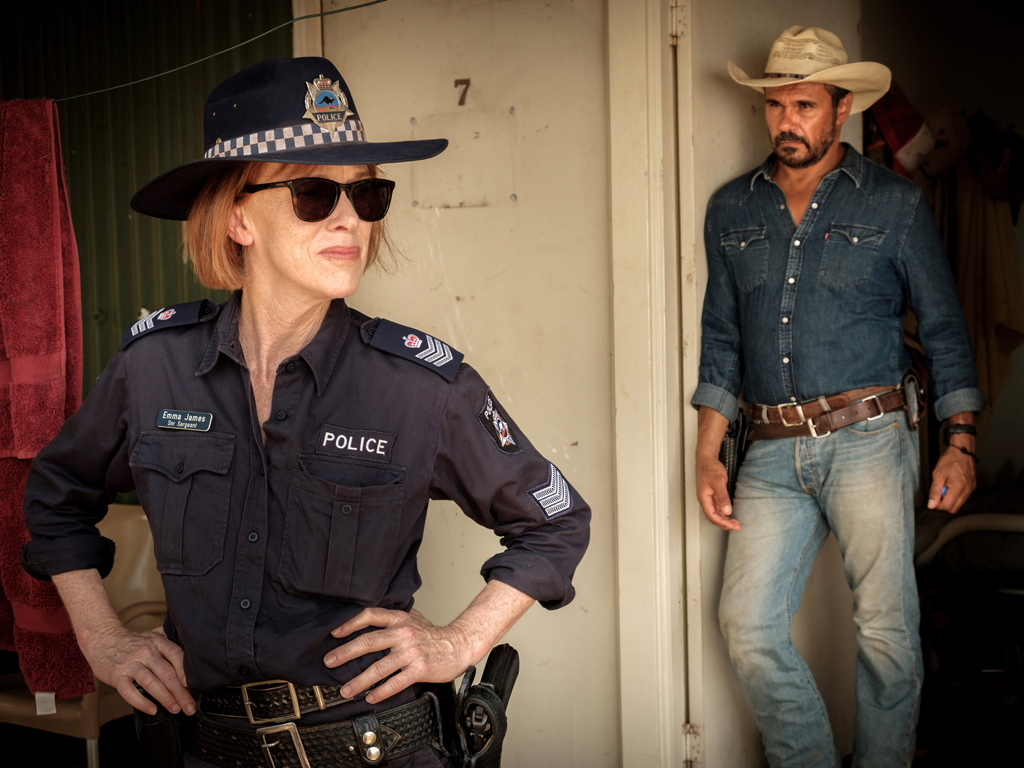 Acorn TV will stream one of its most popular series, 800 Words, a day after its world premiere in New Zealand. The award-winning dramedy is one of four exclusive U.S. premieres on Acorn in August.

The second half of the “800 Words” third season consists of eight episodes, which will air each Wednesday beginning August 15. This is the first time Acorn TV, which dubs itself North America’s largest SVOD for British and international TV, has adopted the “next day” format for this popular series.

The service presents three other exclusive U.S./Canada premieres in August: the hit Australian drama “Mystery Road,” the second season of the British police procedural “No Offence,” and the new Italian-language drama “Tangled Lies.”

Read more about these and other shows on Acorn’s August slate below.

In addition to the August premieres, Acorn TV also now is the exclusive U.S. streaming home for two of Britain’s top series that previously were on Netflix:

Mixing laugh-out-loud moments with heartfelt drama, “No Offence” follows an unorthodox team of officers in a crumbling cop shop on the wrong side of Manchester.

In Series 2, dizzyingly capable but unquestionably unhinged DI Vivienne Deering (Joanna Scanlan) and the Friday Street team go head-to-head against a ferocious and unpredictable Nigerian crime matriarch, Nora Attah (Reike Ayola). In between fighting their way through the unexpected and unpredictable crimes of week, Friday Street and the Attahs push each other to the point of destruction with shocking and naturally unpredictable consequences. Elaine Cassidy also stars.

In the vein of “Tinker, Tailor, Soldier, Spy,” this classic British drama seen on PBS follows a British spy hunting down traitors in the heart of government. Mild-mannered Brit Palfrey (Alec McCowen) describes himself as “just a civil servant,” but he’s much more. In the cloak-and-dagger world of the British security services, Mr. Palfrey is an invaluable player in the spy game. A master of counterespionage and a spy-catcher extraordinaire, he’s smart, discreet, cunning—and likes to do things his own way. His new boss (Caroline Blakiston) quickly realizes the talents and the dangers of the deceptively charming, utterly ruthless Palfrey.

BAFTA-award winner Suranne Jones and David Morrissey star in this five-part BBC thriller that follows several intersecting lives on five non-consecutive days. In Northeast England, lives intersect when a baby is found abandoned in a hospital toilet, while a young Muslim commits suicide by jumping in front of a train. Anne Reid, Hugo Speer and Matthew McNulty co-star.

The award-winning New Zealand family dramedy returns with new episodes. Logie winner Erik Thomson stars as George Turner, a man making a home for himself and his family in a beautiful and quirky New Zealand coastal town. In these new episodes, the people of Weld speculate about George’s new relationship while his kids, Shay and Arlo, deal with their own romantic entanglements.

Multiple Emmy, BAFTA and Golden Globe winner Judy Davis and AFCA winner Aaron Pedersen star in this drama as two detectives investigating the mysterious disappearance of two young men in a remote town in Australia’s Outback. The 6-part series is currently a major ratings success for ABC Australia and has been featured at several festivals.

This series of seven hour-long documentary films tells the story of the Bible from an historical point of view. Writer and archaeologist John Romer  travels throughout the Middle East and Europe to examine the original authorship of the Bible and its relationship with history.

The Spy Who Went Into the Cold

In 1963, at the height of the Cold War, a well-educated Englishman called Kim Philby boarded a Russian freighter in Beirut and defected to Moscow under the nose of British Intelligence. For 30 years he had been spying for the Soviet Union while working senior jobs in the intelligence agency MI6. Was his escape from justice an embarrassing mistake, or part of a plan worked out with the Soviets?

The life of a single mother is thrown into anguish when her only daughter and a friend disappear on their way home one night. The whole community joins in a race against time to find the girls, uncovering the seemingly tranquil town’s dirty secrets. The drama is titled “Scomparsa” in Italy.

When Tessa Piggott (Zoë Wanamaker) goes through a difficult breakup (her married ex-lover and ex-boss left her for a younger mistress), she looks for a new job. Deciding to leave the rat race, she finds herself a position in a charitable organization with an old college friend, Diane Warburg (Jane Lapotaire). Tessa finds a new boyfriend in Frank Carver (Adam Faith), a roguish entrepreneur who’s learning how to live with his college-age daughter. The series follows Tessa and Frank’s romance and the stories of their friends and families.