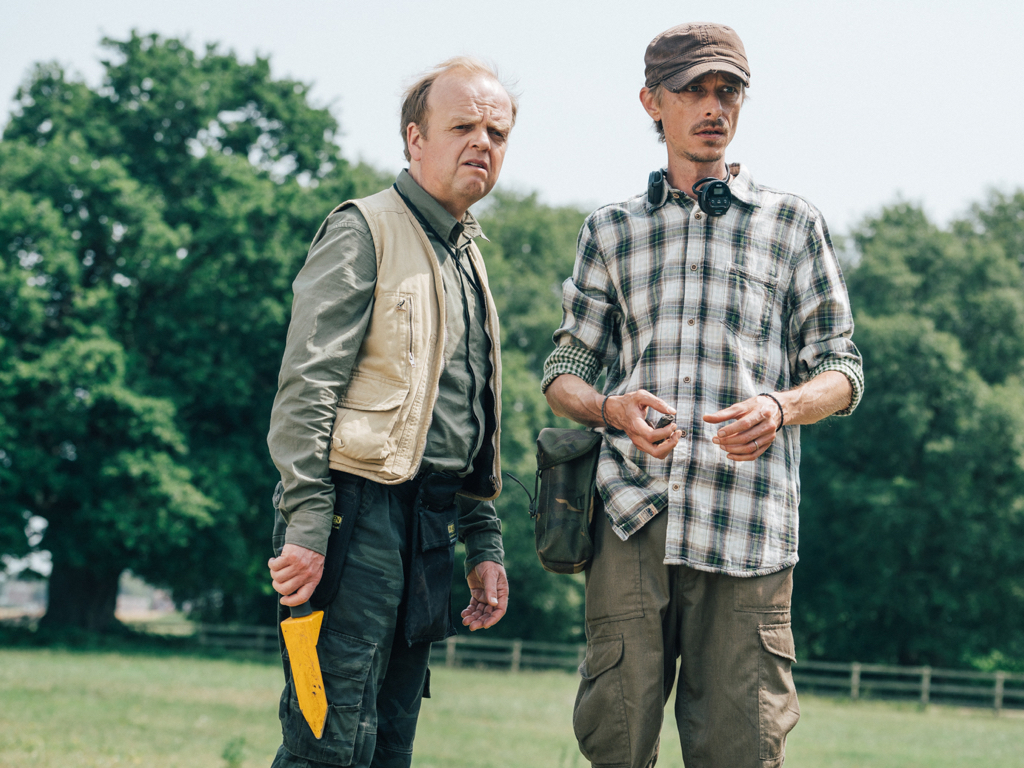 Acorn TV rings in the new year with premieres of a new original series, Girlfriends, the return of another original, Detectorists, and the latest season of popular Canadian drama Murdoch Mysteries.

The streaming service also brings the 2017 New Zealand courtroom drama  “Dear Murderer” to the U.S. as an exclusive premiere.

And as if that’s not enough, “Chicago Fire” fans can watch Eamonn Walker, who plays Chief Boden in the NBC series, in one of his British TV roles from the 1990s series “Supply & Demand.”

Read more about those and other Acorn TV premieres below.

Eamonn Walker in “Supply and Demand.”

From Lynda La Plante, the creator of “Prime Suspect,” this mid-1990s crime drama follows the elite specialist undercover squad (ESUS), a fictionalized experimental unit set up to forge closer links between MI5 and the police force. The unit is headed by MI5 agents, but the rest of the team have been seconded from regional police forces because of their specialist undercover expertise. ESUS investigates cases that go beyond the remit of either the regional police forces or Special Branch. The ITV series stars Eamonn Walker, Benedict Wong, Miriam Margolyes, Larry Lamb, Stella Gonet, Martin Kemp and Ade Sapara.

Veterinarian Julian Norton and patients in “The Yorkshire Vet.”

Get a glimpse of the true story behind “All Creatures Great and Small,” the classic series by James Herriot. Narrated by Christopher Timothy, star of “All Creatures Great and Small,” this observational documentary series follows staff at the original practice of Alf Wight (James Herriot was his nom de plume) in North Yorkshire. With exclusive access to Julian Norton, The Yorkshire Vet, his partner and former Herriot trainee, Peter Wright and their dedicated team of staff, we follow the day-to-day comings and goings and meet their clientele—both two-legged and four-legged.

Acorn TV’s hit period mystery series returns. Garnering more than two dozen Gemini nominations and the sole 2016 “Fan’s Choice Award” at the Canadian Screen Awards for Yannick Bisson, “Murdoch Mysteries” has found a huge audience in North America for its period charm, entertaining mysteries, and likeable characters. Set in Toronto in the late 1890s and early 1900s during the age of invention, the mystery series centers on Detective William Murdoch (Bisson), a methodical and dashing detective who enlists radical new forensic techniques like fingerprinting, ultraviolet light and trace evidence to solve some of the city’s most gruesome murders. Inspired by Maureen Jennings’ novels, “Murdoch Mysteries” airs on the CBC in Canada and in the U.S. after Acorn TV as “The Artful Detective” on Ovation. (New episodes each week.)

Set in the East End of London, this mid-1990s series stars John Hannah in the title role of Dr. Iain McCallum, a motorcycling forensic pathologist with a passion for truth and more women problems than he can handle.  Surrounding him are the dedicated St. Patrick’s team of Angela Moloney, Sir Paddy Penfold, Fuzzy and Bobby—close friends at the sharp end, making up a formidable body of opposition to those determined to flaunt the law. Nathanial Parker leads the final special episode.

A new drama about the life and times of larger than life barrister, Michael Bungay (Mark Mitchinson), a flawed but unique rogue, who did what was necessary and always what was possible and occasionally the impossible. Based on the book by his widow, this five-part series spans several decades chronicling good, evil, rights, wrongs, strengths and flaws, all centered on one of New Zealand’s most infamous characters. “Dear Murderer” is a drama filled with courage, wit, pathos and humor, but it is also a fascinating perspective on The Law, both as a profession and as a moral idea. And it is a perspective that is not only uniquely New Zealand but also universal.

From BAFTA-winning writer Kay Mellor (“Love, Lies & Records”), the Acorn TV Original drama series with ITV stars two-time Oscar nominee Miranda Richardson, Phyllis Logan and Zoe Wanamaker. They play three friends struggling with the responsibilities that come with being a modern woman of a certain age. After the dramatic and sudden death of her husband, Micky, Linda reunites with two childhood friends. Each is facing her own issues, from a looming divorce to the loss of a high-powered job through age discrimination and juggling the responsibilities of their grandchildren and aging mothers. But as questions over the circumstances of Micky’s death arise, accusations reveal secrets, deception and doubts that tear at the girlfriends’ friendship. (New episodes each week after debut of first two episodes.)

Marcus du Sautoy in Fez, Morocco, for “The Story of Math.”

The Story of Math