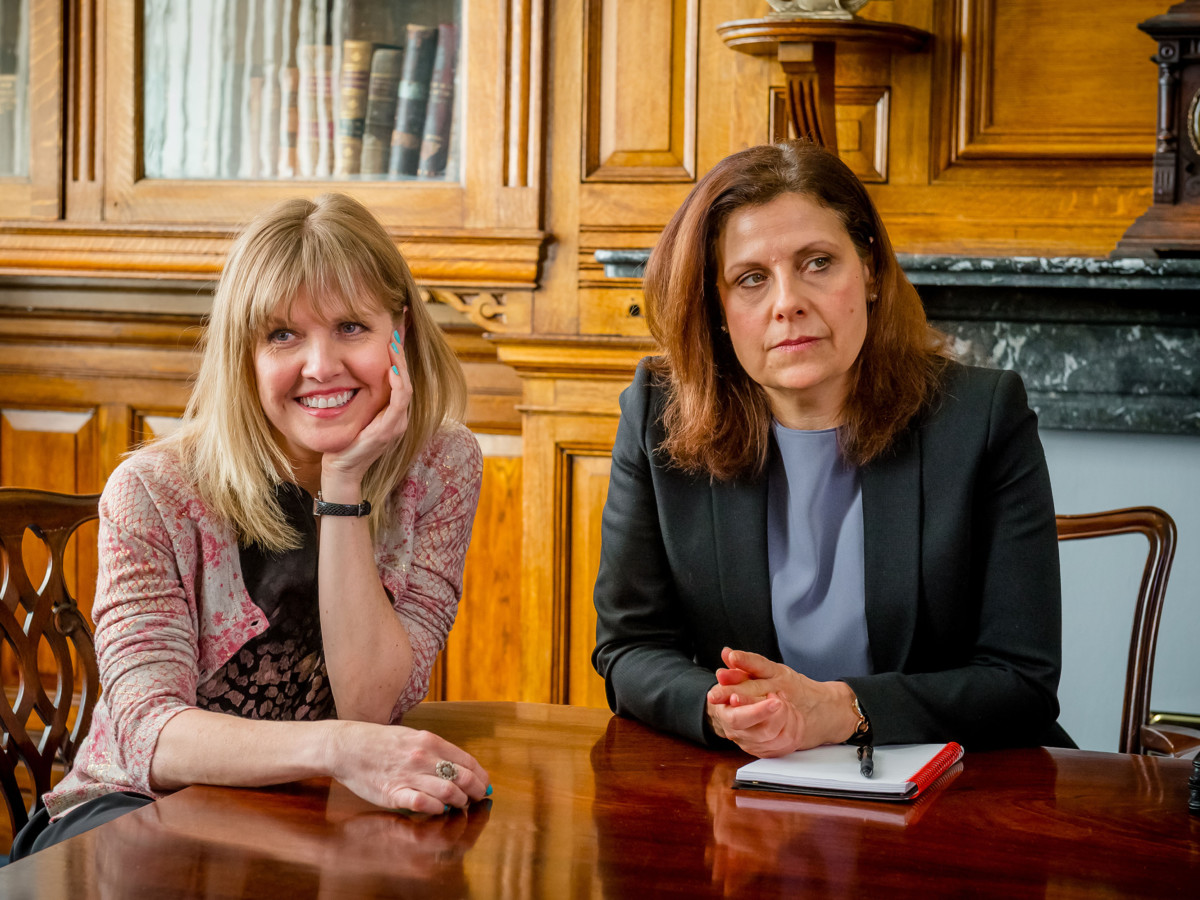 The final cases of a classic crime drama, a brand new original series and the return of a fan favorite highlight the Acorn TV November 2017 premieres calendar.

“George Gently,” the long-running detective series, returns with two feature-length mysteries to complete the story of the principled detective played by Martin Shaw. You can watch them—and all seven past seasons—beginning Nov. 1.

Then, starting Nov. 20, Acorn TV premieres its latest original production, “Love, Lies & Records.” Ashley Jensen, who Acorn viewers may know as “Agatha Raisin,” stars as a registrar trying to keep her personal and professional lives on track. New episodes of this dramedy will air on Acorn just days after their British premieres.

Fan favorite “A Place To Call Home” begins its fifth season on Nov. 23. The Australian period drama jumps ahead four years to 1958. Marta Dusseldorp’s Sarah Adams navigates her relationship with George Bligh and how they should raise their son. Expect some old enemies of Sarah’s, and the Bligh family’s, to pop up.

Acorn’s most popular series and one of the most popular UK series worldwide stars BAFTA winner Martin Clunes as a tactless, self-centered, and uptight doctor in a quirky seaside town in Cornwall.

Ida Engvoll stars as the title character in the Swedish drama “Rebecka Martinsson.”

Based on Åsa Larsson’s celebrated crime novels, the series revolves around Rebecka Martinsson (Ida Engvoll), a lawyer from Kiruna, the northernmost town in Sweden. Despite her professional success as a top lawyer in Stockholm, Rebecka still hasn’t found herself. When a dear friend from childhood suddenly passes away, Rebecka reluctantly returns to her hometown. Soon it becomes obvious that not everything is as it seems. The death of her friend becomes more and more suspicious, and Rebecka cannot tear herself away until she finds answers. Drawn into the gripping pursuit of a killer on the hunt for the next victim, Rebecka is forced to confront the terrible trauma that caused her to abandon her hometown.

Vicky McClure as DS Kate Fleming in Series 3 of “Line of Duty.”

Agatha Christie’s most infamous character, private detective Hercule Poirot, has seen a variety of incarnations on the screen, but none so perfectly portrayed as English actor David Suchet. This 60-minute doc follows the journey from page to small screen featuring interviews with actors, production team and the cream of the British crime-writing crop.

“Doc Martin” fan Sigourney Weaver reprises her guest starring role as a U.S. tourist at odds with the Doc in the Season 8 finale.

Michael Kitchen, Sophie Okonedo and Phyllis Logan star in this thriller from Paul Abbott, the acclaimed writer of “Shameless” and “Cracker.” Abbott offers an extraordinary rollercoaster of love, murder and lies after a man’s business partner dies under mysterious circumstance and a stranger helps him cover it up.

No one explores the human cost of crime and punishment with more depth and resonance than Lynda La Plante, creator of the critically lauded “Prime Suspect.” La Plante follows cases from the commission of the crime to the trial of the accused. She examines grueling, pressure-packed police investigations in all their gritty detail—the sudden insight that can crack a case and the careless mistake that can jeopardize justice. Going behind closed doors, she reveals the strategies of both prosecution and defense as they maneuver toward a final verdict. David Hayman stars as DCS Mike Walker, with Victoria Smurfit playing his partner, DCI Roisin Connor.

Ashley Jensen stars as Registrar Kate Dickenson in this series from the pen of BAFTA award-winning writer Kay Mellor (“The Syndicate”). Kate juggles her personal life with the daily drama and trauma of births, marriages and deaths that her department registers. Adrian Bower, Kenny Doughty, Rebecca Front and Mark Stanley co-star. New episodes debut within days of their BBC One broadcasts.

Based upon the experiences of actual detectives, the Aussie drama follows the Major Crime Squad in metropolitan Sydney. Winner of several Australian television awards, the series stars Don Hany and Susie Porter.

The addictive Australian period drama stars Marta Dusseldorp as Sarah Adams, a nurse who becomes involved in the affairs of the wealthy Bligh family. Dealing with themes such as anti-Semitism, sexuality and social class, this rich and meaningful, high-quality production has been hailed as one of the best television series of 2015 by The Wall Street Journal.