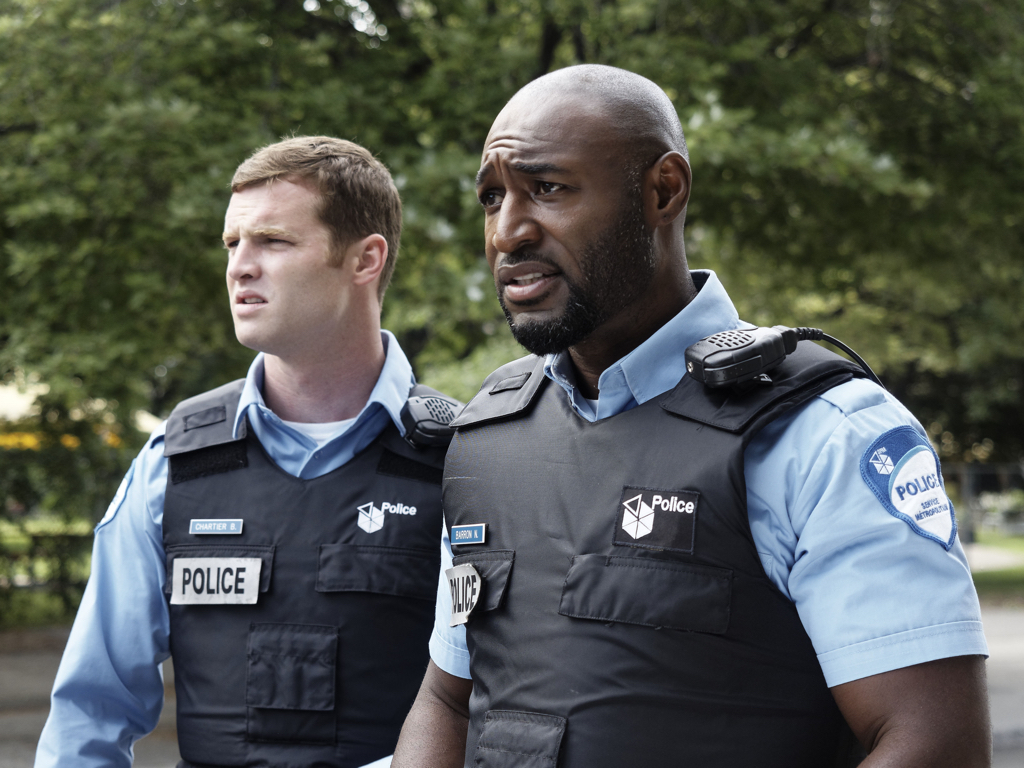 The Acorn TV streaming service has four exclusive premieres this month from England, Canada and Australia. Check out the Acorn TV October schedule below.

David Tennant, Peter O’Toole and Rose Byrne star in this miniseries that follows the world’s most notorious Lothario from the streets of Venice to the salons of pre-revolution Paris, and on to the London court of George III. Fast paced and edgy, the story alternates between the gripping love triangle involving the young Casanova, Henriette, and her husband, Grimani and the swan song of the world’s most notorious Lothario. The TV serial first premiered in March 2005 on BBC Three.

When a murder suspect’s interrogation turns violent, two detectives (Paul Bettany) must deal with the consequences and the suspicions of a fellow detective (Mark Strong). Brian Cox also stars.

Hoping to escape the storm they unleashed at the end of Season 1, Jesse (Ashley Zukerman) and Ned (Dan Spielman) are confronted with the terrifying possibility of being extradited to the U.S. to face serious charges in an American court. Fortunately for the Banks brothers, Australian National Security is sitting on an explosive case they cannot crack, and Jesse might just be the man to do it. Exchanging his hacking skills for their freedom, Jesse is drawn into a dark world that could not only cost he and Ned their lives, but all that they hold dear. Sigrid Thornton and Anthony LaPaglia join the cast.

This BBC One sitcom follows the ups and downs of three late middle-aged and recently retired (or due to retire) couples who live in Thurnemouth, “Norfolk’s only west-facing resort.” Philip Jackson, Alison Steadman and Stephanie Beachan star.

Two-time Oscar-winner Michael Cainestars with Clémence Poésy in this richly nuanced, emotionally-charged story of lost souls and new-found hope. Matthew Morgan is a widowed, world-weary professor living alone in Paris. The cynical Matthew sees no meaningful future for himself—until he meets Pauline (Poésy), a free-spirited young dance instructor. From their first chance meeting, each instinctively provides what the other so desperately needs: someone to call family.

Presented by award-winning author/journalist and acclaimed historian Dan Jones (“Britain’s Bloodiest Dynasty”), this four-part documentary reveals the true history of the Wars of the Roses like never before. Scripted reenactments combine with Jones’s unique storytelling to bring to life a tale of human frailties, rivalries, forced hands, and sheer luck that changed Britain and the monarchy forever.

1992 was a year of scandal, tragedy, and turmoil for the royal family that stretched the monarchy’s credibility to its breaking point. From Fergie’s topless scandal, to Charles and Diana’s separation, and the Great Fire at Windsor—no one could quite believe the Queen’s bad luck. This intriguing documentary argues that the impact of the events of 1992 threw the monarchy into a profound identity crisis. But what would it become instead, and how did the Queen weather the storm of 1992 to become more popular than ever?

Stars Adrian Holmes and Canadian Screen Award winner for Best Actor Jared Keeso captivate as partners in the Montreal Police Department. At the start of Season 3, the squad struggles to recover from the revelation that one of their own was a pedophile and a mole for organized crime.

This frank, fresh, and funny British series follows four women striving for happiness and fulfillment. In early 1980s England, four women wrestle with the pressures of family, husbands and making ends meet. However, a chance meeting between Steph and Nita is destined to kick-start a transformation for them all as they grasp the opportunity to become Ann Summers (lingerie and sex toy) party organizers. As wives and businesswomen, the four friends discover hidden strengths, shaking up not just their town but their relationships, too. Sophie Rundle, Penelope Wilton, Angela Griffin and Sharon Rooney star.

Harry Perkins (Ray McAnally) is a radically left-wing politician who wins a general election to become Prime Minister. Despite his popularity with the public, Harry soon realizes that everyone wants to stop his radical policies. That includes the media, civil service, armed forces and the Americans. Harry stands his ground but his enemies want him out.