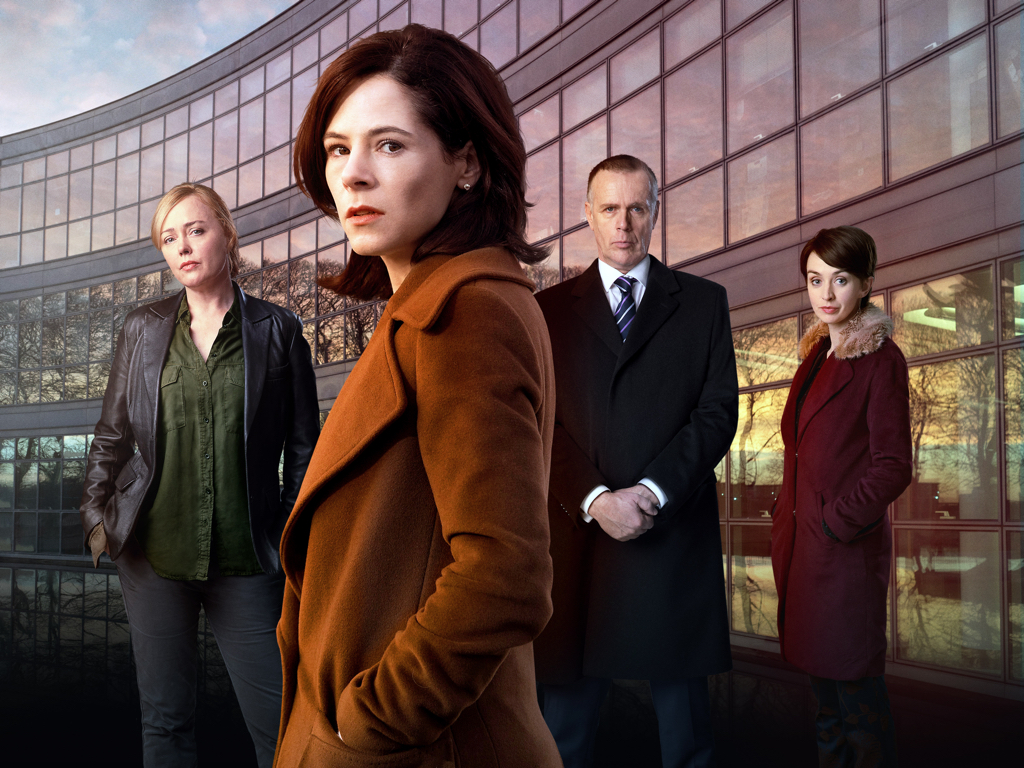 “Acceptable Risk” is the latest original series from the streaming service, which specializes in international shows. The thriller chronicles a mother’s fight to learn the truth about her husband, whom she learns had a secret life.

Keep reading for more about “Acceptable Risk” and the full calendar.

Michael Fassbender as Douglas Nesbitt in “Trial & Retribution” on Acorn TV in October.

No one explores the human cost of crime and punishment with more depth and resonance than Lynda La Plante, creator of the critically lauded “Prime Suspect.” In this “Law & Order”-like British series, La Plante follows cases from the commission of the crime to the trial of the accused. She examines grueling, pressure-packed police investigations in all their gritty detail—the sudden insight that can crack a case and the careless mistake that can jeopardize justice. Going behind closed doors, she reveals the strategies of both prosecution and defense as they maneuver toward a final verdict. David Hayman and Victoria Smurfit star. Guest stars include Charles Dance and Michael Fassbender.

From the team behind international hit “Miss Fisher’s Murder Mysteries,” this new Aussie legal drama stars Claudia Karvan as a suburban solicitor who attempts to return to her briefly glorious career at the Bar.

Acorn’s most popular series and one of the most popular UK series worldwide returns with new episodes every week, only hours after their UK debut. BAFTA winner Martin Clunes returns in his uproarious lead performance as a tactless, self-centered, and uptight doctor in a quirky seaside town in Cornwall. After having therapy to save their marriage in the last season, Doc Martin and Louisa (Caroline Catz) face the challenge of living happily together with their baby, James Henry.

Penelope Keith’s at Her Majesty’s Service

Penelope Keith offers a look behind the scenes of The Queen’s official royal residences and the fascinating titles and jobs that are part of palace life.

Clive Owen stars as Detective Chief Inspector Ross Tanner, a maverick cop who finds out that he has a rare disease which is causing him to go blind. Tanner’s boss little suspects that the man he named to head the elite Specialist Elite Murder Unit is losing his sight. Tanner struggles keep his condition a secret, while investigating complex crimes. Claire Skinner co-stars in this 2000-2001 crime drama.

This brand new six-part drama stars Elaine Cassidy as Sarah Manning, who comes to realize how little she knew about her husband, Lee, before he was murdered. Her growing suspicions around his death lead Sarah to confront a powerful conspiracy of corporate, police and political interests, extending from Dublin to Montreal, in which her own family may be complicit. This edge-of-the-seat thriller is a high-end, transatlantic co-production.

Rachel Ward and Victoria Thaine bring poignancy and intensity to this 2007 Australian drama that pits two strong women against the odds and, just as frequently, against each other. After a 10-year drought, tensions reach a breaking point in the small Australian farming town of Paringa when a mysterious disease begins to ravage the local sheep. Tough-minded veterinarian Kate McDonald (Ward) struggles to save her community with the help of a feisty new assistant (Thaine)—who is just as determined to unlock the mysteries of Kate’s past. Filmed entirely on location in a natural rain shadow region in the Adelaide Hills, “Rain Shadow” features stunningly stark vistas, parched skies, and a spare but hauntingly beautiful soundtrack.

The 2017 return of the Scandinavian drama starring Synnöve Macody Lund, Cecilia Forss and Beate Bille as three girlfriends who conspire to kill their husbands.

Dr. Suzannah Lipscomb goes in search of the origins of the deadly craze of mass witch hunts and trials that infected the British Isles 400 years ago. Hundreds of innocent people were persecuted, tortured and put to death in a hysterical effort to stamp out the scourge of witchcraft. Through original documents and powerful drama, Lipscomb uncovers the fear of Satan that drove the persecutors to such awful lengths and what it was like for the innocent victims tortured and executed for crimes they couldn’t possibly have committed.

Other British TV in October