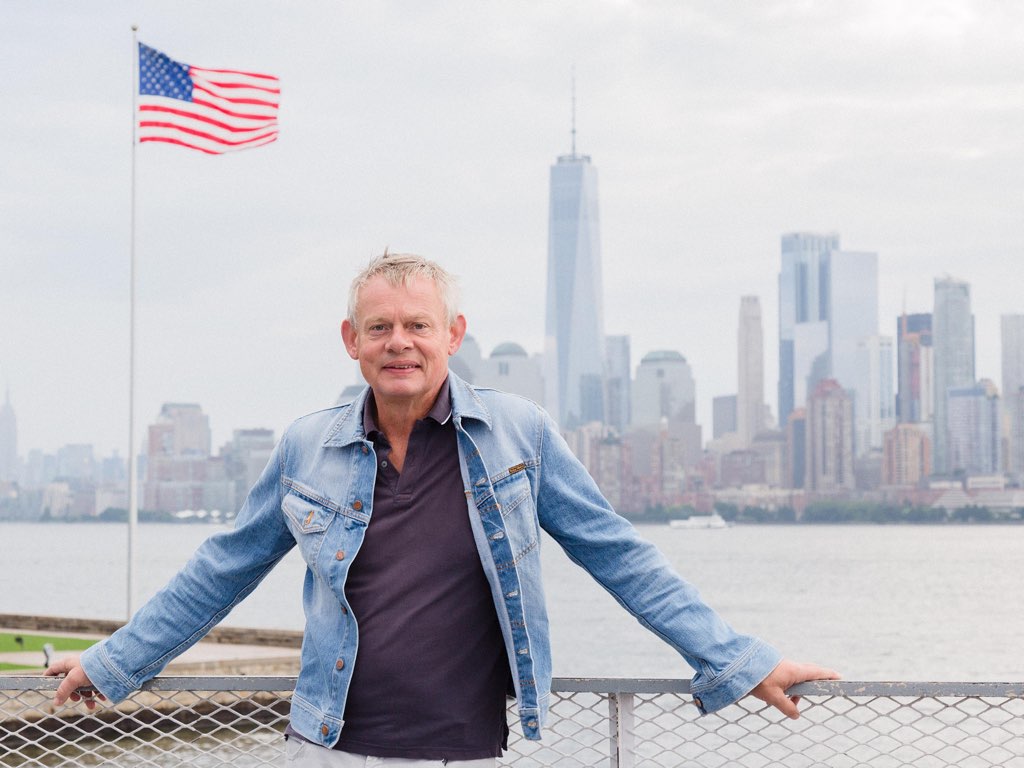 Acorn TV premieres two original series in June — Straight Forward, a mystery set first in Denmark and then in New Zealand, and Martin Clunes’ Islands of America, a travel journal in which the Doc Martin star journeys around the U.S. coast. Here are your June 2019 Acorn TV premieres.

Narrated by acting legend Steven Berkoff (“The Girl with the Dragon Tattoo”), this absorbing new documentary shines an extraordinary light on the Nazis’ experimentation with drugs in World War II. Hitler’s personal physician, Theodor Morell, supplied drug cocktails to the German leader,  and German troops uszed methamphetamine pills called Pervitin. How might these drugs have affected the outcome of the war and how did Hitler’s health change from his daily injections?

Living in the Shadow of World War II

War has never been limited to the battlefield. It marches through towns, destroys cities and kills loved ones; it casts an almost impenetrable shadow over everything it touches, but life somehow finds a way to shine, even in the toughest of times. “Living in the Shadow of World War II” explores the ups and downs of everyday life while the greatest war in history raged on.

Lee Remick (“Days of Wine and Roses,” “The Omen”) stars as Jennie Jerome, the famous American beauty who became Lady Randolph Churchill. Wife of a potentially great politician (Ronald Pickup) and mother of the most famous of all English politicians — Winston Churchill (Warren Clarke) — Jennie was a driving force in her circle and in both of these great men’s lives.

After a family member is murdered, con woman Silvia (Cecilie Stenspil, “The Protectors”) decides to get even by robbing the crime boss behind the hit. But when things go awry, she has to flee from Denmark with her mother (Vibeke Hastrup, “Babette’s Feast”) and daughter (Marie Boda, “Anna”) to New Zealand and start a completely different life. The dark, edgy crime drama was filmed in beautiful Queenstown, New Zealand and Copenhagen, Denmark.

Cecilie Stenspil stars as a con woman on the run in “Straight Forward” on Acorn TV. (Acorn TV)

Penelope Keith’s Village of the Year

What makes the perfect village and why do we love them so much? From a shortlist of more than 400 applicants, renowned actress Dame Penelope Keith and her team of three expert village judges scour the country for the very best, and crown one village “Village of the Year.”

Karen Clarke (MyAnna Buring, “The Descent”) has spent 12 years waiting for her partner Rex (Matthew Goode, “Downton Abbey”) to be released from prison. Now that he is free, she is looking forward to settling down to normal family life in their remote seaside cottage with their 11-year-old daughter Alice. But then Karen starts to receive silent phone calls and anonymous text messages. It seems that despite her best efforts to keep their past a secret, someone somewhere knows the truth about what she and Rex did.

“Doc Martin” star Martin Clunes embarks on an epic journey around the coast of America to discover what life is like on the surrounding islands. This time he set off on a 10,000-mile journey, from the West to the East, to explore the vast swathe of islands which are scattered beyond America’s shores. He travelled from Hawaii’s islands of fire and Alaska’s islands of snow and ice, to the playgrounds of presidents off the New England coast.

Penelope Keith’s Village of the Year

What makes the perfect village and why do we love them so much? From a shortlist of over 400 applicants, renowned actress Dame Penelope Keith, and her team of three expert village judges scour the country for the very best, and crown one village “Village of the Year.”

The Rivals of Sherlock Holmes