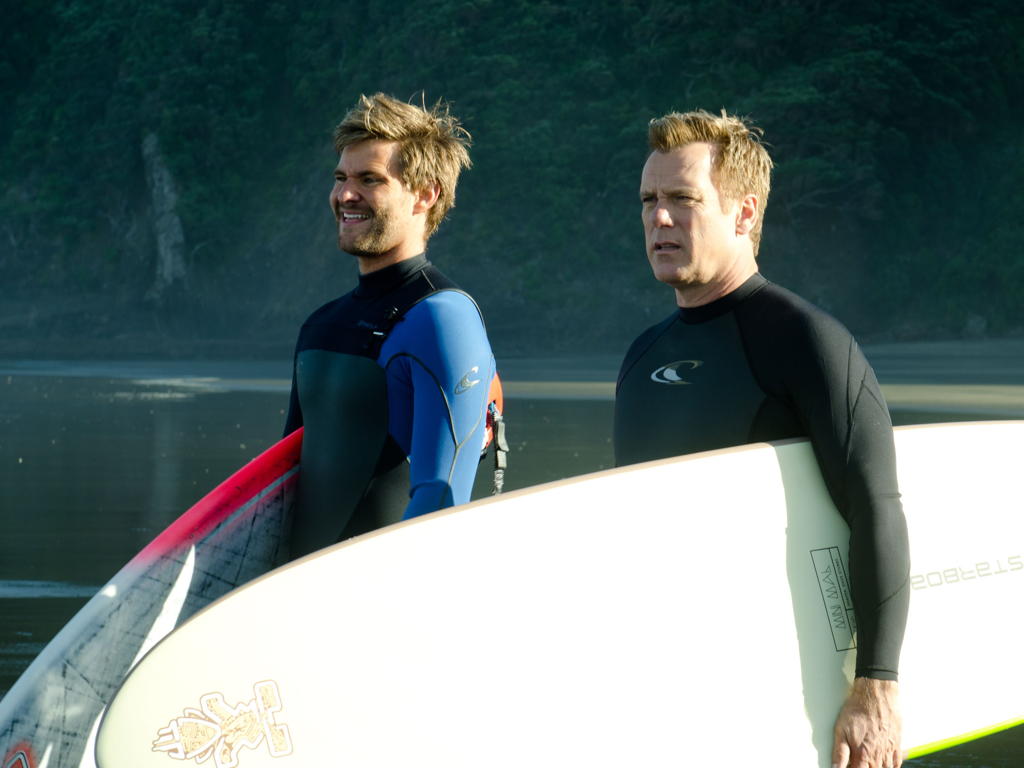 Acorn TV goes Down Under in September with the U.S. premiere of the Australian dramedy 800 Words and visits Victorian London with the spy drama The Secret Agent.

Those are just two of several shows and movies from outside the U.S. Acorn is showing. Check out what’s coming to the streaming service below.

Australia’s No. 1 drama series follows a recently widowed father (Erik Thomson) who quits his job as a popular 800-word columnist for a top-selling Sydney newspaper. Over the internet he buys a house on an impulse in a remote New Zealand seaside town. He then has to break the news to his two teenage kids, who just lost their mom, and now face an even more uncertain future. But the colorful and inquisitive locals ensure his dream of a fresh start does not go to plan.

In Regency England, Beau Brummell’s (James Purefoy) simple, clean, masculine style won him the Prince Regent’s friendship and shot him into high society. But in defiance of the prince, Brummell also befriended the politically and sexually adventurous poet Lord Byron (Matthew Rhys), leading to his downfall.

Based on Joseph Conrad’s timeless novel about terror, espionage and betrayal, this riveting psychological thriller comes from the producers of the acclaimed “Line of Duty.” In 1886 London, Verloc (Toby Jones) runs a seedy sex shop in the heart of Soho. Unbeknown to his loyal wife Winnie (Vicky McClure), Verloc also works for the Russian embassy, spying on a group of London anarchists. The Russians are furious with the English establishment’s indifference to the anarchist threat gripping the rest of Europe. So Verloc is assigned a mission: blow up the Greenwich Observatory and make it look like a terrorist attack to provoke a crackdown. Should he fail, Verloc’s real identity as a spy will be exposed to his vicious comrades. The miniseries co-stars Tom Goodman-Hill, Stephen Graham and Ian Hart.

This BBC One sitcom follows the ups and downs of three late middle-aged recently retired (or due to retire) couples who live in Thurnemouth, “Norfolk’s only west-facing resort.” Philip Jackson, Alison Steadman and Stephanie Beacham star.

From Oscar-nominated writer Tony Roche and starring Darren Boyd, Charles Edwards, Tom Fisher and Stephen Fry, this fantastical docudrama recreates the controversy surrounding Monty Python’s 1979 film, “Life of Brian,” which was greeted with widespread outcry and accusations of blasphemy. Matters reached a head when Michael Palin and John Cleese agreed to take part in a BBC talk show about “Life of Brian” with a Church of England bishop and a staunchly Catholic broadcaster. The ensuing TV debate put the Pythons in their most absurd role yet: the voice of reason.

Based on John Lanchester’s best-selling novel, “Capital” is a witty, colorful and sharply observed drama about the interconnected lives of a diverse group of characters linked to a fictional street. One day, the street’s residents all receive an anonymous postcard through their front doors bearing a simple message: “We want what you have.” Who is behind the anonymous hate campaign? And what do they want? As the mystery of the postcards deepens, interweaving stories reveal lives filled with love and loss, fear and greed, fortune and envy, and at its heart, family and home. The miniseries, from the makers of “Broadchurch” and “Humans,” stars Toby Jones, Gemma Jones and Rachael Stirling.

Newly qualified midwife Matthew Bunting (Darren Boyd) is the first male midwife to hit the Easthill Park Maternity Unit. In his mid-30s, ex-policeman Matthew is hoping to find something more meaningful in his life: some enduring satisfaction.

In November and December of 1888, Vincent Van Gogh and Paul Gauguin shared a home called “The Yellow House” in southern France. The out-of-luck painters abandon all responsibilities to commit themselves fully to their craft. Starring John Simm as Van Gogh and John Lynch as Gauguin, this moving drama brings to light the ordinary lives of two extraordinary men to illuminate a critical moment in the story of modern art.

Agatha Christie’s And Then There Were None

This new BBC adaptation of the best-selling novel of all time features Aidan Turner, Charles Dance, Anna Maxwell Martin, Sam Neill, Miranda Richardson and Toby Stephens. The gripping miniseries follows a dinner party on an isolated island where the guests start dying one by one. Lifetime aired a two-part version in March 2016. This is the 3-part UK/BBC Broadcast Edition.

Rosencrantz and Guildenstern are Dead