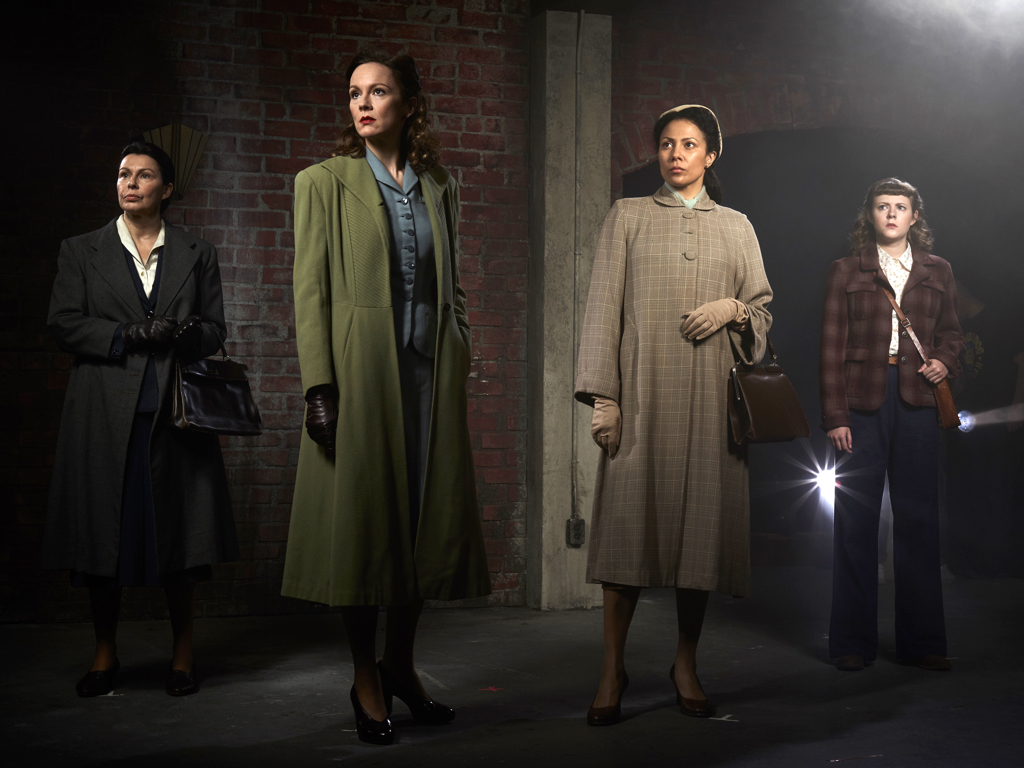 BritBox presents its first original production in July, The Bletchley Circle: San Francisco, continuing the story of the codebreakers from Britain’s Bletchley Park who, after World War II, solved a series of murders the police could not.

The series is a sequel to the 2012-14 drama “The Bletchley Circle.” In the new series, Millie (Rachel Stirling) and Jean (Julie Graham) travel to America in 1956 and join forces with two U.S. codebreakers to investigate a string of new murder cases. “The Bletchley Circle: San Francisco” is formatted as four stories, each unfolding and resolving over two episodes each.

BritBox, the subscription streaming service from BBC Studios and ITV, also celebrates Benedict Cumberbatch’s birthday on July 19 when it streams two early Cumberbatch roles, including the U.S. premiere of his first TV appearance in the 2002 production “Fields of Gold.”

Find more details on the “CumberBATCH to the Future” programming event, and the BritBox July 2018 premieres schedule, below.

Peter Moffat wrote this BAFTA-nominated historical drama set in the rolling hills of the beautiful Peak District in England’s Derbyshire. Against this backdrop we see the story of 20th Century play out. Historical events, change, progress and shifts in national identity all are refracted through the story. John Simm and Maxine Peake star.

Joining the slate of amazing shows in BritBox’s Panel Channel is “The Last Leg,” a news chat show that lampoons the headlines and puts a satirical spin on current affairs. Adam Hills, Josh Widdicombe and Alex Brooker— along with celebrity guests—take on the news every week direct from the UK.

In this Australian-set crime drama, Dr. Lucien Blake (Craig McLachlan) is a doctor in Ballarat—and the town’s controversial police surgeon. He tackles mysteries, murders and deceit among the fascinating sub-cultures of 1950s Ballarat ranging from the boxing ring to vineyards and  from Gypsy camps to the Debutante Ball.

The final season of this crime drama takes place in post-war Ballarat and tackles cultural subtext such as discrimination against aborigines and the continuing problems of assimilation faced by post-war European migrants.

Murdered By My Boyfriend

BAFTA award-winning film tells the true story of what happens to a teenage girl when she falls in love with the wrong man. The everyday story of young love turns dark and sinister when the handsome and charming boyfriend seeks to dominate every aspect of the young woman’s life. A tale of contemporary Britain that every young person should watch.

Murdered By My Father

Widowed father Shahzad (Adeel Akhtar) is bringing up two children, Salma (Kiran Sonia Sawar) and Hassan (Reiss Jeram), alone. Teenager Salma has been promised to Haroon (Salman Akhtar) in an arranged marriage, but she falls in love with Imi (Mawaan Rizwan). Following a confrontation with Haroon and with men from the community, Shahzad murders his daughter and kills himself. This hard-hitting drama is a story about the power and the limits of love in communities where “honour” means everything. Another BAFTA award-winner.

Abigail Lawrie and Nico Mirallegro star in “Murdered for Being Different.” (Handout)

Murdered for Being Different

This BAFTA award-winner dramatizes the real-life murder of 20-year-old Sophie Lancaster who, in 2007, was kicked to death in a park by a gang. The gang also victimized her boyfriend, Robert Maltby, who ended up in a coma. The gang attacked them simply because the two dressed as goths.

Killed By My Debt

In January 2015, popular 19-year-old Jerome Rogers finally got what he’d been working for—a new motorbike and his first real job as a courier. But the council estate resident received two minor traffic fines which, in the hands of bailiffs, grew exponentially. Under pressure because of his debt, Jerome went to the woods where he’d played as a kid and took his own life.

CumberBATCH to the Future

This intelligent and gripping drama delves deep into the topical and controversial issue of what we eat. Press photographer Lucia and world weary journalist Lodge find themselves investigating the sinister connections between government, big business and biotechnology.

Benedict Cumberbatch portrays Vincent Van Gogh in this powerful and critically acclaimed docudrama. Based on years of painstaking research, with every single word of dialogue sourced from his original writings, this is the artist’s story in his own words.

Other Cumberbatch projects already available on BritBox include “Dunkirk,” “Small Island” and “Tipping the Velvet.”

Set during the unmistakable social change of the mid-1950s, BritBox’s first original series, “The Bletchley Circle: San Francisco,” picks up in 1956 after “The Bletchley Circle” (2012-14 ITV/ PBS). The new series finds two of the original lead characters, Millie (Rachael Stirling) and Jean (Julie Graham) traveling to America and working with two U.S. codebreakers (Crystal Balint and Chanelle Peloso) to solve new murders. In the first episode, the team goes after a serial killer from their war days at Bletchley Park, who has resurfaced in the United States.