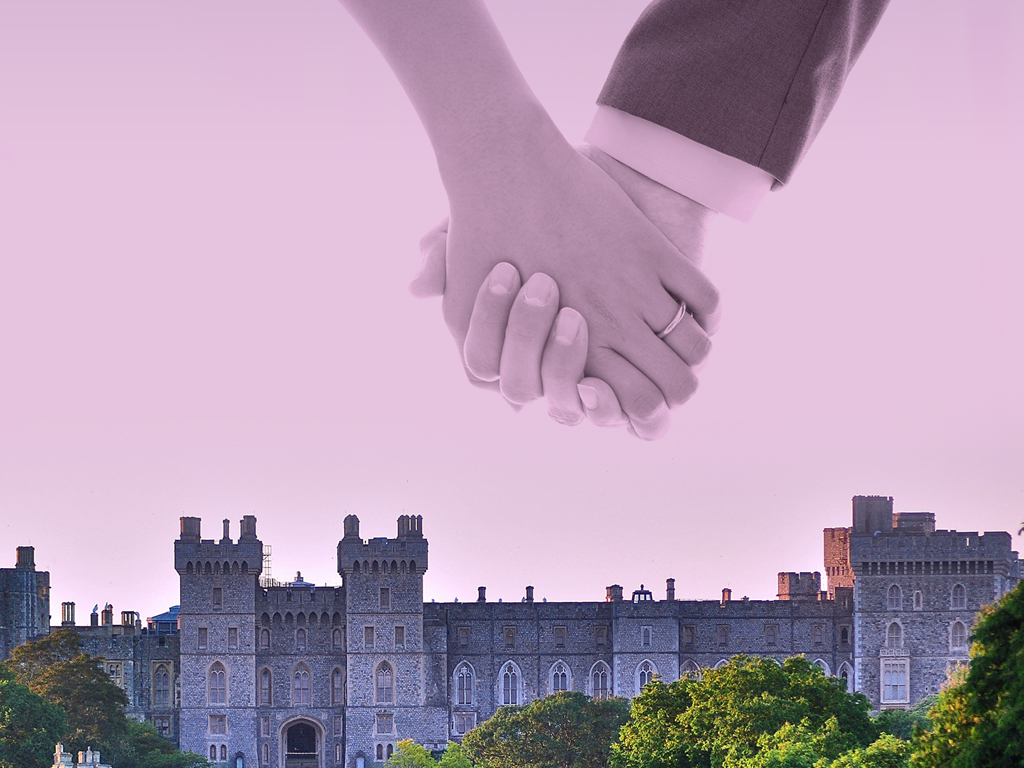 BritBox plans week-long coverage leading up to the May 19 wedding of Prince Harry and Megan Markle. (BritBox)

The royal wedding of Prince Harry and American actress Megan Markle takes over the BritBox May 2018 premieres calendar with five specials, including two original commissions and an ITV live feed of the day’s highlights.

BritBox, the subscription streaming service from BBC Studios and ITV, devotes the week leading up to the May 19 wedding to the future newlyweds.

In surprise news, British network ITV gave its streaming partners permission to premiere the 20th season of the long-running hit mystery “Midsomer Murders.” Both BritBox and Acorn TV are streaming the six new episodes beginning May 3. But back to regularly scheduled programming …

But the U.S. premieres don’t stop there. Season 2 of the comedy “Mum” begins May 13, while crime lovers can look forward to the Season 4 finale of “Shetland.” (Not to mention more “Vera” and “Lewis,” both BritBox streaming exclusives.

Find more in the BritBox May 2018 premieres calendar below.

Min (Miriam Margolyes), an eccentric free spirit who believes 70 is the new 40, and her daughter Fran (Frog Stone), embark on a bucket list-style road trip to help rebuild their relationship.

Detective Chief Inspector John Barnaby (Neil Dudgeon) and Detective Sergeant Jamie Winter (Nick Hendrix) investigate the cozy villages for Midsomer’s most sinister secrets. The new feature-length mysteries are “The Ghost of Causton Abbey,” “Death of the Small Coppers,” “Drawing Dead,” “The Lions of Causton,” “‘Til Death Do Us Part” and “Send in the Clowns.”

Lewis (Kevin Whately, right) and Hathaway (Laurence Fox) investigate the death of an artist in the original movie that kicked off the “Lewis” series. (ITV)

Five years after the death of his long-time boss and partner Inspector Morse (John Thaw), Inspector Robert “Robbie” Lewis (Kevin Whately) teams up with a much younger partner, DS James Hathaway (Laurence Fox). The duo sets out to investigate the murder of an Oxford mathematics student, but when two additional murders occur Lewis must decipher a cryptic clue left in Morse’s old files. “Lewis” is one of ITV’s best-loved and longest-running crime dramas.

Robert Braithwaite, founder of Sunseeker International, stands in front of one of his company’s yachts.

Welcome to Sunseeker, Britain’s biggest builder of super yachts, who has been hand-building customized boats for the world’s wealthiest people since 1969. For the first time ever, the company has allowed the BBC to film behind-the-scenes of its extraordinary production line in Poole—into the rarefied world of multi-millionaires’ favorite playthings.

BritBox celebrates the wedding of Prince Harry and Meghan Markle with a week of exciting programming leading up to the big day.

Penelope Wilton narrates this one-hour BritBox original from BBC Studios, which sets the scene for the wedding of the decade. The special will explore the couple’s wildly different backgrounds, the struggles they have both overcome to assert their identities, and the sheer luck that brought them together. A cast of royalty experts, people close to the betrothed and rarely-seen archival material will offer insights into the wedding.

This 6-part, short-form series of 5-minute “WED Talks” by leading authority and former BBC royal correspondent Jennie Bond gives viewers a special look behind the curtain of the event and explains the “regal-ese” that makes a royal wedding one of the most extraordinary ceremonies in history. A new episode will debut each day beginning May 12, counting down to the big day on May 19.

This landmark documentary captures Prince Harry before he met Meghan Markle, reflecting on his challenging childhood and adolescence, his heroic army career and his development into one of the most admired and recognized royals.

BritBox offers an exclusive live feed from ITV’s Royal Wedding coverage from their exclusive studio on the long walk in Windsor. Hosted by Phillip Schofield and Julie Etchingham, this special offers the unique capability of a delayed start so you can track your day alongside Meghan and Harry’s.

Relive all the magical moments in a specially produced highlights program produced by ITV.  See the moment the bride’s dress is revealed, the arrivals, the wedding procession, the fashions and of course “The Kiss.”

DI Jimmy Perez’s (Douglas Henshall) investigation into the death of a reporter takes some very sharp twists and turns as this beautifully bleak crime drama comes to its dramatic conclusion. “Shetland” is based on Ann Cleeves’ crime novels.

Lesley Manville stars in Season 2 of “Mum” as Cathy, a mother in her late 50s picking up her life after the death of her husband.

Academy Award and four-time BAFTA nominee Lesley Manville headlines this family comedy. Cathy, a mother in her late 50s, finds herself at a milestone in life after the death of her husband. Cathy must navigate the everyday realities of her new life alongside the good intentions of her lovably baffling family. The show’s first season won praise and numerous industry accolades, including Best Comedy Award at the 2017 Broadcast Awards; the BAFTA Television Craft Award for Best Comedy Writing, and a BAFTA nomination for Manville.

Benny Hill, one of Britain’s top comedians, writes and stars in his own award-winning comedy series. The fast-moving format switches from comedy sketches to zany songs and inventive film sequences. Benny himself dons a dozen personas in nearly each show.