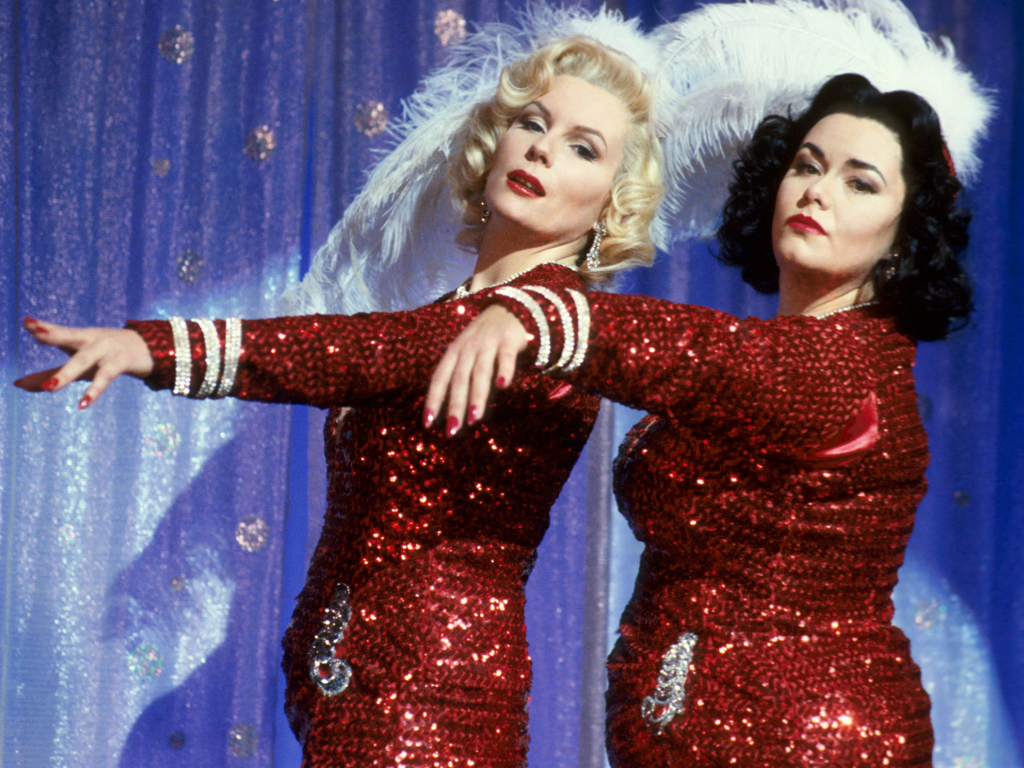 Jennifer Saunders and Dawn French are back together in the comedy special "300 Years of French and Saunders" on BritBox in March.

BritBox celebrates its first birthday in March with a brand new French and Saunders comedy special and the riveting drama Trauma.

During its first year, the streaming service launched by BBC and ITV brought U.S. audiences such British shows as “Mum” with Lesley Manville, “Broken” starring Sean Bean, the reboot of the comedy classic “Porridge” and the latest season of a personal favorite, “Vera,” starring Brenda Blethyn.

It’s also home to another one of my favorites, the iconic 1970s comedy “Are You Being Served?” as well as classic “Doctor Who” episodes.

It continues bringing more shows to the U.S., many as Now titles—which means they debut here nearly simultaneously with the UK broadcast.

Daniel Day-Lewis stars as the title character in “My Bother Jonathan.”

In honor of Daniel Day-Lewis’ latest nomination, we found one of his earliest and most poignant performances. Day-Lewis stars as Jonathan, the ungainly, neglected eldest son of a family living in the Black Country. His younger brother Harold is everything he is not—athletic, handsome and clever. Despite the favoritism shown to his brother Harold, the two boys build a close friendship that lasts a lifetime and ends in tragedy. Based on a book by Francis Brett Young.

Escape to the Country

Enjoy all your favorite house hunters as they travel across the exquisite and pastoral  English countryside searching for that perfect home in the country. New episodes stream every Monday and Tuesday in March.

300 Years of French and Saunders

Returning to screens together for the first time in a decade, Dawn French and Jennifer Saunders bring fans a special  30th anniversary sketch show bursting with brand new material, greatest hits, hilarious rarities and even some never-before-seen footage. The special features fun spoofs of the widely popular “Wonder Woman” movie and “The Handmaid’s Tale,” as well as a skit done with the stars of “Poldark” straight from the show’s set.

“Gardeners’ World” is the first installment of BritBox’s spring celebration titled “Great English Escapes.” Brought fresh from the UK, the beloved series celebrates its 50th year since launching in January 1968. The program is packed with garden ideas, tips, advice from experts and maybe a secret British garden or two. Just in time to tackle March gardening projects for a month that comes in like a lion and goes out like a lamb.

John Simm (left) plays a father who blames a doctor (Adrian Lester) for his son’s death in “Trauma.”

This Irish comedy about three priests and their housekeeper in the remote community of Craggy Island ran from 1995 to 1998. Despite such a short run, it has become a beloved classic, even more revered now than when it first aired more than 20 years ago. Dermot Morgan stars as the eponymous Father Ted Crilly, alongside fellow priests Father Dougal McGuire (Ardal O’Hanlon) and Father Jack Hackett (Frank Kelly). The priests live together on the island in the parochial house with their housekeeper Mrs. Doyle (Pauline McLynn).

Dan (John Simm), desperate to know what happened to his son, starts to unpick every aspect of Jon’s (Adrian Lester) life.

One of the biggest Sunday TV events in the UK, “Antiques Roadshow” inspired the popular PBS series of the same name. Presenter Fiona Bruce and her team travel to various country locations and stately homes in the UK to appraise antiques, and sometimes not so antique, brought in by local people.

The Hitchhiker’s Guide to the Galaxy

This cult series features spectacular visual trickery and a generous helping of zany humor—perhaps from the Restaurant at the Edge of the Universe. It is based on the best-selling novel by Douglas Adams that will soon celebrate a 40th anniversary.

After the authorities fail him, Dan (John Simm) takes matters into his own hands to get to the truth about the death of his son.

“Midsomer Murders” follows the efforts of Detective Chief Inspector Tom Barnaby (John Nettles) to solve crimes in the wealthy, isolated English county of Midsomer. It’s a picturesque and peaceful place on the outside, but filled with amoral and snobbish eccentrics who have all kinds of vices. Later in the show’s run, Tom’s cousin, DCI John Barnaby (Neil Dudgeon), takes over his job. “Midsomer Mysteries” is one of the longest running and most successful British mystery series ever. It is based on the crime novels of author Caroline Graham. BritBox will debut the full series catalogue at 3:33 p.m./2:33c as a nod to the 333 (fictional) murders that have taken place on the show over its run. (A new season of “Midsomer Murders” debuts on Acorn TV later this year.)