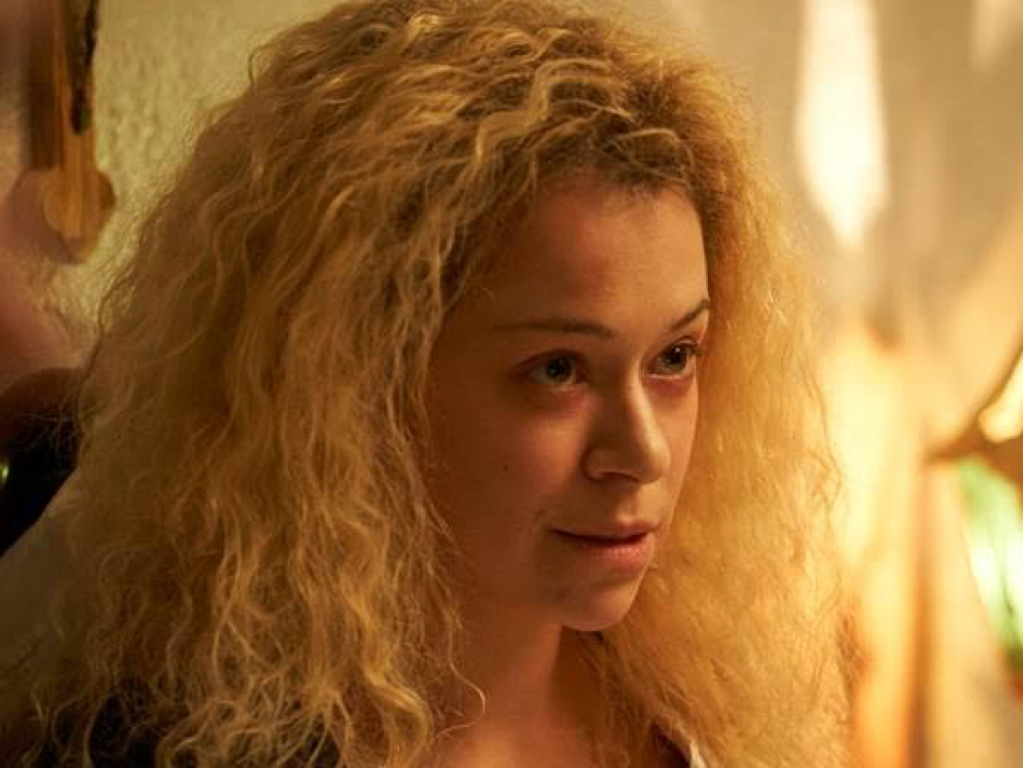 Helena (Tatiana Maslany) kills one of her clones in this first-look scene from "Orphan Black." (BBC America)

Of all the LEDA clones (the we know) in Orphan Black, Helena is the most skilled killer. That talent is on display in first look scene from the upcoming season.

In the scene below, trained assassin Helena, played fantastically by Tatiana Maslany, kills a woman praying in a church. She’s shocked to discover the woman looks exactly like her.

When last we saw Helena, she was pregnant with twins. So I’m guessing this is a flashback scene to the time before Helena met her clone sestras Sarah, Cosima and Alison.

“I will cleanse them from this earth,” she says before the attack. That sounds a lot like the old Helena.

Or has she somehow been reprogrammed a killer again? The fifth and final season debuts at 10/9c June 10 on BBC America, bringing an end to the battle pitting Sarah and her clone sestras against their evil doppelganger, Rachel.

For four seasons, shady corporations, scary religious groups and the evil clone Rachel have hunted, captured, exploited and/or betrayed the sestras. They’ve survived illnesses, monitors and sadistic male clones, too. The sestras remain devoted to one another and their families, and have sacrificed so much to protect each other.

The amazing Maslany portrays all the clones.

Here’s more about the final season from BBC America:

From the moment Sarah Manning locked eyes with an unknown identical woman, who jumped to her death—her life has never been the same. She’s found out she’s a clone, that there are multiple clones out there, and multiple factions that sought to hunt, control, betray or kill them. Now, the final showdown with Rachel, the one clone at the center of it all who’s sought to destroy her and her sestras from day one begins.  And as the walls close in on her, Sarah must decide her next move very carefully, for this time, it’s life or death for everyone she loves.

At the end of Season 4, Rachel beat Sarah in an epic physical battle that Sarah her bruised and broken. Her foster mum, Mrs. S (Maria Doyle Kennedy), and daughter Kira (Skyler Wexler) were taken hostage and her sestra Cosima went missing. Now, Cosima and Alison, and their allies have been brought to heel. Even more harrowing is that Kira has joined them in surrender.

Rachel, sitting at the head of the Neolution table, has carte blanche access to their clone biology, and with Helena pregnant with twins, her biology is the most coveted of all.

Sarah in a desperate attempt to regain control, realizes she must change tactics to pursue a long game. She, and those still able to fight, will uncover the missing pieces of the insidious conspiracy—and finally free themselves from the tyranny that has taken over their lives. Despite the great risk, the fight of her life will either set her and her sestras free, or see them meet their end.

Here’s another “Orphan Black” trailer for the final season. Watch the final trailer below.