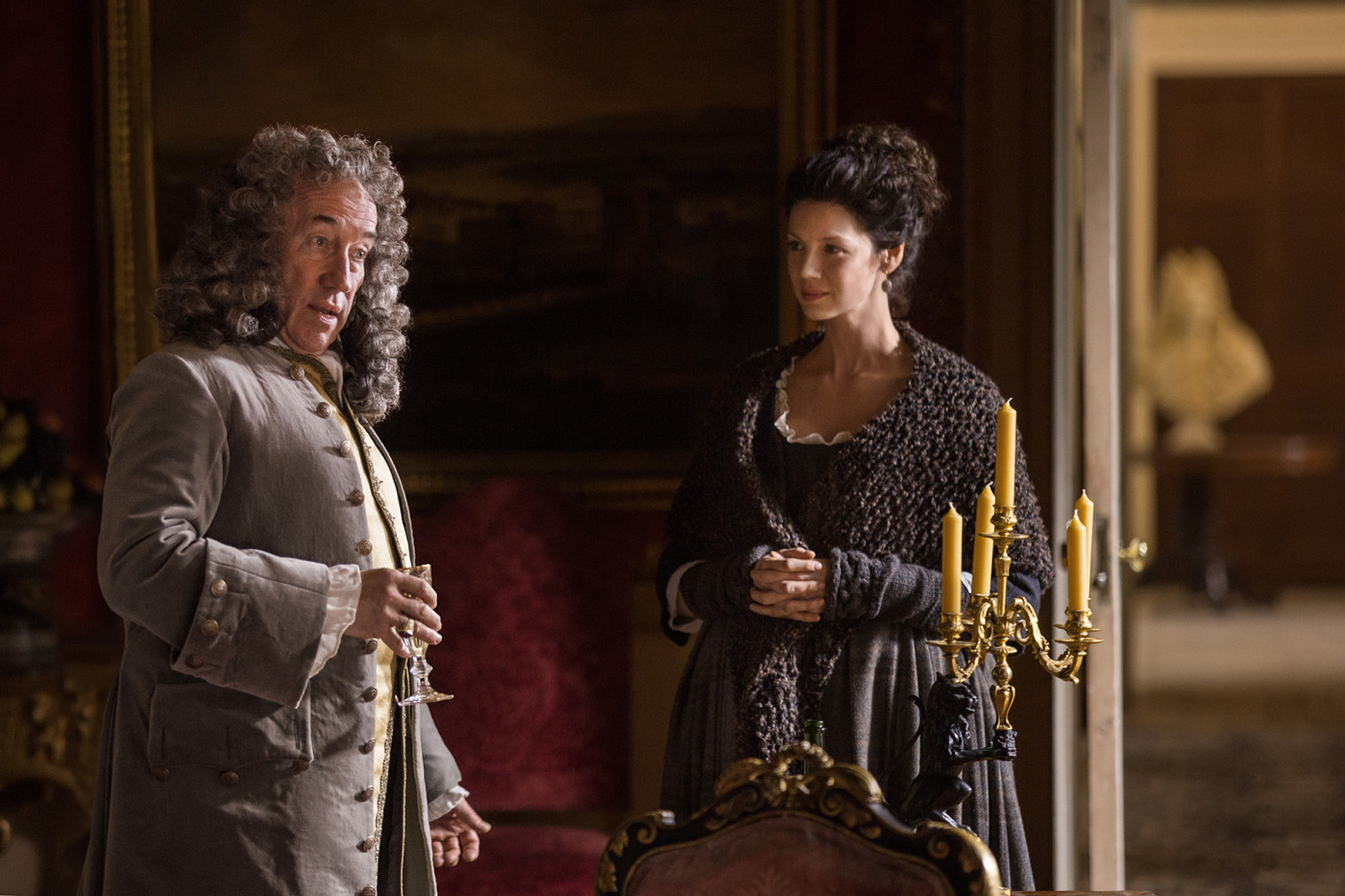 The Duke of Sandringham visits Scotland during “By the Pricking of My Thumbs,” the April 11 episode of Starz’ “Outlander.”

The Duke, played by Simon Callow, is a friend of Capt. Black Jack Randall (Tobias Menzies), whom any “Outlander” fan knows, despises Claire (Caitriona Balfe) and Jamie (Sam Heughan). Yet the newlyweds believe they can convince the Duke to help lift the price from Jamie’s head—a price put there by Black Jack.

The plan doesn’t seem to go all that well when Claire and the Duke get together in the video tease for the episode. He denies that he and Black Jack are even friends. The Duke, however, does enjoy his own bon mots.

The Duke looks like another great character for Callow, a veteran British actor who has appeared in numerous film and TV roles including “Four Weddings and a Funeral” and “Doctor Who.” Check out his clip right here.

In the second clip provided by Starz for the episode (below), we see Claire—ever the gal to rock the boat—taking on one of the many superstitions rife in 1740s Scotland. She can hardly believe Geillis (Lotte Verbeek) when she tells her that a crying baby they hear is actually a changeling abandoned in the woods around Castle Leoch. People believe that if they leave the changeling overnight, the fairies will reclaim it and return a stolen human child. It’s no spoiler to say that the ever-modern Claire doesn’t buy the story.