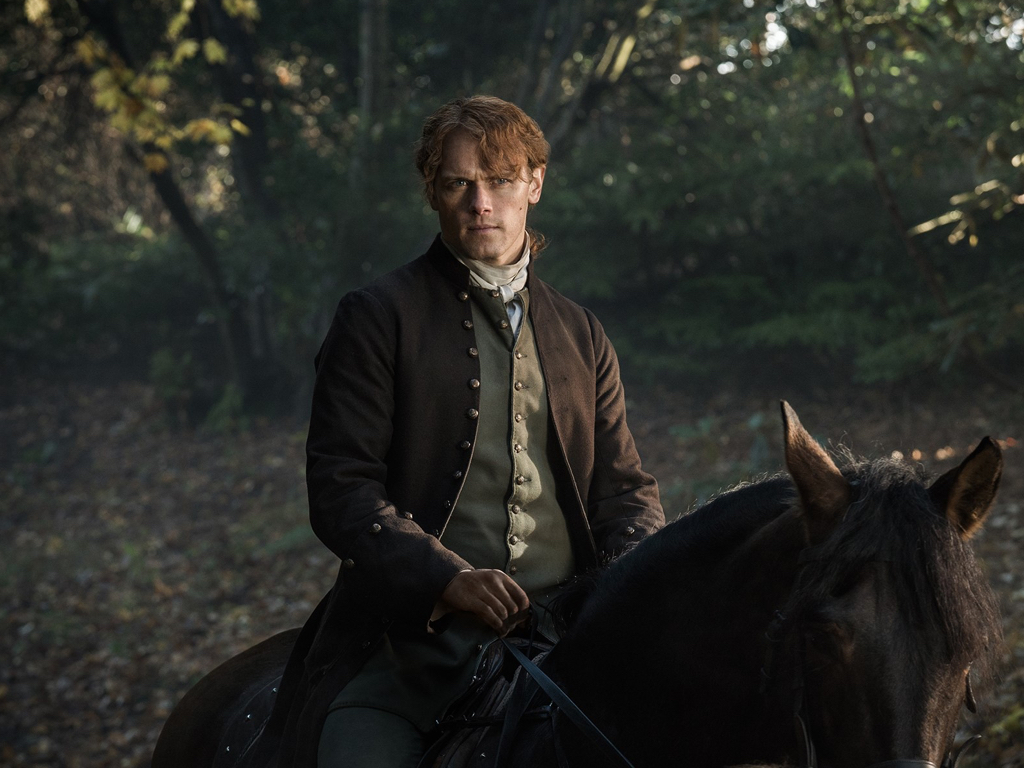 Outlander fans have something to distract them from the loooong Droughtlander. And boy, is it tragic and romantic and sexy.

Starz debuted the first teaser-trailer for Season 3 of its hit series during the April 16 series premiere of “The White Princess.” In it, star Sam Heughan, as Jamie Fraser, says the following:

“I have lied, killed and broken trust, but when I stand before God I’ll have one thing to say to weigh against all the rest: Lord, you gave me a rare woman. God, I loved her well.”

Then, to his Jamie’s lost love, Claire Randall Fraser (Caitriona Balfe), he says, “I’ll find you. I promise.”

Swoon River! The passionate declaration—and the looks of anguish from both Jamie and Claire during the brief moments we see of them living apart—once again confirm that the star-crossed lovers are TV’s most romantic couple.

Jamie (Sam Heughan) and Claire (Caitriona Balfe) will be apart for much of Season 3 of “Outlander” on Starz.

Claire and Jamie will experience their own type of Droughtlander when the show returns this September. Based on “Voyager,” the third of eight books in Diana Gabaldon’s “Outlander” series, Season 3 keeps the lovers separated by centuries for many of its 13 episodes.

They eventually will reunite—and sail to Caribbean! The production now is filming in Cape Town, South Africa, and using the ships from Starz’s “Black Sails.”

The teaser-trailer replays that tragic moment from Season 2 when Jamie and Claire say goodbye at stones at Craigh na Dun. Jamie, thinking he will die at the Battle of Culloden, sends her back—forward?—to her life in the 1940s.

In the season finale, Claire and her first husband, Frank (Tobias Menzies), raised her daughter, Brianna (Sophie Skelton). Claire waited 20 years before going back to Scotland to learn that Jamie did not die at Culloden.

Season 3 picks up right after Claire travels through the stones, providing more details about her life in 1948. Now pregnant, she struggles with the fallout of her sudden reappearance and its effect on her marriage to Frank as they move to Boston. The season will follow them through the 1960s—and the great hair and fashions that entails.

Show creator Ronald D. Moore promises to open the season in the 18th Century, showing the historic battle of Culloden. (The teaser shows a bit of it.) Later, Jamie suffers from the aftermath of his doomed last stand and the loss of Claire.

As the years pass, Jamie and Claire attempt to make a life apart from one another, each haunted by the memory of their lost love. Claire works as a surgeon and Jamie appears to get into more trouble—and shoots someone!

The possibility that Claire can return to Jamie in the past breathes new hope—and doubt—into Claire’s heart.

Starz says, “Separated by continents and centuries, Claire and Jamie must find their way back to each other. As always, adversity, mystery, and adventure await them on the path to reunion. And the question remains: When they find each other, will they be the same people who parted at the standing stones all those years ago?”

It sounds like a loaded season. Too bad we have to wait so long. In the meantime, we have the teaser-trailer below—and Heughan’s chest, to watch.

Jamie (Sam Heughan) gives us a peek in the first Season 3 teaser for “Outlander” on Starz.