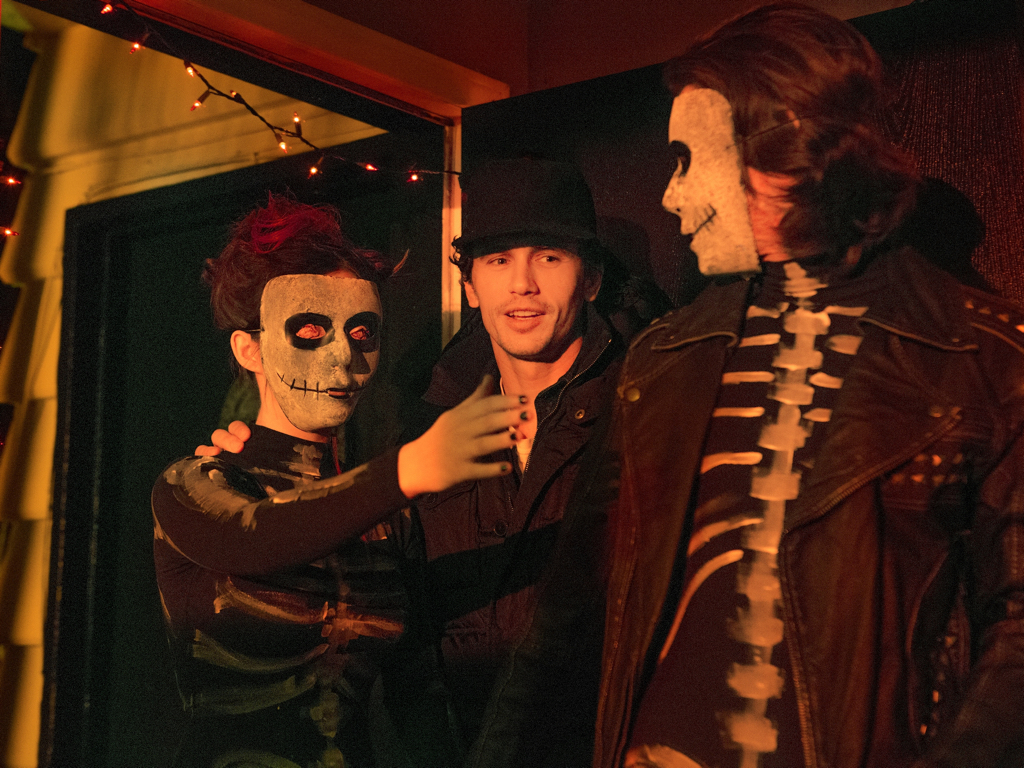 You don’t have to go to the multiplex for a blockbuster this year. One word: Sharknado. Yes, the attack is back this summer with “Sharknado: The 4th Awakens.” Below are six other summer TV movies that could fit the bill. And bonus, I’ve included five other TV happenings worth noting. All times are CT.

An aging theater actor (Anthony Hopkins) and his backstage dresser (Ian McKellen) toil to bring “King Lear” to a regional English theater during WWII. Should be a treat seeing these two veterans work together for the first time.

An attorney (Bellamy Young) tries to prove a Death Row inmate’s innocence by confronting serial killer Richard Ramirez (Lou Diamond Phillips) and getting him to confess to the crime. Based on real-life events.

Mother, May I Sleep with Danger?

I had to add this film to the list simply because James Franco (!) is updating the cult classic with a vampire twist. With Franco on board, it’s bound to be … entertaining.

The 100th Disney original TV movie re-imagines the 1987 Chris Columbus comedy. This time, rival suburban babysitters team up to find one of their charges in the big city.

All those fans who protested when HBO canceled the gay drama can mark one in the win column. This film wraps up the story of three close gay friends living in San Francisco.

Five (in movie) years after sharks and ’nados tore up the East Coast, biting new storms attack a cast of future “Dancing with the Stars” contestants. Will the madness ever end? Probably not. More “Sharknado 4” here.

Maya and Marty in Manhattan

This part documentary, part dramatically acted series examines the rise and fall of the Roman Empire from the perspective of the barbarian leaders who challenged it. Get your face paint ready.

O.J.: Made In America

Are we sick of this story yet? “American Crime Story: The People v. O.J. Simpson” fascinated audiences earlier this year, but ESPN’s doc series takes a seriously deep dive into what led to Simpson’s “trial of the century” and its aftermath. Filled with new reporting and interviews, it examines the fallen NFL star, the black community’s feelings toward the LAPD, and inequality in America.

Sir David Attenborough narrates this eight-parter that examines the delicate relationships between nature’s predators and their prey. Filmed all over the world by the makers of “Planet Earth.”

NBC will air the opening ceremonies in primetime Aug. 5, but some sports begin as early as Aug. 3. For those, you can stream online. Check nbcolympics.com for schedules and air times throughout the event, which ends Aug. 21.