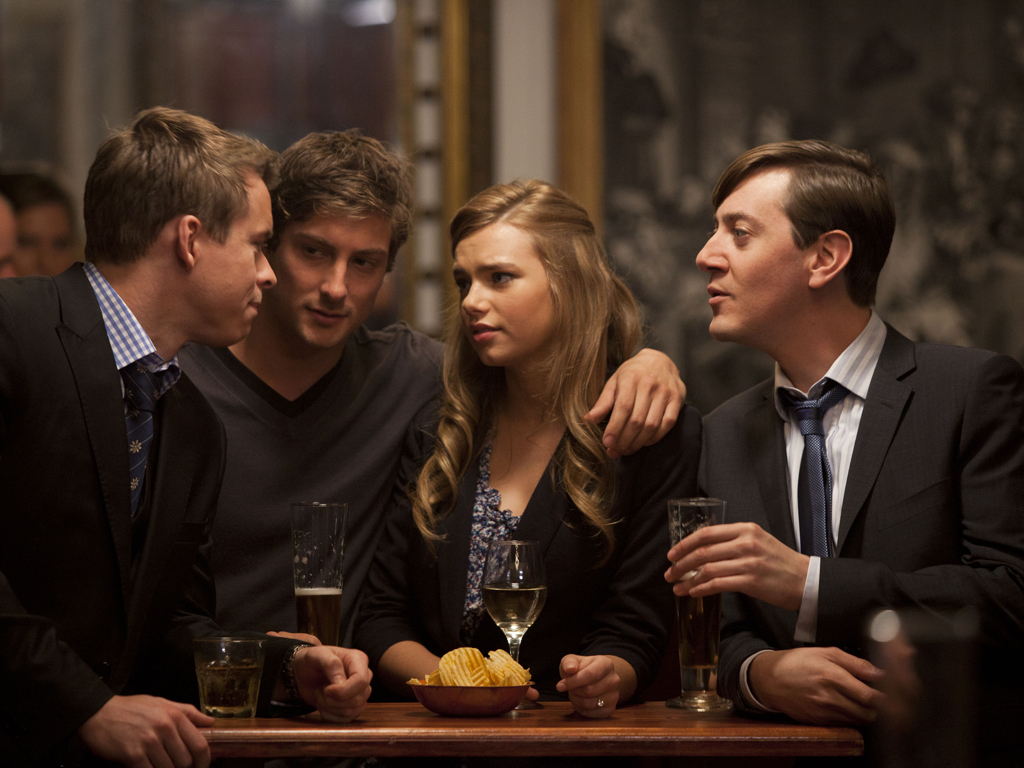 Acorn TV gives its viewers a rare opportunity to witness the evolution of a critical hit, Janet King, when its predecessor, Crownies, premieres Feb. 13 on the streaming service.

“Crownies” debuted Down Under in 2011 to mixed reviews. But in 2014, the Australian legal drama morphed into “Janet King.”  That sequel now has two highly praised seasons under its robe and a third in the works.

“Janet King” is a favorite among Acorn viewers, which explains why the service is giving “Crownies” a subtitle, “Janet King: The Early Cases.”

But for purposes of this review, let’s stick with “Crownies.” It follows five young solicitors working alongside hardened senior Crown lawyers in the Office of Public Prosecutions in Sydney.

These newbies play hard in their personal lives while they wrestle with moral and ethical dilemmas in their professional roles. Think early “Grey’s Anatomy,” but with robes and white wigs instead of scrubs.

Like a lot of melodrama, “Crownies” struggles to find an even tone, shifting from flirtatiously sexy to dramatically emotional to just silly. No show, for example, should spend so much time on an office bird kidnapping.

McMahon and his pals—Erin O’Shaughnessy (Ella Scott Lynch), Lina Badir (Andrea Dementriades) Tatum Novak (Indiana Evans) and Richard Sirling (Hamish Michael)—each get their own storylines that range from fine to fantastic throughout the season.

Having devoured 10 of the 22 episodes, I’m obviously enjoying “Crownies.” It does a decent job of juggling many characters and plot lines while making pointed commentary on the limitations of the justice system.

But the series comes into greater focus when the spotlight shines on a seemingly minor character, seasoned prosecutor Janet King. As Janet, the endlessly charismatic Marta Dusseldorp steals the show.

The slow reveal of Janet’s personal life overshadows much of the more frivolous stories. I can imagine the show’s creators, Greg Haddrick and Des Monaghan, on seeing early footage of Dusseldorp’s scenes, screaming, “This is our show, mate!”

“Janet King” is equally riveting as a courtroom drama and mystery, with the title character demonstrating expertise as a lawyer and investigator. Dusseldorp is up to the task, too, giving Janet unshakeable strength professionally while showing vulnerability in her personal life. She’s as committed to her character as Janet is to uncovering the truth and getting justice.

Dusseldorp is surrounded by many of the best characters from “Crownies.”  They are now the supporting players in Janet’s tale, which gives Acorn viewers a chance to watch all the characters and their relationships evolve.

This brings up one other joy I find in streaming older international shows: recognizing now familiar actors in their earlier roles. Lasance, for example, played Julius Caesar in the “Spartacus: War of the Damned.” He also appeared in “The Flash” and “The Vampire Diaries.” Fans of Hallmark’s “When Calls the Heart” will see much more of Daniel Lissing in “Crownies.”

Acorn TV is a great place for before-they-were-famous spotting, and “Janet King” is one of the best series streaming on the service. “Crownies,” while not essential, is a lot of fun.

A chat with Marta Dusseldorp