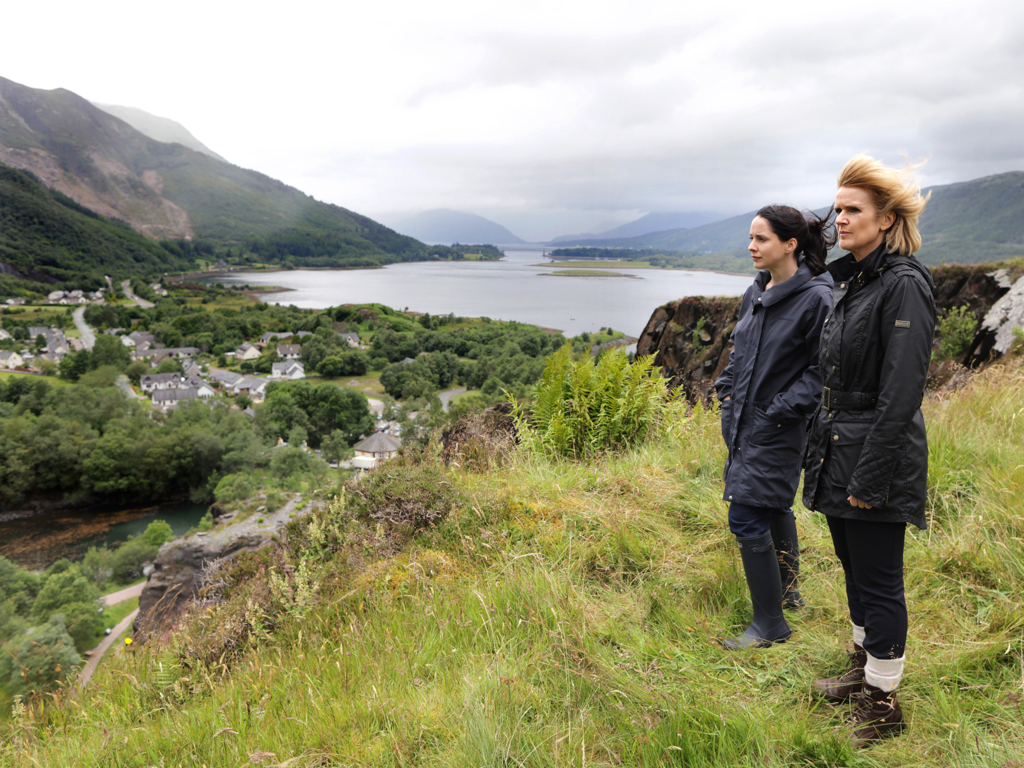 When the show begins streaming June 19 on Acorn TV, it drives home its obvious-but-effective metaphor with a stunning and grisly visual that I won’t spoil for you.

What viewers won’t see in the six weekly installments is Nessie, the elusive creature rumored to swim the waters of Scotland’s most famous loch. The monster, or monsters, here are human.

The series, from “Fortitude” writer Stephen Brady, follows a formula seen in many a Nordic noir thrillers and darker crime dramas such as “Broadchurch.” It’s a bit of a knock-off in that sense, ticking the boxes of what these types of shows usually offer.

But a couple of things set “Loch Ness” apart.

As trite as it sounds to call the Scottish Highlands setting a character in itself, it’s kind of true. The breathtakingly beautiful landscapes, dotted with rocky hills and the calm waters of the lakes, suggest both danger and tranquility.

But two shocking discoveries shatter the serenity in the small town of Lochanfoy. First, a local piano teacher is found dead with part of his brain removed. Then a human heart turns up in a pile of animal parts used for a teenage prank.

This double mystery brings the show’s other secret weapon to town—DCI Lauren Quigley, played by the marvelous Siobhan Finneran of “Downton Abbey” and “Happy Valley” fame.

Finneran plays the senior investigator from the big city as an icy, brusque taskmaster who doesn’t suffer fools and isn’t all that impressed with the natural wonders of the area.

“Beauty of nature,” she says while looking out from atop a hill. “Bores the living shit out of me.”

Love her already. I’m saying it right here: Give Finneran her own series as Quigley.

Quigley initially removes local inspector Annie Redford (Laura Fraser of “Breaking Bad”) from the cases because of her relationships with several suspects—including her daughter Evie (Shona McHugh), the “rebellious, moody teen” seemingly required in shows like this.

Fraser keeps things grounded and real as Annie despite having to recite some stinker lines. She does an especially good job showing Annie fight her dual desires to be a good mom and wife versus becoming a good detective.

When Annie uncovers clues important to the dual investigation, Quigley brings her back into the fold. Quigley even warms up a bit to the junior detective.

The two women now believe they are hunting a serial killer, and as they test the alibis of far too many suspects for me to keep track of, they learn that—big surprise—nearly every local resident hides a dark secret of some sort.

While the familiar peel-back-the-layers format might turn off some viewers, the distinctive setting, wonderful performances and interesting side plots keep the mystery compelling.

The series is a lot like Nessie herself. Despite no proof of her prehistoric presence, tourists still have fun flocking to Scotland hoping for a glimpse.