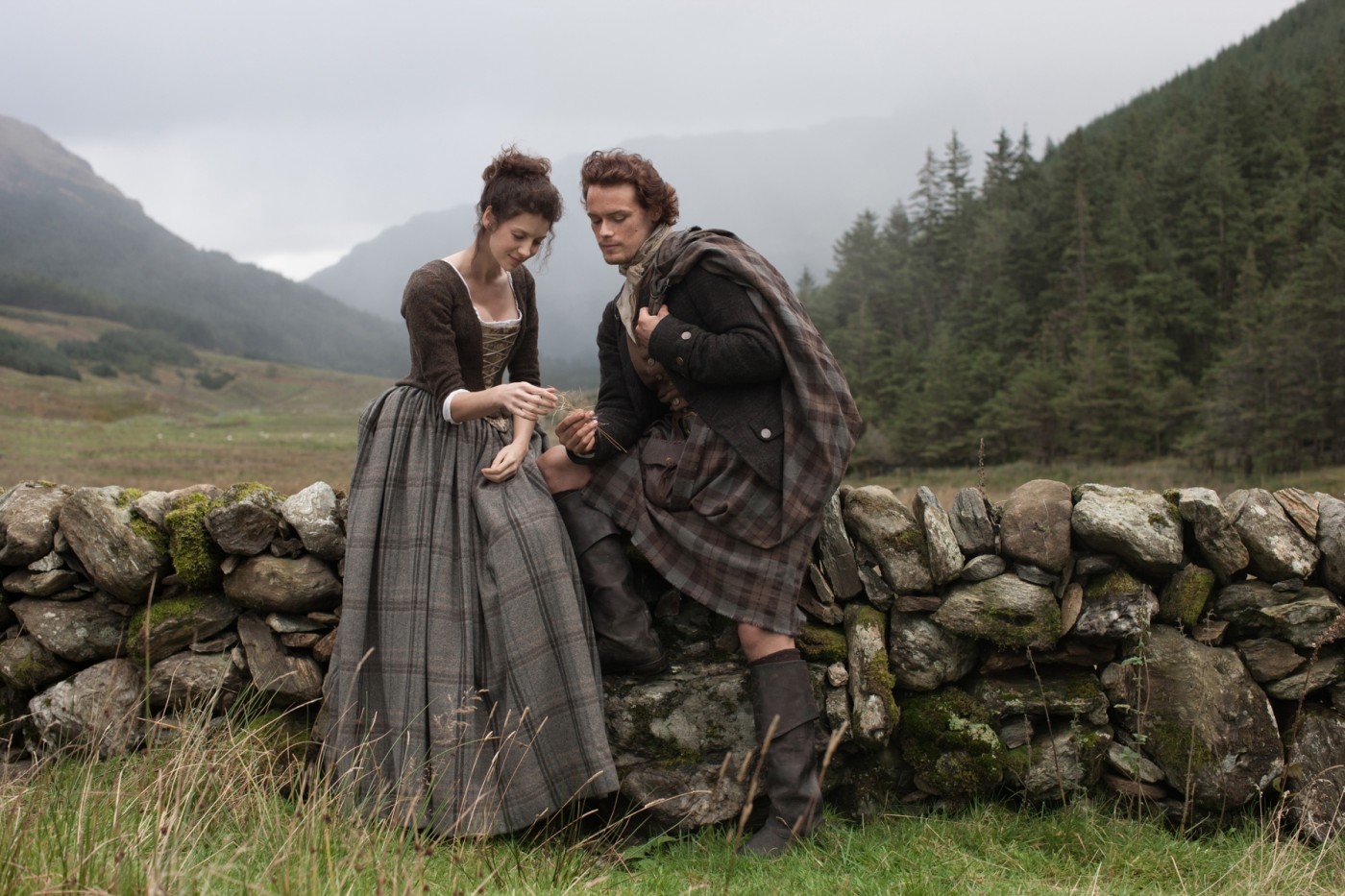 Had you told me a few months ago that I’d enjoy the romance at the center of Starz’s “Outlander,” I would have scoffed. I’d rather you jab my eyes with a stick than force them to watch “Titanic” or “The Notebook” ever again.

Ronald D. Moore (“Battlestar Galactica”), adapting the 16-episode first season from the wildly popular book series by Diana Gabaldon, presents its romance without the sentimentality that often makes such tales too cheesy to endure. He also manages to steer clear of the gratuitous “wink-wink” sex and flesh that often clutters cable network shows—even though the show does go there sex-wise.

For these reasons, my heart will go on for “Outlander.”

The genre-bending, time-traveling tale begins in 1945 as former field nurse Claire Randall (Caitriona Balfe) and her former spy master husband, Frank (Tobias Menzies), take a second honeymoon in Scotland after being separated for five years by World War II. On a day trip, Claire touches one in a ring of several apparently mystical stones and is transported to the same location in 1743.

As Claire is attacked by British Capt. Black Jack Randall (Menzies again)—who looks suspiciously like her husband—a group of warriors from the Scottish clan MacKenzie save her and take her back to their castle. On the way, viewers see the astonishingly beautiful Scottish countryside and the amazing production values of “Outlander.” Claire gets some eye-candy of her own in the form of the swoon-worthy Jamie Fraser (Sam Heughan), a standup lad amongst his rowdier mates despite his torture at the hands of Black Jack.

And thus, a great love begins. But wait, what about Frank? The first episode of “Outlander,” which can be watched online already, moves deliberately—but for good reason. It emotionally sets up much of Claire’s future (um, in the past) by making us feel the love Claire already has for Frank.

The up-and-down pacing sags in parts of the first five episodes as we’re subjected to unneeded voiceover. I could listen to Balfe read a phonebook in Gaelic, but the narration takes me out of the action. We glean everything we need about her feelings as we watch Claire get to know her 18th century friends and enemies and try to find her way back to the stones, 1945 and Frank.

That said, I urge viewers to stick around because Episode 6 is brilliantly tense from start to finish. When Claire and Black Jack meet again, Menzies mesmerizes as the redcoat enforcer who can’t be trusted. Balfe cements her leading lady status as Claire tries desperately to find a piece of Frank’s decency in his ancestor’s despicable soul.

Heughan, too, is not just a handsome face and hunky bod. His Jamie is a sensitive but heroic hero scarred inside and out by familial ties and the redcoats.

Despite a supporting cast of international actors who bring even thinly drawn characters to life, “Outlander” really lights up when Balfe is onscreen with either Heughan or Menzies.

Maybe “Outlander” is making me a romantic after all.