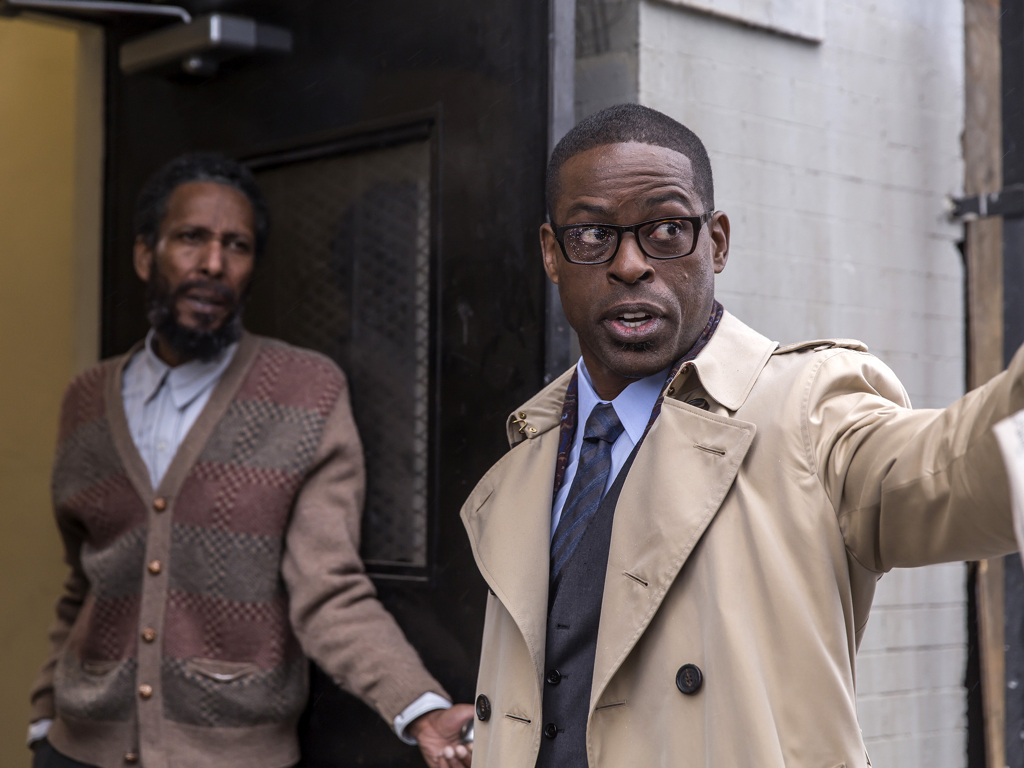 ‘This Is Us’ review: Cry all you want

I’d dare viewers of NBC’s new dramedy This Is Us to watch without shedding a tear—but there’s always that jerk who laughs when everyone else cries.

Well, I don’t believe these types are made of ice at all. They laugh because they don’t want to cry. Still I think “This Is Us,” debuting at 10/9c Sept. 20, will squeeze genuine waterworks from those nervous laughs.

No need to be embarrassed, new weepers. Few viewers will get through the hour without soaking a tissue or 20.

The new series follows in the footsteps of “Friday Night Lights,” “thirtysomething” and “Once and Again,” among others. It’s a shameless tearjerker about average people with everyday problems that largely has been missing on network TV since the passing of “Parenthood.”

Created by Dan Fogelman (“Crazy Stupid Love”), “This Is Us” does exactly what the title suggests. It examines human connections through the lives of four ordinary folks who happen to share the same birthday.

First we meet birthday boy Jack (Milo Ventimiglia) and Rebecca (Mandy Moore), a couple whose love-for-the-ages vibe might have induced some groans if not for the show’s excellent writing. Pregnant with triplets, Rebecca fears something will go wrong in the delivery room.

Ventimiglia, whose naked bottom in the show trailer launched 100 million Youtube page views, bares more emotional power than skin in the show. He and Moore are good together.

We then are introduced to two characters with extremely different body issues. Hunky actor Kevin (Justin Hartley) is stuck in a soul-crushing role in a sitcom called “The Man-ny” that requires him to be shirtless most of the time. Kate (Chrissy Metz) believes that her obesity is preventing her happiness so she decides to commit to losing weight.

Finally, family man Randall (Sterling K. Brown), despite all his success in business and life, feels a void because his father (Ron Cephas Jones) abandoned him at birth.

Brown proves his recent Emmy win for his role in “The People v. O.J. Simpson: American Crime Story” was no fluke. Randall’s conflicted emotions about his dad play across Brown’s face without a bit of dialogue.

Metz and Hartley match the fine performances of Brown and Ventimiglia. The entire cast does great work in the premiere—the only episode made available to critics.

While the series may over-deploy Sufjan Stevens in its soundtrack, or bathe its most sentimental scenes in a softer hue, Fogelman’s clever dialogue keeps things grounded. Even the most hokey character, a self-described “folksy” pediatrician played by Gerald McRaney, somehow works.

Fogelman ends the episode with a thrilling twist that, as Ventimiglia suggested in a recent interview, brings more blubbering but takes the series in an unexpected direction.

“The Is Us” is unapologetically uncynical and definitely manipulative. But it rarely feels cheap. All those tears are earned, so go ahead and have a big, cathartic cry.

More This Is Us photos

Rebecca (Mandy Moore) and Jack (Milo Ventimiglia) await their babies in “This Is Us.” (Ron Batzdorff/NBC)

Kate (Chrissy Metz) and Kevin (Justin Hartley) talk it out in “This Is Us.” (Paul Drinkwater/NBC)

Susan Kelechi Watson and Sterling K. Brown in “This Is Us.” (Ron Batzdorff/NBC)