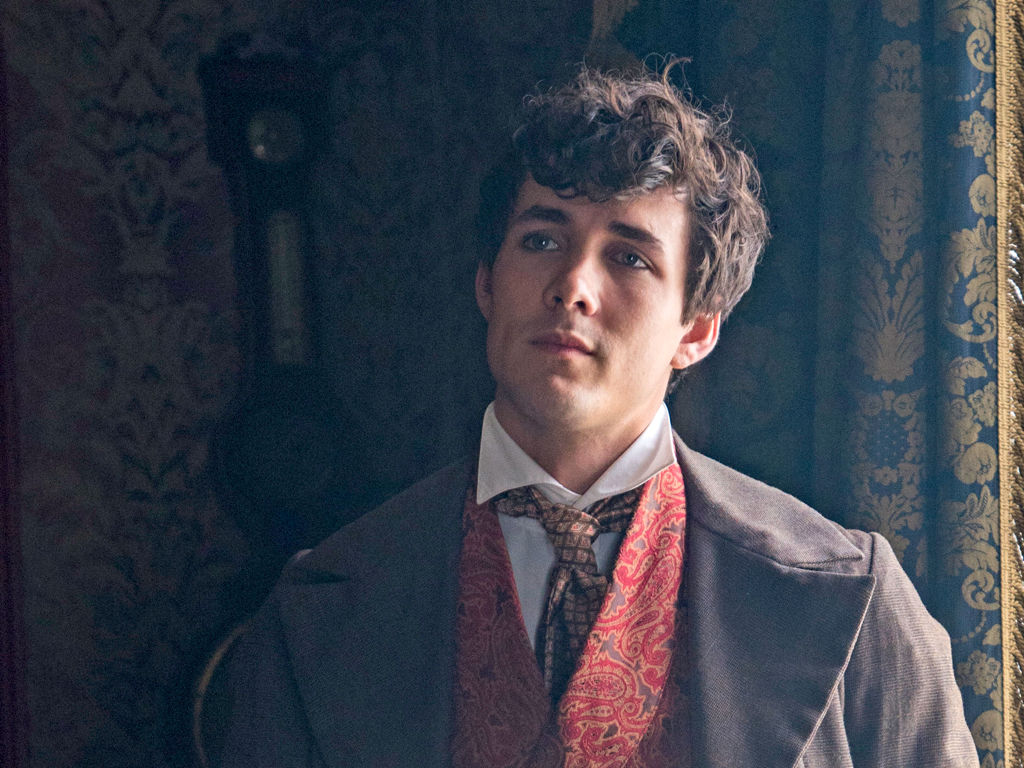 Jonah Hauer-King didn’t feel overwhelmed working with the predominantly female cast and crew of Little Women. After all, the rising young star has spent much of his life outnumbered by women.

“I grew up in a household with a mum and two older sisters who treated me with a lot of kindness and cruelty in equal measure,” he joked. “So this felt like home.”

Hauer-King plays the beloved Theodore “Laurie” Laurence in the latest adaptation of Louisa May Alcott’s classic novel, which debuts at 7 p.m. May 13 on PBS’s “Masterpiece.”

Under the watchful eye of their mother, Marmee (Emily Watson), and the sometimes unwelcome meddling of their wealthy Aunt March (Angela Lansbury), the four sisters grow into adulthood while their father (Dylan Walsh) fights in the war.

Laurie meets Jo and her sisters when the orphaned boy moves in with his grandfather, James Laurence (Michael Gambon), who lives next door to the March’s.

Acting with such veteran actors and creators, not to mention a couple of legends in Lansbury and Gambon, wasn’t daunting once everyone met each other, Hauer-King said. The mood on set was friendly and familial.

“They sort of led by example and set the tone with their professionalism and kindness,” he said.

About the production team, he said, “They are such a talented and committed group of people that it just felt really exciting and an honor to be part of it. They were really good to me and looked after me and it was really special.”

Working with A-list talent is becoming a regular occurrence for the 22-year-old who graduated just a year ago from Cambridge University. (He earned a degree in Theology and Religious Studies.)

He’s already starred on stage with Kenneth Branagh in “The Entertainer” and appears with Ashley Judd in the upcoming film “A Dog’s Way Home.” PBS viewers may have seen him in recent weeks as Paul Wilcox in “Howard’s End,” starring Hayley Atwell and Matthew Macfadyen.

He was born and raised in London, but feels a connection to the U.S. and especially San Francisco, where his mother grew up and he still visits family.

“Being American is definitely part of my identity,” he said. “I feel in some ways very English, but I’ve also spent a lot of time in America and feel like that’s part of myself.”

Hauer-King said he was thrilled to star in such an iconic American story—even if it was a mostly British production. He also was happy to make such good friends among the actresses playing the March sisters.

“They were my sisters for three months,” he said. “We had such a special bond.”

He felt such a kinship with—and sympathy for—his co-stars that he decided to put on a restrictive corset like the actresses wore as part of their costumes.

“I did it just one day,” he said, laughing. “I put on the corset and a dress. I’m sure those photos will show up somewhere.”

I spoke with Hauer-King after PBS’s presentation in January at the Television Critics Association meeting in Pasadena. We talked more about the Laurie’s relationship with Jo and her sisters, as well as Laurie’s feelings of being the outsider in the March family.

Much of that discussion is spoilerish if you haven’t read or can’t remember what happens in “Little Women.” So I’ve made it a Q&A under the photos below that you can read after the episodes air.

Maya Hawke as Jo and Jonah Hauer-King as Laurie. (Masterpiece on PBS)

Jonah Hauer-King as Laurie and Kathryn Newton as Amy. (Masterpiece on PBS)

Maya Hawke as Jo and Jonah Hauer-King as Laurie. (Masterpiece on PBS)

Kathryn Newton (left to right) as Amy, Willa Fitzgerald as Meg, Maya Hawke as Jo, and Annes Elwy as Beth. (Masterpiece on PBS)

What is your impression of the relationship between Jo and Laurie?

I think Jo and Laurie had a very special friendship and they connected very quickly. Laurie is someone who has been lacking a female presence in his life. He’s an orphan. He lives with his grandfather and goes to an all-male boarding school.

Laurie bonds with the March family and really becomes the brother, doesn’t he?

His entering into that family and into that world feels to me like such a double-edged sword. It fills a gap for him, both the gap of women but also one of family. He’s brought into the March family and that’s a wonderful thing. But the difficult thing for him is that as he gets close to that family without being part of it. Certainly in the early to middle parts of the story, he isn’t actually part of the family.

There’s a shot when they find out that Dylan Baker’s character, when the father is ill, that all the girls and Marmee come together and hug and it pans to the left and Laurie’s there on his own. I think you feel that sense that he is part of this but he will never truly have that connection until, maybe, he marries into the family and that changes.

How did you decide to handle the flirtations from Amy?

Well, it’s quite a delicate thing because when Laurie and Amy first get to know each other he’s older than her and she’s, to put it frankly, underage.

I don’t think at that point there is a romantic interest. I think what we tried to do in this production is to leave little bread crumbs. It had to make sense, not necessarily that there was a love there from the beginning, but there was certainly a friendship and a connection from the start. So whether that is him looking after her and going to visit her when she’s staying at Aunt March’s or whether it’s promising her that he’ll take her skating.

It needed to feel like this wasn’t a relationship that had come out of nowhere. He couldn’t just see her in Italy and suddenly they were going to get married.

Do you think he fell in love with her in Italy simply because they spent so much time together there?

Grief and loss and experiencing that together is a very bonding thing. And I also think that they were kids and then they became young adults and there was an attraction there in a way that when you hit 24, 25 or whatever age it is, you see someone slightly differently than when they were much younger.

So you’re OK with no Laurie-Jo ending?

I also like that Jo tells Laurie “no.” A woman in that time saying “no” to a decent, wealthy man on the basis that she loves him, is radically modern and feminist. I think it is one of the many examples of Louisa May Alcott being so ahead of her time.

Although I love Laurie and think he’s a wonderful character, I think there’s something really exciting about him being told “no,” and a man being told “no.”