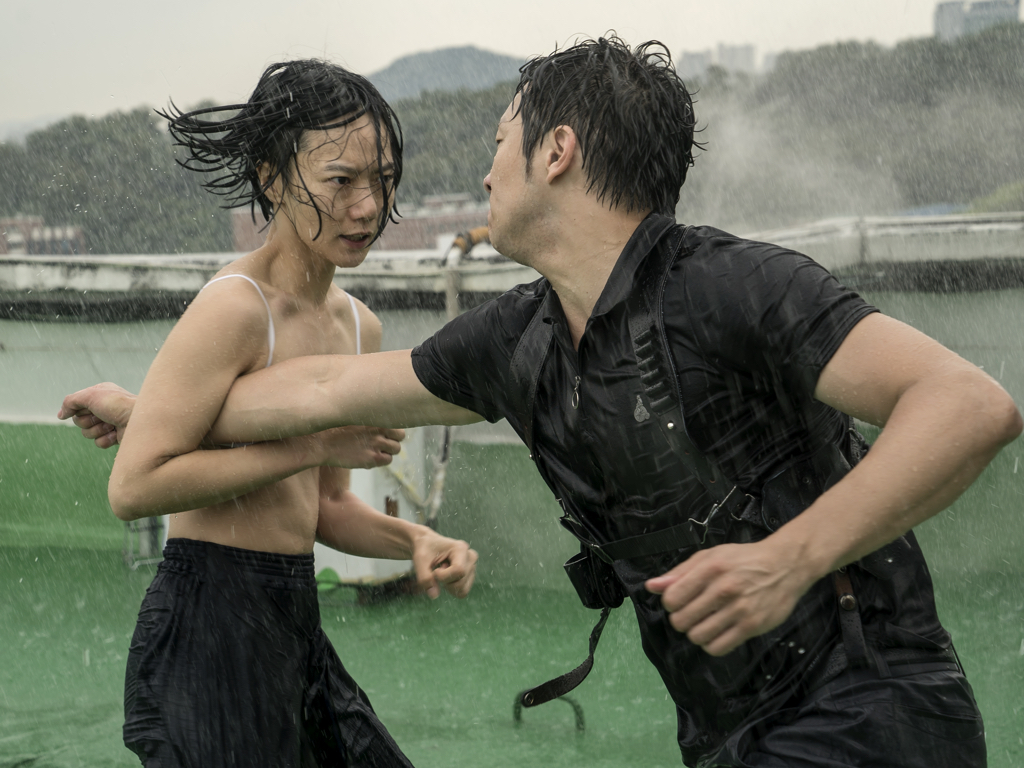 It’s hard to believe after watching her take down men twice her size as martial arts expert Sun Bak in Sense8, but Doona Bae wasn’t much of a fighter until she met the Wachowski sisters.

“I play an amazing part,” Bae said during a break from filming in Chicago last summer. “I’m really grateful about that because … I’m not a physical person.”

Lana and Lilly Wachowski cast the South Korean star in physical roles in both “Cloud Atlas” and “Jupiter Ascending.” After success in those roles, they tapped her to play business executive and secret fight club warrior Sun Bak in their Netflix series “Sense8.”

In the hit series first season, Sun works hard for the family business but gets no credit from her father. When she discovers her brother has embezzled from the company, her father insists she take the blame.

Her father dies while she is in prison, officially of suicide. But Sun accuses her brother—who takes over as CEO of the company—of murder. During a prison meeting, she beats up her brother before the guards can restrain her. She vows to make him pay for his betrayals.

“Sense8” follows the adventures of a cluster of eight strangers from different countries who learn they are sensates—a species of humanity that can psychically connect over vast distances. The sensates can communicate as well as share each others skills, emotions and physical experiences.

Sun is a sensate and becomes an enforcer in her cluster. She helps Capheus Onyango, a Kenyan bus owner/driver, defeat members of the Superpower drug gang. In Iceland, she gives police office Will Groski an extra dose of kick-ass to save Riley Blue from the clutches of the evil Biologic Preservation Organization which is out to destroy the sensates.

All this from an actress who says she wasn’t very physical.

“[The Wachowskis] gave me a huge challenge and so I worked for it,” Bae said, going on to explain her workout regime.

“I did training with my personal trainer every day, morning and evening, just to get stronger,” she said, adding that she during filming she has three hours of stunt rehearsals with the stunt team. “So I have basically two jobs here—acting and training. But great. I work out and I do what I really like doing: acting and getting paid.”

Bae has honed her fight skills, but her acting packs the most powerful punch in “Sense8.” Considering all that her character goes through in the first season, Bae could have made Sun a pitiful victim. But she’s give Sun so much heart and an inner peace and strength that shines through no matter the size of the latest betrayal against her.

“She is one of my favorites,” he said last summer. “When I see how subtle and sophisticated Doona is and how she tries to reveal nothing, nothing, nothing and suddenly puff, she breaks your heart.”

Fans get to see more great acting and the fruits of Bae’s physical labors in Season 2, which debuts May 5 on Netflix. Sun still is imprisoned, but that isn’t keeping her from helping out the cluster more than ever before.

The sensates spend much more time together as a complete group in the new season, Bae said. Will that give Sun a chance to be a little bit, well, sunnier?

“I don’t think so,” Bae said when I asked her if fans might see Sun smile more in Season 2. “Sun is such a lonely character. She was abandoned by her father and her mother passed away and her brother, well …”

Yes, we all know what her vile brother did. Bae teased that he may face some payback in the new season.

“We are getting closer and closer in this cluster, so we are getting more like family,” she said. “When she’s with the cluster maybe she will smile more.  But basically she’s driving herself to a kind of big revenge.

“I have to do some things for the cluster, but at the same time for myself, Sun.”

Cast on how series expanded their minds