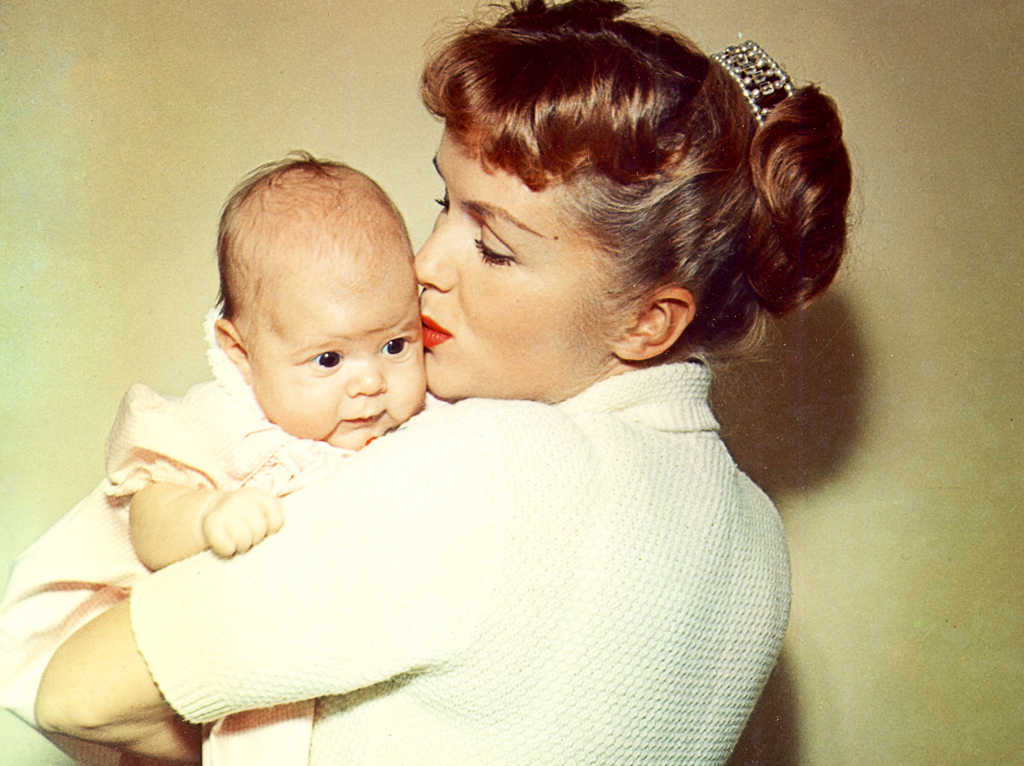 Debbie Reynolds with her infant daughter, who would become Carrie Fisher. (Courtesy HBO)

HBO is moving up the premiere of Bright Lights: Starring Carrie Fisher And Debbie Reynolds in tribute to the iconic mother-daughter duo after their recent deaths.

The premiere of the new documentary will now air 8/7c Jan. 7. The network also will present an encore of Fisher’s 2010 special “Wishful Drinking” at 9/8c Jan. 1.

Iconic actress, writer, producer and humorist Fisher died Dec. 27 after going into cardiac arrest days before on a flight from London to Los Angeles. Fisher, who played Princess Leia in the “Star Wars” films, was 60. Hollywood legend Reynolds, 84, died Dec. 28 after suffering a stroke.

HBO describes “Bright Lights: Starring Carrie Fisher And Debbie Reynolds” is “an intimate portrait of Hollywood royalty in all its eccentricity.” It chronicles the complex relationship between Fisher and Reynolds, who lived next door to each other in the same Beverly Hills compound.

The doc, directed by Alexis Bloom and Fisher Stevens, uses vintage family films that bring iconic old-world Hollywood to life as well as extensive vérité footage. It has been shown at many film festivals, including the 2016 Cannes Film Festival, the Telluride Film Festival and the New York Film Festival.

“Wishful Drinking” is a feature-length adaptation of Fisher’s hit autobiographical stage production about her life. It combines her raucous one-woman stage performance, interviews with family and friends, and archival footage.