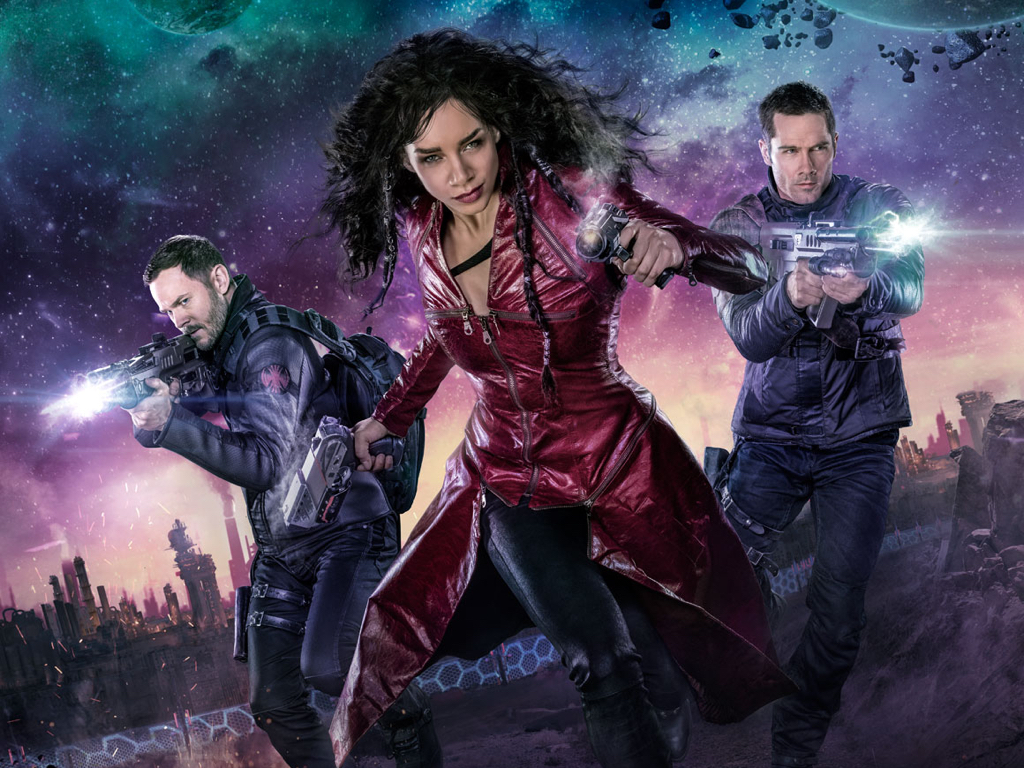 Syfy deepened its commitment to space operas this week, picking up Killjoys and Dark Matter for third seasons. They most likely will return in summer 2017.

“Killjoys” follows three intergalactic bounty hunters played by Hannah John-Kamen, Aaron Ashmore and Luke Macfarlane. These killjoys chase deadly warrants throughout the Quad, a distant system on the brink of a multi-planet class war. This season, Dutch and brothers John and D’avin struggled to find balance between politics, family and duty.

In “Dark Matter,” crew members wake up aboard a spaceship with no memories of who they are. Despite not fully trusting each other, they have to work together to survive constant threats. In Season 2, crew members found themselves embroiled in an intergalactic conspiracy. They are racing  to find a mysterious device that may hold the key to victory in a looming corporate war. Controlled by the wrong masters, it could destroy the galaxy.

Dark Matter interviews: Strong women, a butt slap and One