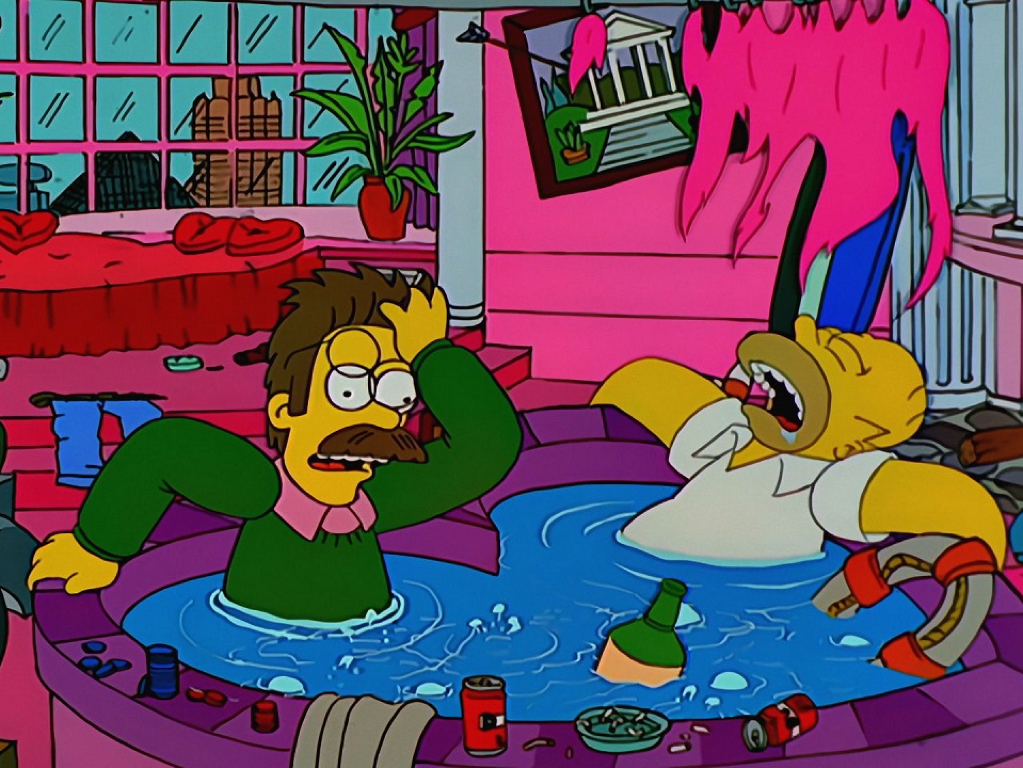 Las Vegas is known in every corner of the globe as the gambler’s mecca.

It’s the one place on the planet where every game is played and the stakes run the gamut from low-roller to limitless. Additionally, every building on the block is home to a video poker parlor.

Visitors also enjoy the perpetually beautiful weather and a multitude of megaresorts. No wonder the desert outpost is now the most frequently visited destination in the world.

So it’s no surprise to see so many television shows swing through Sin City. They either devote major portions of the plot to Las Vegas-based storylines, or simply have characters take a quick detour to the entertainment capital for some good old-fashioned fun and double downs.

We’ve identified three of the best Vegas-based bottle episodes in TV history which took place on the casino floor, so read on to see if your favorite show made the cut.

Fox recently renewed the longest-running television series of all-time for a record-extending 28th season. But back in Season 10, “The Simpsons” already was searching for ways to get the gang out of Springfield.

And with “Viva Ned Flanders,” the show offered an early taste of the enduring travel-themed episodes to come, including “The Regina Monologues” in Season 15, which brought the Simpson clan to London Town, and “Bart vs. Australia” in Season 16 with its infamous “booting” Down Under.

After discovering that his holier-than-thou neighbor Ned Flanders is actually 60 years old, Homer Simpson decides that his frenemy has yet to experience all life has to offer. This prompts him to take a customary detour to the local casino, but Mr. Burns’ gambling establishment was just demolished, so the pair hit the road en route to Vegas.

In a predictable turn of events, Ned is reluctant to enjoy the city’s charms at first, but he soon succumbs and finds himself enjoying roulette and wine spritzers. Naturally, the episode ends with the two friends married to strange women, putting both of the happy husbands in a big bind.

By relying on the classic buddy comedy format, while incorporating all of the tried and true Vegas touchstones, “Viva Ned Flanders” is one of countless The Simpsons episodes to hold up more than a decade after it first hit the airwaves.

“The One in Vegas” was a two-part “Friends episode.

Joey is marooned in Vegas while he pursues a dead-end movie shoot. Phoebe is lamenting the good times she missed out on in London, so the “Friends” gang decides to take a trip westward to kill two birds with one stone.

An argument leads Monica to leave Chandler for the craps table, where the two quickly make up during her extended roll. After calling for a Hard 8, Chandler watches Monica roll the lucky 4-4 twice in a row. He ups the ante a third time around, telling her that they’ll get married in Vegas if another Hard 8 appears.

Couples visiting Vegas’ ubiquitous roadside wedding chapels is a tried and true trope of casinos depicted in pop culture. As luck would have it, Monica and Chandler already have nuptials on the mind following their trip to London, so this episode expertly weaves the wedding aspect into the fold.

One die lands on 4, but when the second tumbles off of the table and gets stuck between 4 and 5, the happy couple must decide what happens next. They wind up trying to take the plunge. Instead, they stumble upon one of Season 6’s major surprises—as an alcohol-fueled night of blackjack between Ross and Rachel actually resulted in that star-crossed couple exchanging vows of their own.

When ABC renewed its hit sitcom “Modern Family” for an eighth season during the fall schedule, episodes like Season 5’s “Las Vegas” helped motivate the decision.

Many shows of a certain vintage rely on hokie gambling scenes to transport viewers to the city. But “Modern Family” shifts the focus to the more mundane matters that consume real-life visitors to Vegas.

After completing a business deal with the owner of Mandalay Bay casino, Jay angles for comped rooms at the Excelsior Level. But instead of being satisfied with the upgrade, he’s envious that others are staying in Excelsior Plus rooms.

The gag highlight’s the tendency to devalue things when caught up in the lavish casino lifestyle Vegas offers 24 hours a day, every day of the year.

Also in the episode, the “Kitty Pleasures” all-male dance revue spoofs the famous Chippendales troupe. Throw in Claire’s determined pursuit to “win her money back” from last year’s trip and this episode offers a truly modern take on the classic Vegas vacation episode.