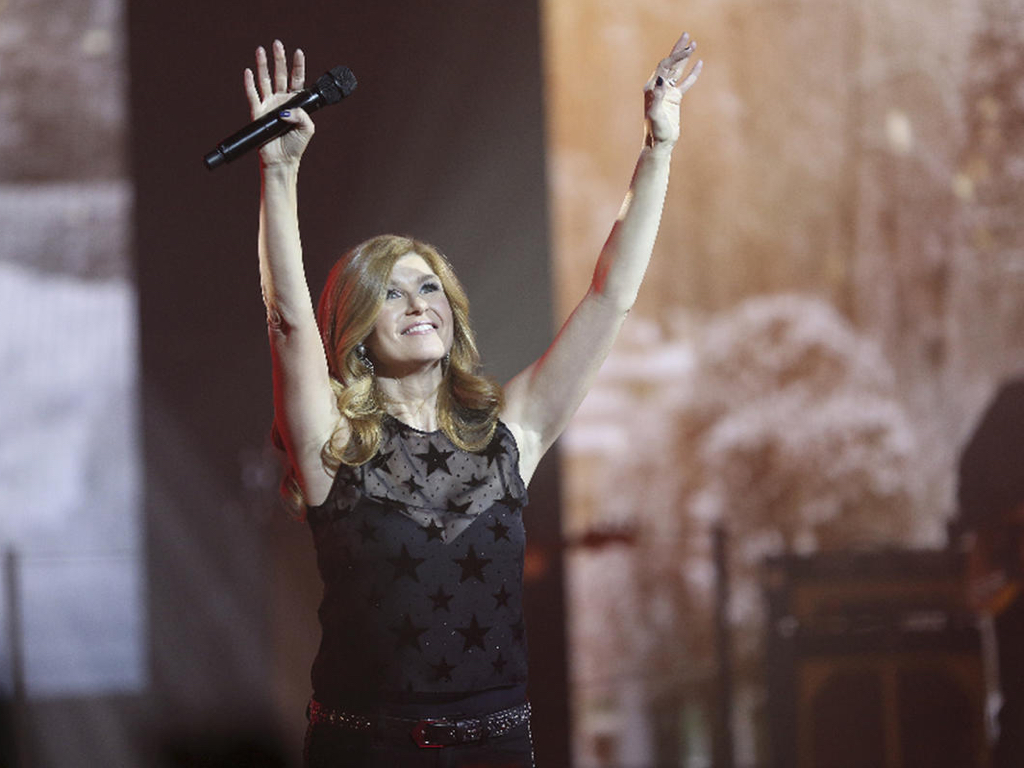 Connie Britton and "Nashville" will move to CMT for upcoming seasons. (ABC)

‘Nashville’ and 21 other saved TV shows

Nashville fans are giving CMT a standing ovation for picking up the canceled ABC series, but the country music soap is just the most recent show saved by switching networks.

The Connie Britton series will return for a fifth season that will be broadcast on CMT and streamed on Hulu after all involved reached a deal Thursday, the Tennessean reports. CMT confirmed Friday the 22-episode new season will air first on CMT and on Hulu a day later. Lionsgate, ABC Studios and Opry Entertainment are producing, with “Thirtysomething” creators Ed Zwick and Marshall Herskovitz running the show. The entire cast is expected to return, the Tennessean reports.

Fans of the show, called Nashies, have been as vocal as the drama’s singing cast members. So yes, those “save our show” petitions can be helpful if for no other reason than to signal a potential new home that someone will be watching.

“Nashville” isn’t the first time a TV series has returned from certain death. Because so many series have found new life on a different network, I’ve come up with a list of 21 recent saved TV shows and a smaller offering of not-so-recent ones.

I’m not counting revivals such as “Arrested Development,” “Full House” or “Gilmore Girls”—but hey, I just mentioned them. Also, I only included shows that moved to a new network that then created more episodes.

Supergirl (Melissa Benoist) flies to The CW this fall for its second season. (Darren Michaels/Warner Bros.)

Love guru Patti Stanger is taking her talents to WEtv beginning 10/9c July 8. The show, then called “The Millionaire Matchmaker,” originated on Bravo, where it aired for eight seasons.

The Mindy Kaling comedy aired on Fox for three seasons before moving to Hulu. Still going strong, it has been renewed for a fifth season.

Despite high ratings, A&E canceled the modern Western in 2014 after three seasons. Netflix lassoed the drama shortly after, airing the fourth season in 2015. Robert Taylor, who stars as a small-town Wyoming sheriff, and his cast mates currently are filming a fifth season.

After five seasons on Bravo, executive producer Heidi Klum and NBCUniversal couldn’t make it work for another season. The highly-rated fashion design competition moved to Lifetime in 2009.

NBC dumped this comedy from Tina Fey and Robert Carlock before its debut. Netflix wisely picked it up, and now the show and its star, Ellie Kemper, are critical darlings.

Seth MacFarlane’s animated sitcom about a CIA agent’s family life aired nine seasons on Fox before moving in 2014 to TBS. In August 2015, the cable network picked up “American Dad!” for two more 22-episodes seasons, ensuring that new episodes will appear on the network through 2018, according to the Hollywood Reporter. New episodes air at 7:30 p.m. CT Mondays.

Fans and their petitions helped Yahoo! decide to pick up this sitcom from NBC after its fifth season. The website aired a 13-episode sixth season in 2015.

Apparently this crime drama was unforgettable, because CBS canceled it after three seasons. A&E picked it up for a fourth season that ended in January, but it won’t return for a fifth.

TBS saved this Courteney Cox comedy before it could be officially canceled on ABC after its third season. Creator Bill Lawrence and crew traveled the U.S. to meet with supportive fans, and the comedy lasted three more seasons before ending in 2015.

“SouthLAnd” started on NBC but moved to TNT. (TNT)

Remember that time NBC decided to put Jay Leno on five nights a week during prime time? That’s pretty much why this intense police drama got the boot after its second season on NBC. TNT brought it back, giving fans three more seasons through 2013.

Axed by Fox in 2003, “Futurama” still had a future. It lived on in syndication on Cartoon Network and in strong DVD sales. Five years after its cancellation, the animated comedy was picked up by Comedy Central where it ran new episodes until 2013.

NBC tried mightily to get eyes on its wonderful high school football drama, but over two seasons it remained a low-rated but critical darling. In 2008, the network worked out a deal with DirecTV, which agreed to bear some of NBC’s financial burden in exchange for first-run rights to the third season. DirecTV and NBC shared the series for two additional seasons, giving passionate fans a total of five seasons to love.

NBC viewers must have been feeling overloaded with Dick Wolf-produced “Law & Order” shows by the 2006-2007 season. NBC moved “Criminal Intent” to its cable sister, USA, after its sixth season. It remained there four more seasons through 2011.

NBC couldn’t foresee a future with “Medium” after five seasons, but CBS could. It picked up the crime drama for a full sixth season and an abbreviated seventh. The show was canceled for good in 2011.

AMC canceled the police drama after its second season, but changed its mind and resurrected it for a third. In 2013, AMC canceled the show starring Mireille Enos and Joel Kinnaman for good. This time, Netflix ordered a six-epiode fourth season to wrap up the story.

After FX gave the twisty legal drama the ax after its third season, DirecTV bought two more seasons of the Glenn Close thriller. It ended in 2012.

The hospital comedy starring Zach Braff and Donald Faison launched in 2001 on NBC. After seven seasons, it moved over to ABC, where it lasted two more seasons until 2010.

This Navy legal drama, which launched CBS super spin-off “NCIS” (which launched two more spin-offs), actually debuted on NBC. It moved to CBS after one underperforming season, and remained on the air for nine successful seasons through 2005.

It’s hard to imagine this space opera being anywhere but on Sci Fi (now Syfy). But it debuted on Showtime in 1997, where it aired for five seasons. It last five more seasons on Syfy, which also launched two spin-offs.

Lynda Carter played in the 1970s series “Wonder Woman,” which started on ABC before moving to CBS.