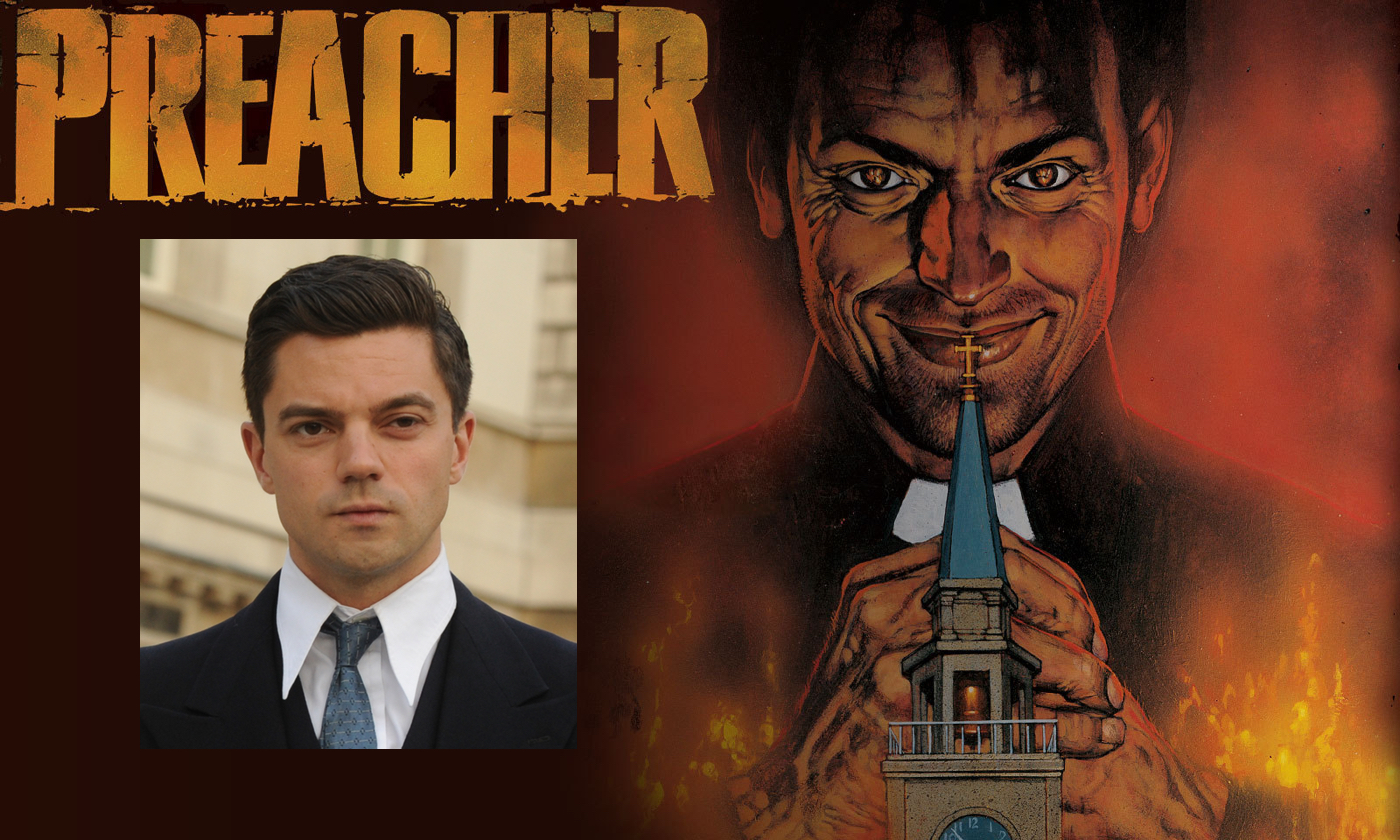 AMC has some good news for fans missing the rednecks and vampires of “True Blood.” The cable network has given a series order to the comic book adaptation “Preacher.”

The series is based on the Vertigo comic of the same name that was created by legendary author Garth Ennis and artist Steve Dillon in the 1990s. Seth Rogen, Evan Goldberg and “Breaking Bad” alum Sam Catlin developed the series, which will premiere in 2016 with 10 one-hour episodes.

Rogen made the announcement via Twitter on Wednesday, and AMC followed up with a press release.

“Couldn’t be more happy with Sony/AMC’s decision to bring Garth’s amazing ‘Preacher’ to television,” Catlin, who will act as showrunner, said in the release. “Can’t wait to spend some quality time with vampires, psychopaths, rednecks and God.”

“Preacher” will star Dominic Cooper (“Agent Carter”) as Jesse Custer, a minister having a hard time relating to his parishioners in a small Texas town. According to AMC, he also “is inhabited by a mysterious entity that allows him to develop a highly unconventional power.”

Joseph Gilgun (“This Is England”) plays an Irish vampire named Cassidy who becomes friends with Jesse. They will embark on a journey to find God.

The pilot, written by Catlin and directed by Rogen and Goldberg, was filmed over the summer.

“We started reading the comic when it first came out in the ’90s,” Rogen and Goldberg said in the release. “In many ways Garth’s sense of drama and comedy and Steve Dillon’s visual aesthetic helped form our style, and the idea that we are actually bringing ‘Preacher’ to life is a dream come true.

“This is the craziest thing ever and we can’t wait to move forward and work our asses off to make it the best it can be.”

Joel Stillerman, president of original programming and development for AMC and SundanceTV, praised the creative team in AMC’s release, saying they “made a pilot that completely blew us away, and we know the series will satisfy and surprise fans of the comics, and captivate fans of great TV everywhere.”