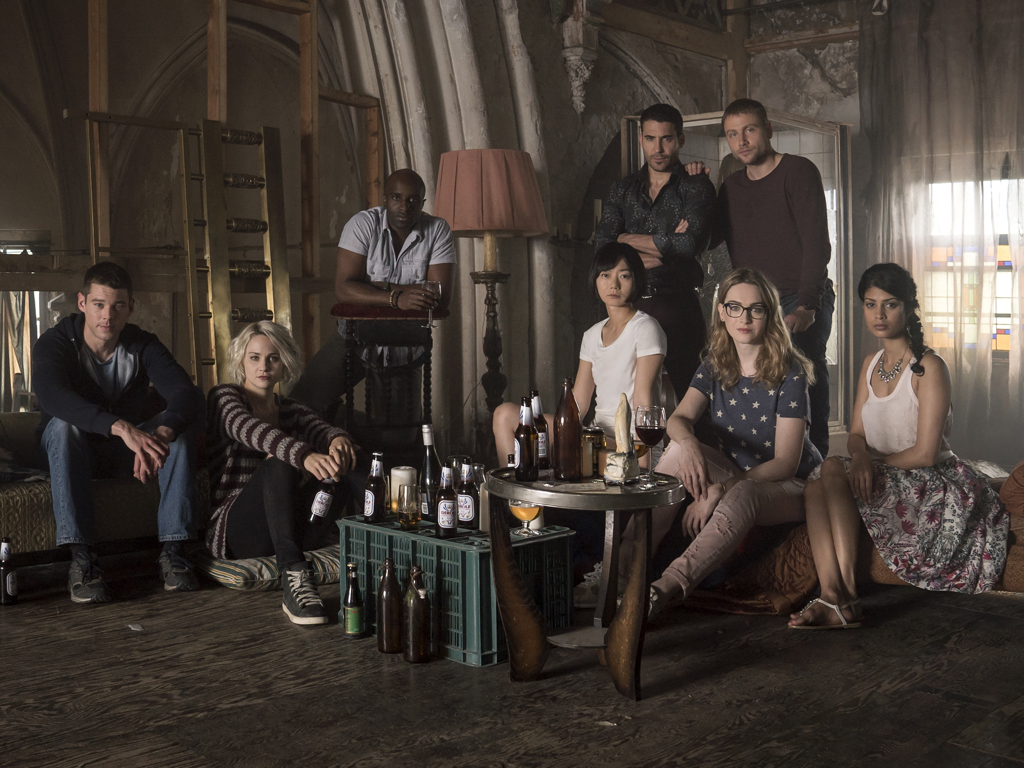 “After 23 episodes, 16 cities and 13 countries, the story of the Sense8 cluster is coming to an end,” Cindy Holland, VP Netflix original content, said in the statement. “It is everything we and the fans dreamed it would be: bold, emotional, stunning, kick ass, and outright unforgettable.

Holland goes on to express the importance of the series. “Never has there been a more truly global show with an equally diverse and international cast and crew, which is only mirrored by the connected community of deeply passionate fans all around the world. We thank Lana, Lilly, Joe and Grant for their vision, and the entire cast and crew for their craftsmanship and commitment.”

Lana and Lilly Wachowski (“Matrix” trilogy) and J. Michael Straczynski (“Babylon 5”) created the series, with Grant Hill serving as an executive producer. The Wachowskis wrote and directed much of the first season. Lana went solo for the second season when Lilly took time off to focus on her gender transition.

The bad news comes as fans worldwide show their support for the show on social media with the hashtag #RenewSense8. A May 30 tweet from series star Brian J. Smith started a wave of speculation about the show’s future.

“This might be a good time to start making some noise,” Smith tweeted.

After the cancellation news broke, Smith took to Twitter to thank fans:

Sorry guys. Thanks for your passion and support these last few days, was very moving to see your love for the show. En Evant! https://t.co/77H3Ob7OGB

The streaming service rarely offers explanations for its decisions, or releases its viewership numbers.

Netflix founder and CEO Reed Hastings refused to offer viewership numbers for the just released new season of “House of Cards” during his May 31 appearance on CNBC’s “Squawk Valley.”

“Absolutely not,” he said. “It is one of the great things about Netflix is we don’t have to release ratings. Each show gets to have its own audience because it is very personalized.”

Deadline reported in March that contracts had lapsed for a third season, but Netflix had been working on new ones that would extend through June to give more time for renewal negotiations.

When I spoke with core cast members of “Sense8” while they filmed in Chicago last summer, each seemed more than eager to return for another season despite the marathon filming schedule. For Season 2, cast and crew shot in more than a dozen cities on four continents.

Hailed for its embrace of the LGBTQ community, “Sense8” presents positive portrayals of transgender, lesbian and gay characters. The Wachowskis, both trans women, offer fully realized and loving queer relationships—one between two gay men and one between a trans woman and a cisgender woman.

The series champions diversity and celebrates both the differences and similarities in people from all over the world, and of various religions and beliefs. It hopes for a better future where individuals set aside their differences for the common good.

The originality of “Sense8” stands out against the current trend to recycle, reboot or reimagine old shows and movies. In the series, eight strangers suddenly pop in and out of each other’s lives when they psychically link as a new cluster of “sensates.”

Throughout both seasons, the sensates interact psychically with each other, sharing their talents, skills and emotions from across the world.

The eight sensates battle a secret organization that has unleashed a man called Mr. Whispers (Terrence Mann) to hunt them down. He has a connection to their sensate mother, Angelica Turing (Daryl Hannah), and Jonas Maliki (Naveen Andrews), who initially reaches out to Will to help the cluster.

Fans can only speculate about the reasoning behind the decision to cancel “Sense8.” In a recent interview with Newsflix, “Sense8” producer Roberto Malerba said each Season 2 episode cost $9 million to make, so money may be a factor.

Netflix will increase spending on original content beyond $6 billion in 2017, Hastings confirmed on “Squawk Valley.” He did not talk about budgets for individual shows, and “Sense8” did not come up during the interview.

The sci-fi series is the latest victim of Netflix’s programming ax. Most recently, the streaming service cancelled Baz Luhrman’s “The Get Down” after one season. Previously, it ended “Bloodline,” “Marco Polo,” “Lilyhammer” and “Hemlock Grove.” The final season of “Longmire” debuts later this year.

Hastings also told CNBC he thinks Netflix has too many hits, so he’s pushing for more cancellations.

“Our hit ratio is way too high right now,” Hastings said. “So, we’ve canceled very few shows … I’m always pushing the content team: We have to take more risk; you have to try more crazy things. Because we should have a higher cancel rate overall.”

Sounds like Netflix will be getting even more ruthless—not unlike broadcast TV.

Season 2 of “Sense8” ended with a major cliffhanger—and no character’s story was wrapped up. It would be great if Netflix shows fans—and Lana Wachowski, who poured her all into the show—the respect they deserve by letting creators, cast and crew end the series properly.

As a fan of the series myself, I can’t help but hope that deals can be made to continue the show elsewhere. With the success of “The Handmaid’s Tale,” Hulu would be a appropriate new home for “Sense8” and its strong social messages.

USA Network has taken an edgier turn from the days of its “blue skies” programming. It renewed the sci-fi thriller “Colony,” from executive producers Carlton Cuse and Ryan Condal, for a third season. Cuse would be an excellent addition to the “Sense8” team.

And then there is Amazon, which could use another sci-fi series in its ever-growing and impressive list of originals.

As it stands, I guess fans will never learn the fates of Wolfgang, who was being tortured, or the other psychically connected sensates who captured Whispers in the now series finale. That’s a shame.